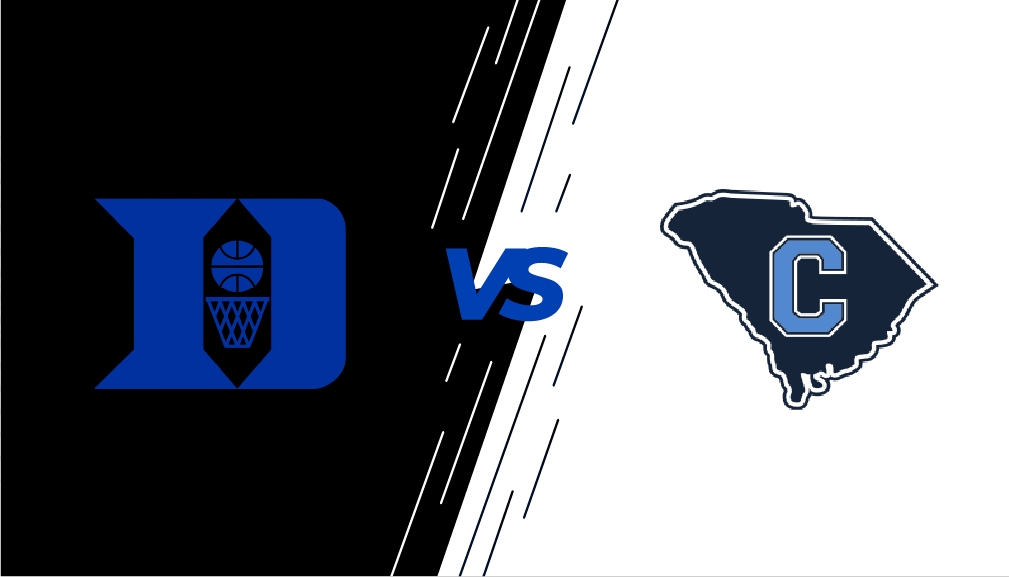 By Brian HoraceNovember 22, 2021No Comments

The Bulldogs went from a 0-18 mark in conference to 5-11 last year but lost their two of their main weapons on offense in Kaiden Rice and Fletcher Abee to the transfer portal.

Hayden Brown and Tyler Moffe have emerged as the leaders in their absence with Brown leading the team in scoring and rebounding at 17.8 and 10.5 coming off of his campaign last year where he was named first team all-conference. Brown hasn’t shot the ball well from 3 this season but is definitely capable of knocking it down but most of his work is done in the paint and the mid-range. He’s a crafty scorer who is stronger than he may appear. He finds ways to get open and score in his guard /forward hybrid role. He is capable of getting hot if Duke doesn’t shut him down early. His game compliments the Citadel 3-point shooters well. Moffe is the the high assist man at 4.5 per game to go along with his 12 points.

The Citadel is averaging 89.5 points and 12.8 made three-pointers per game over its 3-1 start, which has included a pair of wins when surpassing 100 points. Behind 27 points (8-of-14 from three) from freshman Jason Roche, the Bulldogs won at Pittsburgh, 78-63, in the season opener. Roche is averaging 16.8 points per game and is shooting an average 9.5 3 point attempts per game and a percentage of 44.7% a game so far.

Size isn’t something the Blue Devils will have to worry about with the Bulldogs who have 4 players between 6’8 and 6’9. Stephen Clark being the main option in the post for The Citadel, Clark averages just under 10 points a game and is willing to take shots in the mid-range if left open but shouldn’t pose much of a matchup concern for Duke’s talented from line.

Capping a stretch of five games in 10 days, No. 7 Duke welcomes The Citadel for a late Monday tip at Cameron Indoor Stadium. The Blue Devils, who have opened a season 5-0 or better for the 14th time in last 20 years, host a Bulldog team that is 3-1 with a road win at Pittsburgh to open the season. Duke has held four consecutive opponents to less than 60 points — tied for the second longest streak in the Mike Krzyzewski era. It happened five straight games in 2019, 2007 and 1981.

Paolo Banchero is leading the team in rebounds at 8 per game to go along with his 15.8 points and freshman Trevor Keels is ranked fourth in the ACC (32nd nationally) in assist/turnover ratio (+4.00) and as a team, Duke ranks second in the ACC and 20th nationally in that category (+1.76).

Mark Williams is averaging 3 blocks per game and had his third career double-double in Friday’s win with 14 points and 15 rebounds, including a career high eight on the offensive glass. Through five games, Duke is holding opponents to just .375 from the field, .255 from three-point range and averaging 9.6 steals per game and forcing 15.4 turnovers per game turnovers owning a +60 margin in points-off-turnover scoring (98-38). Duke’s three-point defense is second in the ACC and 38th overall. The Blue Devils are ranked ninth in defensive efficiency and 13th in offensive efficiency by KenPom — one of six teams ranked in the top 15 of both metrics (Gonzaga, Kansas, Michigan, Baylor, Houston). Following Monday’s game, Duke plays No. 1 Gonzaga in Las Vegas and No. 19 Ohio State in Columbus before its next home game on Dec. 14.

Duke continuing to apply pressure defense on the perimeter should once again rule the day. I could see the Bulldogs utilizing some drive and kick with Brown looking to get into the teeth of defense to open up shots for 3 point shooters. There should be no need for Duke to be bothered by this if they continue to stay in front of guards defensively. There should be no need for Duke to double in the post but I could see them practicing some of it in advance of games where their opponents have a better offensive big to work on their defensive rotations. This game would present another opportunity to build confidence and continuity for freshman AJ Griffin who exploded for 18 points in Duke’s win over Lafayette. I wouldn’t be shocked to see Griffin get early minutes possibly even becoming the first or second off the bench in this game.

The Duke coaches will have to monitor the team looking past the Citadel to Gonzaga, keeping a young team in the moment both before and after the game in Vegas will be a tough task if history is any indication. Duke should win handily, hopefully avoiding their sluggish pattern in first halves as of late.