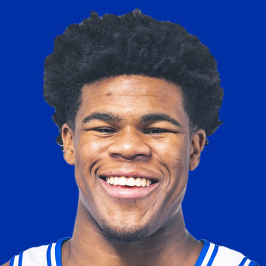 By Brian HoraceOctober 23, 2019No Comments

SPRINGFIELD, Mass. – Duke freshman Vernon Carey Jr., is one of 20 named to the watch list for the Kareem Abdul-Jabbar Award, presented annually by the Naismith Memorial Basketball Hall of Fame to the top center in college basketball.

A five-star recruit from Southwest Ranches, Fla., Carey is a two-time gold medalist with USA Basketball having helped the 2017 U16 team and the 2018 U17 team to titles. Carey was the fifth ranked player overall in this class, the No. 3 center, and a 2019 McDonald’s All-American. He averaged 21.7 points, 9.0 rebounds and 1.1 blocks per game his senior year at NSU University School.