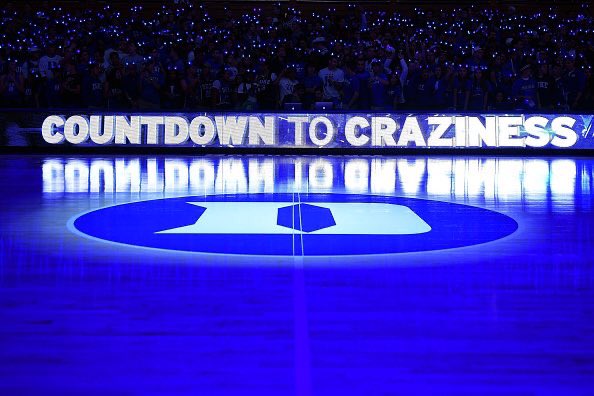 Quotes from Countdown to Craziness

By Brian HoraceOctober 19, 2019No Comments

A little more on Countdown to Craziness

“Tonight was great. First of all, thank you to our fans, what a great show, what a great night. It was a beautiful day. We got here early this morning, there were hundreds of students here already out. Shoutout to my daughter Debbie, she’s the one who produces the whole thing. She takes so much after her father, it’s unbelievable. But our kids, one, I think they’re exhausted after one minute because they’re so hyped up. It’s kind of like when you play a big game here, you better have subs because they use emotional energy right away. But good stuff, we’ve had really good practices. This is our 17th practice, so today is a practice and we’ve been stressing defense and we think that because we don’t have the separation on this team that we’ve had in the past few years. So that’s not bad, if there’s enough guys who can play and we have enough guys who can play and they don’t have to play tired. And so, we feel that will help us on the defensive end and the kids have worked real hard. I’ll say what’s obvious to me, it may not be obvious to a few of you, that Vernon Carey played really well and he’s really come on. You know, he never really played inside in high school and so he’s really learning the game and every time he touched the ball tonight, the next thing that happened was good. He actually was a guy that you could play through tonight, and that was something really good to see and as a result his team didn’t take as many threes, you had more assists, it kind of gave a rhythm to his team and that was good. The other kid who played really well was Justin Robinson. He’s in graduate school, he’s actually in exams right now. He’s taken two days of exams at our Fuqua School, and tomorrow he has a three-hour exam, but he’s the best talker out there and he knows the game well and playing with Vernon, Vernon kind of started talking more, it kind of gets contagious. Overall, it was good. The kids really get along, they play hard, they practice hard, and it’s a little more of an old-fashioned team for us and I think it can get better. I know it’s going to get better as long as we stay healthy because they work, they listen, and they’re learning, and they’re learning how to play with one another. But a starting five is not a goal. If we get a couple kids separated like Vernon, he did that tonight, then that would be cool, but right now, just putting it in on the defense and watching our kids develop and see what happens.” On if playing inside comes naturally to Vernon Carey
“He’s fifteen pounds lighter, he’s playing where he knows he can get the ball. Literally, he has not played at the post, so his footwork and all that, that comes about from his work with us and our staff since about the second week of July, so he wants to get good. I think the less weight, he’s been a good runner. Tonight was outstanding for him.”

On Alex O’Connell
“He’s playing more like a junior. Alex’s been giving us good practices. I’m not going to grade each guy though, we sound like parents out here, like ‘How’s my son doing?’. But Alex should be a key player for us. He was last year, against Virginia Tech in the Sweet Sixteen, he played 35 minutes up at Syracuse when we won a big game. So he should play like a kid who’s done something before.”

On calling his team “old-fashioned”
“We have players from all classes that can play, including a graduate student, which we don’t usually have. As a result, everyone feels like they’ve got a chance and they’re working at it, and so they come and compete everyday and they’re making each other better. Somedays some guys look better than others, and then other days those guys look better and so that’s more of an old-fashioned type of situation and even for our practices we haven’t declared like these are the five white shirts, we mix and match them, we tell them like even in the game, you got someone who’s playing well, they’re going to play more. It’s kind of refreshing and I like it and we’ll see how it translates into wins and losses, especially in our league, our league is wide open, we don’t have the veteran teams. Last year was a gauntlet for everybody, and this year everybody will have a chance depending on injuries and development and so we’re healthy, we are developing, it’s October 18, I think it’s going well.”

On separation of his players
“Really over the last few years, there’s been a few guys who are lottery picks already. Whether it be (Marvin) Bagley or (Jayson) Tatum or (Brandon) Ingram, and [R.J. Barrett and Zion Williamson] last year, and then Cam, we don’t have that. And that doesn’t mean that some of these guys won’t be pros or first round picks, but they still have a lot to develop, which is kind of exciting. And those kids developed last year too, but they were already ahead, they were in the top percentile, but our kids are good, we have good players, so it’s more like that. And they’re good kids, they listen, they work hard, they want to be together and they allow us to coach them.”

On the atmosphere in Cameron tonight:

“It was pretty incredible. As soon as we got out of the locker room and we go down to the court and we’re just waiting until we run out onto the court for the first time. Just kind of seeing all the chairs packed and everyone’s got their little lights and it’s all set up for the showcase of Countdown. Just being out there waiting for it to all go off, it was pretty surreal. Just soaking that in was special and obviously, shout-out to all the fans – they make the environment what it is, and their energy and as well as all the people who did their thing before us. We were watching the National Anthem and everybody doing their thing. I think it was just great night, a great night of entertainment and fun and obviously competitiveness for us. It was a great way to kick off our year and I’m just excited for what’s ahead.”

“We’re always competing, whether it’s on the court or we’re playing video games. It never stops.”

“It was exciting just to see everyone out there. Being my first time in Cameron, playing in there, it was just a great experience overall. [I was nervous] at the beginning, but after the intro I was pretty much ok.”

On the biggest adjustment to the college game:
“Just getting in better shape, getting stronger, and just being more physical.”

On his versatility on offense and how he hopes to display that this season: “Just wherever Coach [Mike Krzyzewski] puts me, I feel like I can produce from that spot. I’m just working on my versatility.” 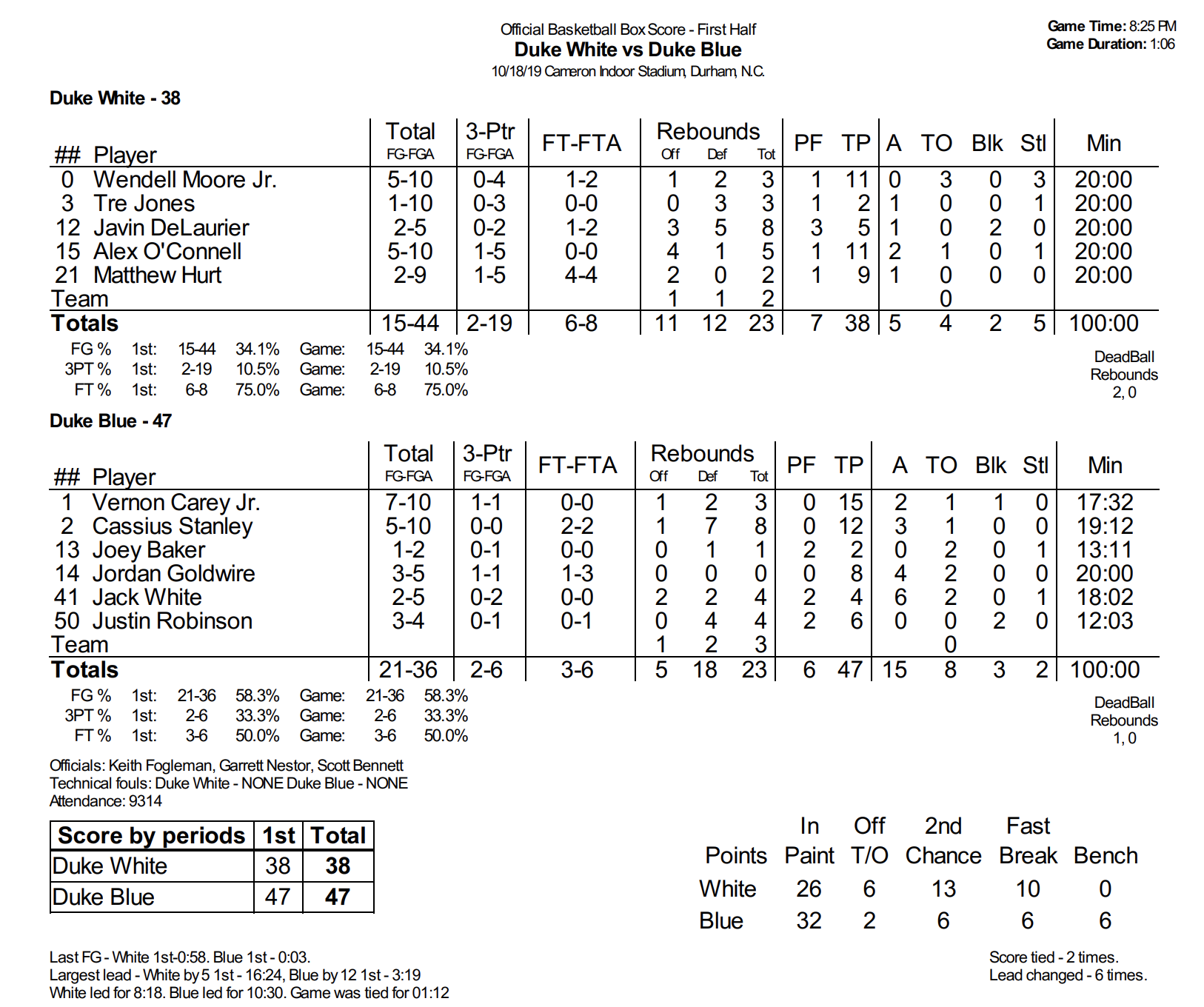