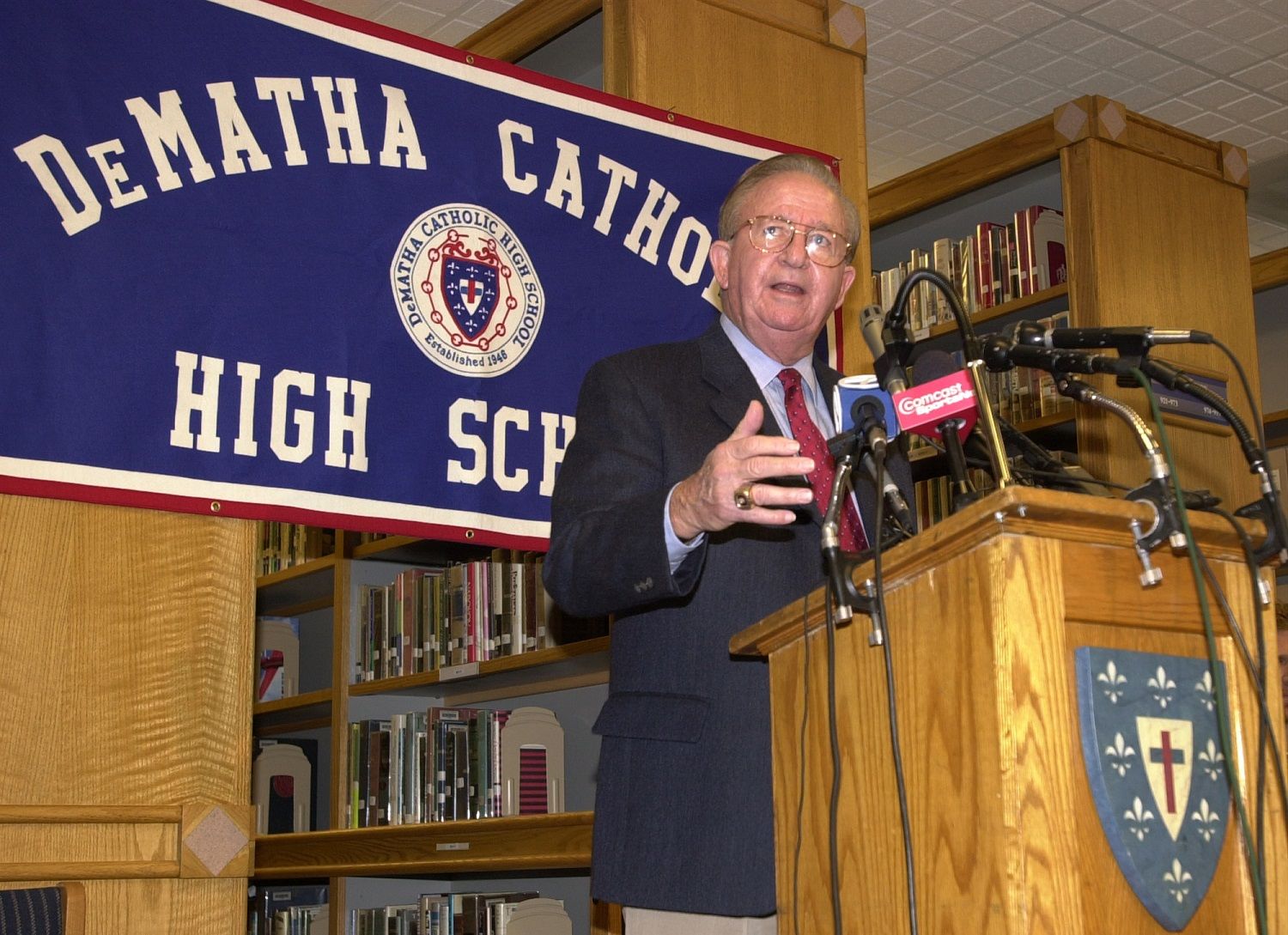 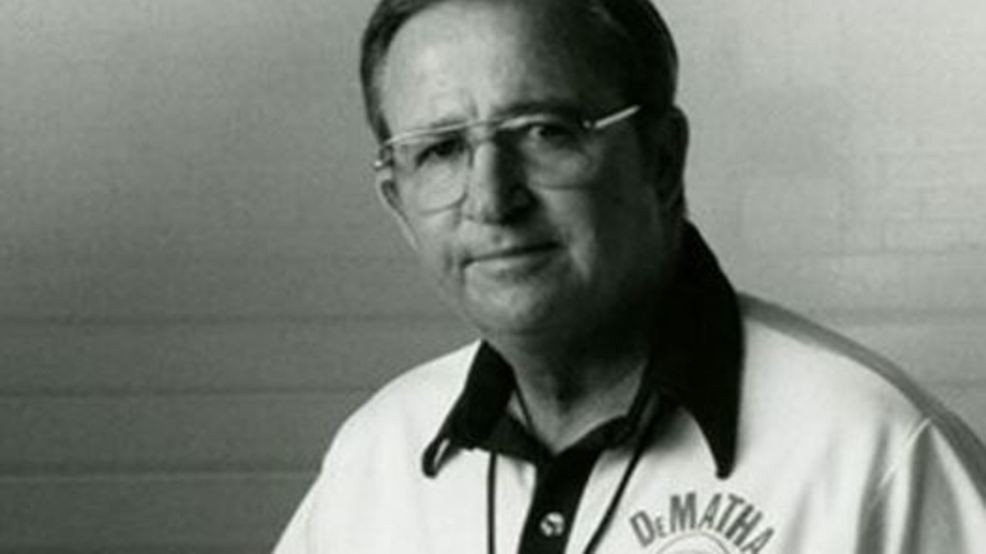 Morgan Wootten, In addition to being the best high school basketball coach, maybe one of the best coaches period in the sport.  He’s one of only 3 high school coaches to ever be inducted into the Naismith Basketball Hall of Fame, following Ernest Blood and before Bob Hurley. Most don’t realize he was one of the first high school basketball coaches to actively recruit players – drawing on the talent from public high schools. Wootten was also one of the first coaches to play a national schedule, playing the best schools from all over the country eventually making Washington D.C. a huge recruiting hot bed for college coaches. He coached Danny Ferry, Adrian Dantley and others – more than 150 of his former players played college basketball and a dozen or so of his players went on to play in the NBA. He turned down opportunities to coach at Virginia, Wake Forest, North Carolina State and Duke to remain a high school coach.

Wooten Coached DeMatha Catholic High School for 46 years. During that time his record was 1,274 – 192, winning five national prep championships, 22 Washington, D.C. titles and 33 Washington Catholic Athletic Conference crowns. At the time of his retirement in 2002, Wootten had the most wins in the history of high school basketball. His teams won at least 20 games in 40 different seasons. He also published 5 books during his time as a coach including: