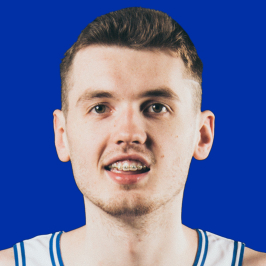 By Brian HoraceOctober 16, 2019No Comments

SPRINGFIELD, Mass. – Duke freshman Matthew Hurt is one of 20 named to the watch list for the Julius Erving Award, presented annually by the Naismith Memorial Basketball Hall of Fame to the top small forward in college basketball.

A five-star recruit from Rochester, Minn., Hurt is a two-time gold medalist with USA Basketball having helped the 2016 U16 team and the 2018 U18 team to titles. Hurt was the 10th ranked player overall in this class and was the AP Player of the Year in the state of Minnesota last season. He averaged 37.5 points and 12.4 rebounds in high school for John Marshall, graduating with 3,550 career points and 1,451 career rebounds.

Julius Erving attended the University of Massachusetts and averaged 26.3 points and 20.2 rebounds per game, making him one of only six NCAA men’s basketball players to average more than 20 points and 20 rebounds per game. After two seasons, Erving made the jump to the American Basketball Association and was the league’s most recognizable player when it merged with the National Basketball Association in 1976. During his professional career, Erving won three championships, four most valuable player awards and three scoring titles. In 1996, he was named a member of the NBA’s 50th Anniversary All-Time Team.

New to the award this season is Fan Voting presented by Dell Technologies in each of the three rounds. By mid-February, the watch list of 20 players for the Erving Award will be narrowed to just 10. In March, five finalists will be presented to Mr. Erving and the Hall of Fame’s selection committee. The winner of the 2020 Julius Erving Award will be presented at The College Basketball Awards presented by Wendy’s in Los Angeles on Friday, April 10, 2020.