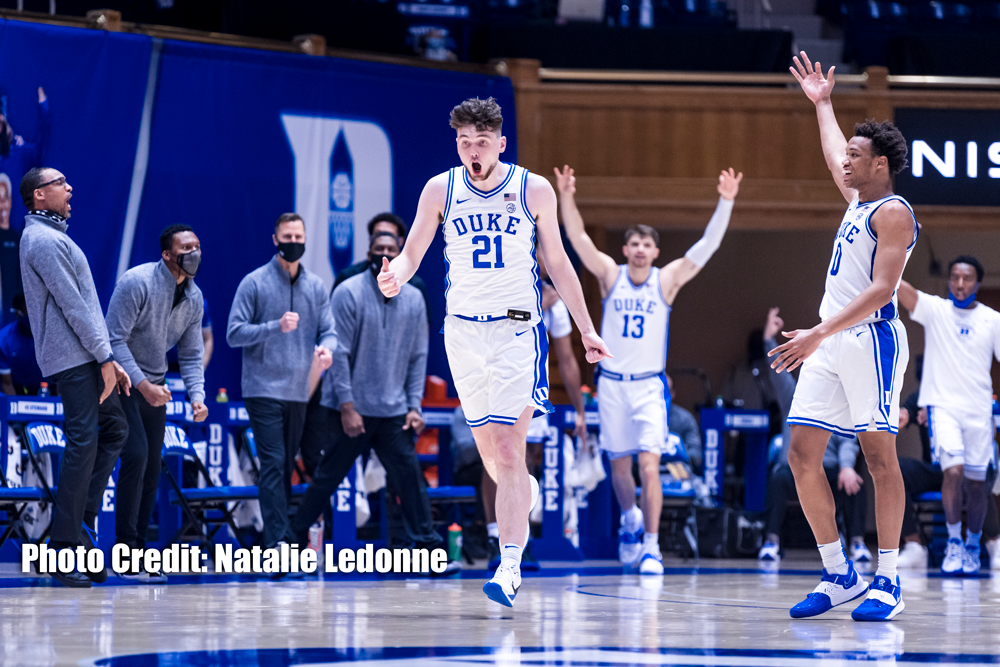 By Brian HoraceMarch 16, 2021No Comments

Duke sophomore Matthew Hurt has been voted the U.S. Basketball Writers Association (USBWA) District III Player of the Year, while also being named to both the USBWA and National Basketball Coaches Association (NABC) All-District Teams.

A Duke player has been listed on an NABC All-District Team in 25 consecutive seasons and 45 of the last 46 years. Hurt’s selection marks the 98th all-time choice from Duke – 70 have come under Coach K.

Recently tapped the ACC’s Most Improved Player while picking up All-ACC First Team honors, Hurt finished the season as the league’s leading scorer at 18.3 points per game overall and 18.6 points in conference-only games. He shot 164-of-295 (.556) from the field, which ranks second in the ACC and 38th nationally, while his 2.33 made three-pointers per game are fourth-most in the conference.

A native of Rochester, Minn., Hurt posted 20+ points on 11 occasions and registered three double-doubles. His 37-point outburst on 15-of-21 shooting against Louisville on Feb. 27 is the highest-scoring game by an ACC player this season and the highest by a Blue Devil since Grayson Allen’s 37 in November of 2017.

Of all returning ACC players, Hurt’s points per game improvement of +8.6 from last season (9.7 to 18.3) is second-best in the league. He also increased his field goal percentage from .487 as a freshman to .556 this year, while his three-point accuracy rose from .393 to .444 and his rebounding numbers nearly doubled from 3.8 to 6.2 in his sophomore campaign.