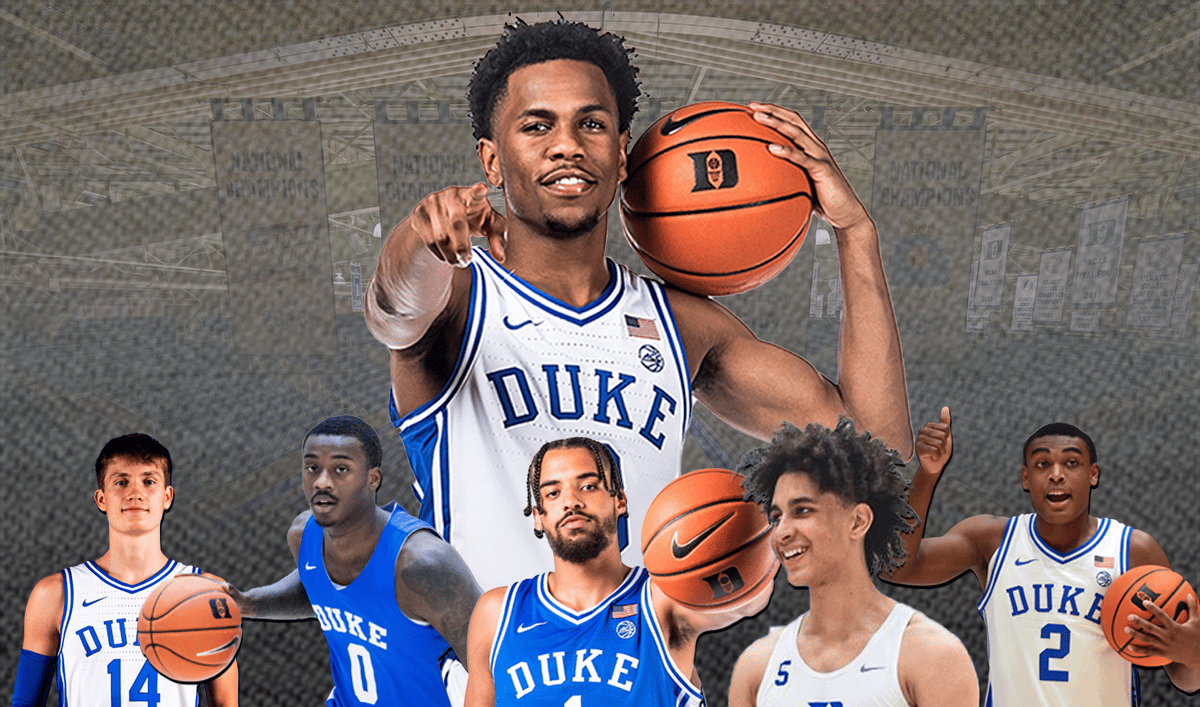 Part 1: Jeremy Roach and the Backcourt

By Brian HoraceOctober 13, 2022No Comments

For quite a while now, the only constant about Duke basketball has been change. The one-and-done era has been a revolving door of players making an ephemeral stay in Durham. It’s not to say those players were not vital, they were, and the moments they have provided have been legendary. With the 2022-2023 season upon us and a new head coach, Jon Scheyer, the Blue Devils are grateful to have what they have sorely lacked – a junior at the point guard spot. Jeremy Roach was a huge factor in Duke’s Final Four run, putting together probably his best 5-game stretch of the season averaging 11.8 points and 4 assists in the NCAA Tournament. Roach also averaged 3 turnovers per game during that run. Roach has been given the keys to the car but will need to take that next step, not only as a decision maker but as a leader.

There are several areas where both Jeremy and the staff would love to see upticks in production. Roach is a career 32% shooter from beyond the arc and in the NCAA Tournament shot just 2-13 from 3 (15.4 %). If that number can improve to 35 or 36% for the season with the skill Roach has driving the ball, it makes him that much harder to handle from opposing defenses. Secondarily, at Duke, Roach has averaged 1.7 turnovers per game – a good number, but as mentioned earlier 3 turnovers per game during the NCAAT. Decision making will be key for the junior guard who will have more opportunities and the ball in his hands a lot more.

Roach this season may have the most help in the backcourt as any guard recently at Duke, but that talent is unproven and young for the most part. Duke does return a sophomore Jaylen Blakes, but as a freshman Blakes played a total of 94 minutes where his shot, for lack of a better word, looked broken. Blakes has put in the requisite off-season work, including playing for the USA East Coast Basketball team that competed overseas honoring the original Dream Team. Blakes’ squad, consisting of top collegiate players from around the country, were led by NBA and college coaches. Blakes does have the intangibles to be a good defender, the will, the body type and peskiness. I see his main contribution being on the defensive end. I do expect him at times to spell Jeremy Roach in the backcourt in small stretches but his ability to run the offense and hit shots consistently will be the tale of his minutes allotment.

Where the Blue Devils are looking to get the bulk of their help for Jeremy Roach in the backcourt is through recruiting. The Blue Devils brought in the number 1 recruiting class and a lot of guard help to put next to their returnees. Dariq Whitehead headlines a strong group and he may be the most ready to contribute amongst the freshmen. While listed as a forward, Whitehead will do most of his damage from the perimeter as a ball-handler/slasher and shooter. Whitehead is an alpha on this team and comes in with a reputation as a guy who can take over games and fill up the basket. Whitehead averaged 16.5 points and shot 51% from the field in 11 games with Team Durant on the Nike EYBL circuit in 2021 and expectations are high for him this season in Durham.

The Blue Devils also signed a 4 star shooting guard out of Yorkville Christian School in Illinois. Jaden Schutt may not be a super high ranked player but he comes in with a desired skill – shooting. Schutt made 217 three point shots in his first 3 seasons at Yorkville and averaged 26 points in his junior season. While shooting is a skill that can transcend levels, an underrated part of Jaden’s game is his athleticism. Schutt is a strong finisher and playing him simply for the outside shot will be a mistake that defenses only make once. The question for Schutt will be whether he can match the physicality and the speed of Division 1 basketball in order to ensure he gets to take those shots. I think Schutt more than any other player will benefit from the preseason opportunities provided in the summer workouts, secret scrimmage and Duke’s exhibition game.

The other freshman in Duke’s recruiting class for the backcourt is a reclassification from the 2023 class. Tyrese Proctor originally signed then reclassified as a spot opened up when Trevor Keels kept his name in the NBA Draft. The Australian guard averaged just under 14 points a game in the Australian under-20 Championships to go along with his 4 assists. Proctor is a crafty guard with elite court vision and shoots the ball well from 3. Proctor should be able to play either guard spot for the Blue Devils and plays well both with or without the ball in his hands. A heady player who looks reckless but finds his teammates well in traffic and can get his own shot. Proctor shoots it well and can shoot it coming off of curls and screens.

Jon Scheyer brought in a lot of talent at the guard spot but the common denominator of that talent is youth and unproven youth at that. Enter grad transfer Jacob Grandison. A lot was made during the early days of the offseason – was Duke going to land this transfer or that? The consensus was that there was a need for a proven entity and Duke got that in the 24 year old Illinois transfer. In 30 games last year, including 23 starts, Grandison shot 41% from beyond the arc averaging 4.5 attempts per game. He also rebounds the ball well from the guard spot, averaging 3 per game for his career. Grandison has been elite on catch and shoot and spot up situations and reads what defenses are doing at a very high level, and is able to react in real time.  Grandison also brings, along with his experience and headiness, versatility. While his numbers from beyond the arc jump off the page for a Duke team that will need it, his ability to create off the dribble and hit in the mid-range is a quality that will serve him well in the ACC. He’s played in tough games and in tough environments and has acclimated to each new challenge well. His ability to play as well as guard multiple positions will ensure he stays on the floor. He could very well be the difference maker in a very talented backcourt.

With youth comes question marks and how quickly Jon Scheyer and his staff can get this talented backcourt up-to-speed will be the story of the preseason. If roles can be defined early and they can get enough reps in as a unit this can be one of the more dynamic backcourts the Blue Devils have ever had. There will be stumbles along the way, but by mid-season this could be a very fun group to watch.