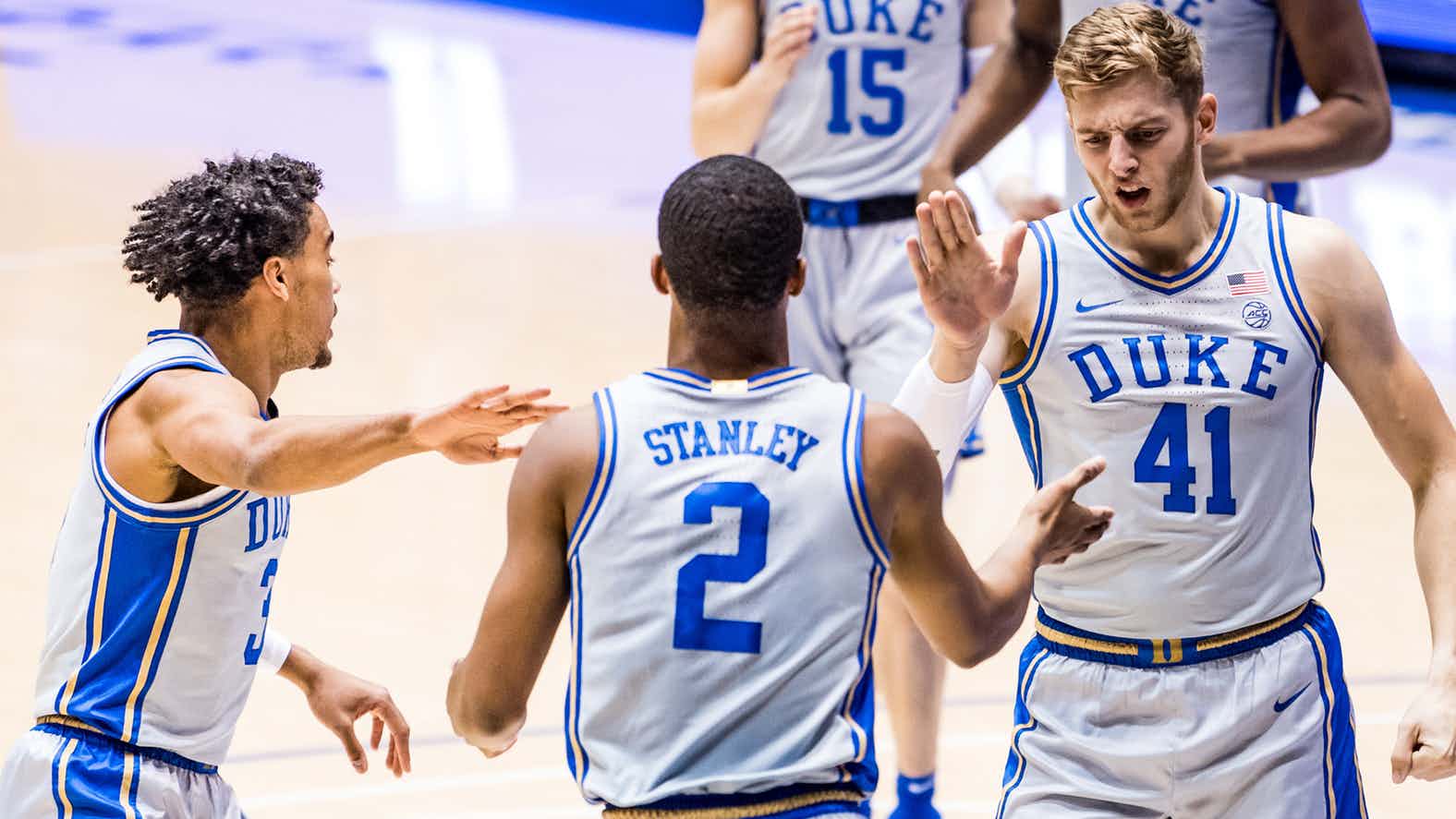 By Brian HoraceNovember 15, 2019No Comments

It was a game of regression for Duke in a lot ways Friday night. The Blue Devils struggled mightily against the Georgia State Panthers but eventually pulled away for a 74-63 win. Duke turned the ball over consistently in the first half to the tune of 10 for 7 points by the Panthers. Duke also shot awfully from the free throw line, shooting 5-10 in the first half. Duke also for the first time this season struggled defensively giving up 50% shooting from long range in that half the ended with Duke taking a 2 point lead (36-34) on a Matthew Hurt put back of a Tre Jones miss.

Duke used a 20-4 run with the score tied 40-40 triggered by a Tre Jones explosion and Joey Baker hitting from the outside breaking the Panther zone. Jones put the Blue Devil team on his back scoring a career high 31 points, Jones added 4 steals and 6 assists – shooting 10-19 from the floor and 4-8 from 3 point range. Vernon Carey added 20 points and 14 rebounds for the Blue Devils. Joey Baker was the only other Blue Devil to shoot over 30 percent hitting on 3 of his 6 shots and going 2-5 from 3 point range.

The 4 guard lineup gave the Blue Devils fits on both ends of the floor, coupled with a zone that dared Duke to shoot from the outside. Defensively and offensively it was a step back for the Blue Devils but a lot to work with in terms of film.

The Blue Devils shot only 25% from beyond the arc and only 58% from the free throw line in the game. Surprisingly Duke only managed a 34-30 advantage in paint points vs the smaller Panthers. Both teams ended the game with 17 turnovers and each had 19 points off the others turnovers. The difference in the game was Dukes ability to get an advantage on the offensive glass of 30-8 and convert that into an 8 point advantage in second chance points.