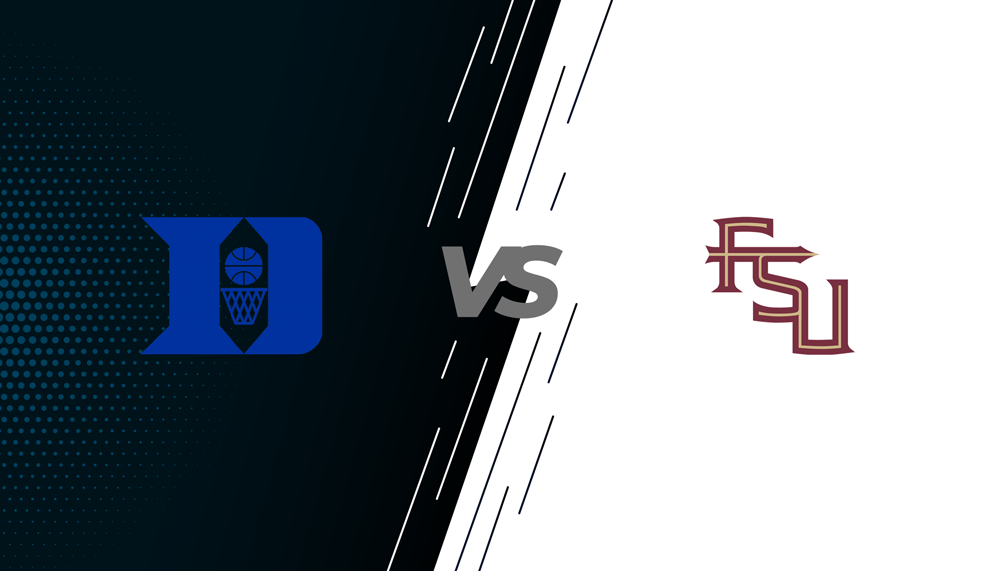 By Brian HoraceDecember 30, 2022No Comments

After a 10-day break for the holidays, No. 17 Duke hosts Florida State at Cameron Indoor Stadium for a New Years Eve matinee.

Duke is 42-11 all-time versus Florida State, which includes a 23-2 mark in home games — all coming at Cameron Indoor Stadium. Duke has won six of the last seven, and 10 of the last 12, in the series, including last year’s 88-70 win at Cameron Indoor on Feb. 19. Duke lost a month earlier last season in Tallahassee, 79-78, in overtime — its lone ACC road loss last season. Duke and FSU clashed for the 2019 ACC Tournament title — a 73-63 Duke win behind 21 points from Zion Williamson. FSU head coach Leonard Hamilton is the winningest active coach in ACC wins (regular season and tournament) and ranks fifth all-time behind Mike Krzyzewski, Dean Smith, Roy Williams and Gary Williams.

Duke is coming off a 10 day break and their first ACC road loss to Wake Forest 70-81. The Blue Devils were without freshmen Dereck Lively and Dariq Whitehead who missed the game due to illness.

The Blue Devils are allowing just 54.8 points per game and winning by an average margin of 25 points in Cameron Indoor where they are undefeated on the season. The Blue Devils are top 50 nationally in total rebounds per game (39.9, 38th), offensive rebounds per game (13.7, 13th), rebound margin (+9.5, 11th), scoring defense (60.4, 23rd) and scoring margin (12.5, 49th) — leading the ACC in rebound margin and offensive rebounds. Duke has held 12 of 13 opponents to below their season scoring average — six to its season low for points, including Iowa (21 points below) and Xavier (20 below). Four-time ACC Rookie of the Week Kyle Filipowski (right) leads Duke in scoring (14.4), rebounds (8.9) and steals (1.4) The versatile 7-footer is the nation’s best power conference freshman in rebounding and leads all NCAA freshmen with his six double-doubles. Filipowski opened his career by scoring in double-figures in each of the first 12 games. The deep and balanced Blue Devils have seen six different players lead the team in scoring over the last seven games, including a career-high 15 by freshman Dariq Whitehead vs. UMES and 17 by sophomore Jaylen Blakes at Wake Forest.

Jeremy Roach leads the Blue Devil in assists averaging 3.4 per game to go along with his 12.8 points per game. Leading scorer Kyle Filipowski also leads Duke on rebounding, pulling down 8.9 per game so far this season.

Coming into Friday, Florida State has won three of their last four games. The Seminoles enter their game against Duke with a 2-1 record in ACC play  a win total that includes a victories over Louisville (December 10, 73-55) and Notre Dame (December 21, 73-72).

Florida State’s game against the Blue Devils is its third of the season against a nationally ranked opponent following games against current No. 1/1 Purdue (November 30, 59-69) and No. 12/13 Virginia (December 3, 57-62).  The Seminoles games against the Boilermakers and Cavaliers came when both teams were ranked in the top five in the nation in both national polls.

Florida State limited its’ turnovers to a season-low five in its victory over Notre Dame on December 21 in Tallahassee and earned double figure assists – a feat they’ve accomplished in 13 of their first 14 games with single figure turnovers in five of their 14 games. Florida State has scored at least 73 points and is averaging 76.8 points scored per game in its last four games (307 total points) as compared to averaging 65.5 points per game in their first 10 games of the season (655 total points).

The Seminoles are lead by a pair of guards in Matthew Cleveland and Darin Green, both averaging 13.7 points a game with Clevelands also averaging 6.7 rebounds. Cleveland, a nominee for the prestigious Julius Erving Award as the nation’s top shooting forward, enters Saturday’s game against Duke with three consecutive double double scoring and rebounding efforts (16-10 against USC Upstate on December 13; 23-13 against St. John’s on December 17 and 19 and 12 against Notre Dame.  He is looking to become the first Seminole with four consecutive double double efforts since Douglas Edwards totaled four consecutive double doubles during the 1992-93 season. Kentucky transfer Cam’Ron Fletcher leads FSU in rebounding at 7.5 per game and Caleb Mill is the high assist man at 3.5 per game.

Duke has been prone to offensive lulls but the one constant has been their defense and rebounding – both were absent against Wake Forest. Duke will be playing a surging and desperate Florida State team in need of wins and the Blue Devils cannot afford to let up.  The Blue Devils also played with a lack of enthusiasm and energy at Wake and never truly threatened the Demon Deacons in the second half.  With what could be a sparse crowd with students being home for the holidays Duke may need to manufacture their own energy.

Duke will have to do a much better job locating shooters with 2 of FSU’s starting guards shooting over 40%. Chasing Cleveland and Green off of the 3-point line will be mission one for the Blue Devils, mission 2 will be to defend without fouling and if there’s a mission 3 it would be to limit the Seminoles to one shot per possession.