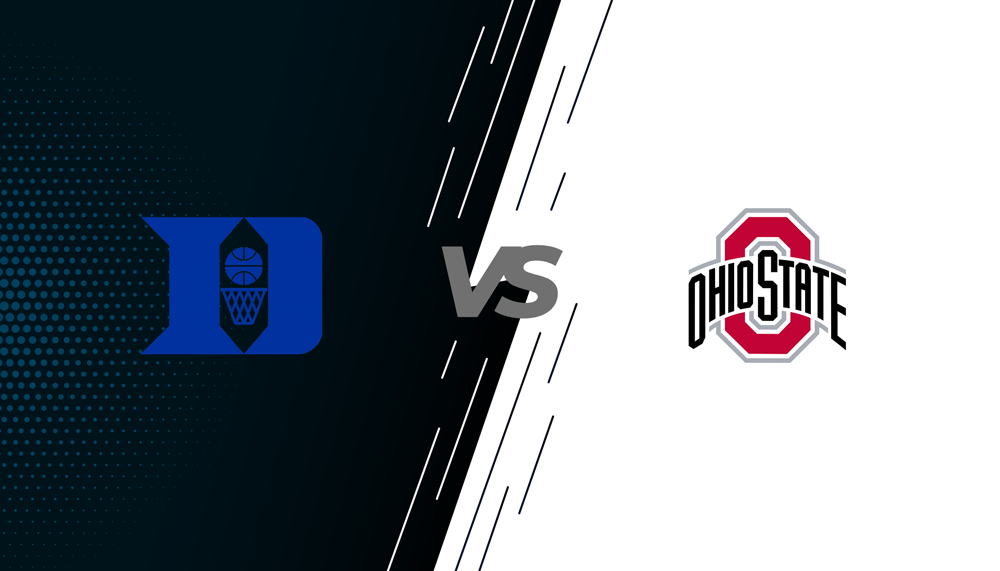 By Brian HoraceNovember 30, 2022No Comments

No. 17 Duke looks to rebound from a double-digit loss in the Phil Knight Legacy final closing out the season’s first month by welcoming No. 25 Ohio State to Cameron Indoor Stadium in the ACC/Big Ten Challenge on Wednesday night. In what will be the 24th and final year of the ACC/Big Ten Challenge, Duke owns the Challenge’s most wins — by six — and best winning percentage (19-4). Duke is 9-1 at Cameron Indoor in Challenge games and 2-2 versus Ohio State.

Ohio State represents Duke’s second of three Big Ten foes over a four-game stretch. Next Tuesday, Duke battles Iowa in the Jimmy V Classic at Madison Square Garden after opening ACC play Saturday vs. Boston College at Cameron Indoor. Duke has ushered in the Jon Scheyer era with a priority on defense and rebounding, ranking 19th nationally in scoring defense and 23rd in rebounding (41.9) after out-rebounding seven of its first eight opponents — the eighth best rebound margin in the nation (+11.9). The Blue Devils have posted a positive rebounding margin in seven of its first eight games, including a double-digit margin in each of the first six — the longest such stretch in program history.

Kyle Filipowski is Duke’s leading scorer and rebounder, averaging just under a double-double at 15.4 points and 9.4 rebounds per game.  The ACC Rookie of the Week in each of the season’s first three weeks, Filipowski has scored in double figures in all eight games. He’s fourth in the ACC in rebounds and has more boards than any Division-I freshman. Jeremy Roach leads the team in assists at 3.6 per game and is scoring at a 12.9 point per game clip.

Grad transfer Ryan Young is 10th nationally in offensive rebounds (4.1) and is rated by KenPom as No. 4 nationally in offensive rebound pct. (21.2). Junior Jeremy Roach was named to the Phil Knight Legacy All-Tournament Team after averaging 14.0 points with 11 total assists in Portland, including 21 points on 9-of-15 shooting in the semifinal win over Xavier. Freshman Tyrese Proctor (right) poured in a career-high 16 points on 7-of-13 shooting against Purdue while also tying for a team-high five rebounds against the Boilermakers. Proctor has a double-double (vs. Delaware) and has posted seven multiple-assist games.

Duke and Ohio State will meet for the second consecutive season in the ACC/Big Ten Challenge with the Blue Devils looking for revenge after falling last season in Columbus, 71-66, as the Buckeyes closed the game on a 14-1 run a year to the day of Wednesday’s game. The last four meetings between Duke and Ohio State have come in the Challenge — each team has won twice.

Ohio State jumped into the AP Top 25 this week after its 5-1 start, which includes two straight wins in the Maui Invitational over Cincinnati and then No. 21 Texas Tech. Senior forward Justice Sueing is coming off a career performance vs. Texas Tech, scoring a career-high 33 points. Sueing is averaging 14..5 pointers per game. The Buckeyes are led by freshman forward Brice Sensabaugh who averages 15.8 points per game. The leading assist man for Ohio State is senior guard Isaac Likekele at 3.5 per game. Junior forward Zed Key leads the team in rebounding at 8.5 per game.

Ohio State is a team that can get going in a hurry. Defensively for the Blue Devils rebounding is going to be important limiting second change points and being first to the ball in 50-50 situations will be a huge key.

Individually defending Sensabaugh will be tough. He’s their leading scorer and comes ooff the bench to do so. He’s a big body and can back defenders down – when he does his fadeaway is deadly – he does a lot of his damage from beyond the arc where he shoots 46.2% while taking 4 per game.

Zed Key is a load inside, even at just 6’8, he’s an effective player in the pain and is strong – Duke will have to counter with height but they will be giving up some size and strength no matter who they counter with. Duke cannot disregard perimeter defense, especially if they are switching, Sam McNeil is a very dangerous player – much like the guards Duke faced against Purdue Duke will have to have improved in that area – McNeil can get his on pull-its, coming off of curls and screens and if Duke gives him any perimeter daylight through switches or miscommunications he’ll knock it down. Justice Sueing is also a very effective player, most of his damage will be done going downhill off of drives to the paint and post-ups.

Offensively Duke will have to be more effective, it won’t much matter what Duke does defensively if they are continually unable to hit shots. Duke has to make their open 3’s bit moreover they cannot fall in love with the jumpsuit. The Blue Devils have to find ways of getting points in the paint – as it stands this is not a good jump-shooting team – that may change in time but currently they are not hitting shots whether they are open or not and that creates a margin for error that is minute to say the least – they have to be more than solid in all other facets of the game in order win.