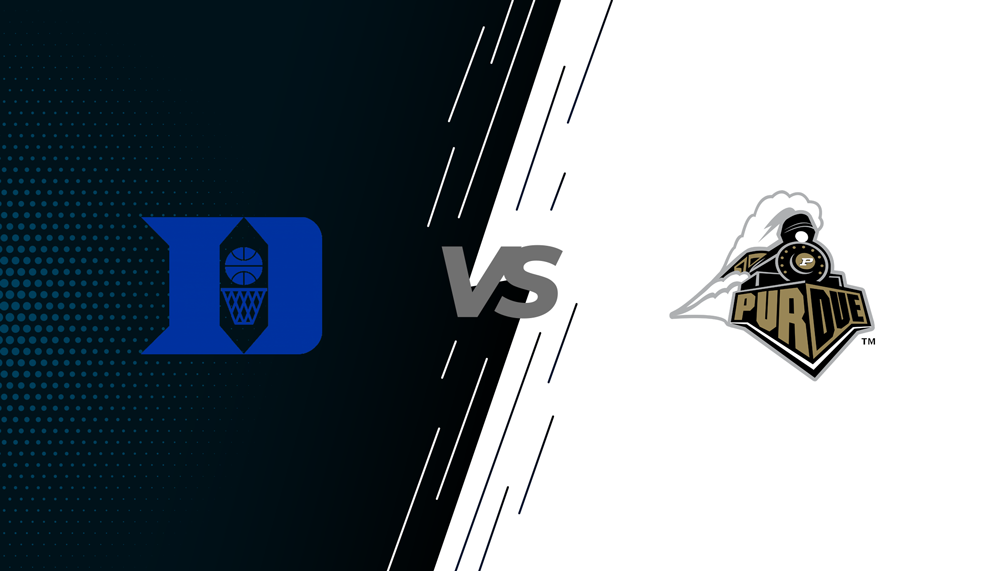 By Brian HoraceNovember 27, 2022No Comments

No. 8 Duke and No. 24 Purdue will battle Sunday afternoon in the championship game of the Phil Knight Legacy at the Moda Center in Portland. Duke has posted an .865 win percentage (83-13) over its last 33 in-season tournaments, winning 20 titles and reaching 21 consecutive title games. The last time Duke did not play an in-season tournament title game was the 1999 Coaches vs. Cancer Classic in New York. The Blue Devils are five years removed from winning the inaugural Phil Knight event in the Portland — the PK80 — beating Portland State, Texas and Florida to claim the title. Duke has made defense and rebounding a priority, ranking 13th nationally in rebounding (43.4), fifth in rebound margin (+15.1), second in offensive rebounds (16.4) and 11th in scoring defense (54.4). Duke has posted a positive rebounding margin in each of the first seven games, including a double-digit margin in each of the first six — the longest such stretch in program history.

The ACC Rookie of the Week in each of the season’s first two weeks, Kyle Filipowski is one of eight players nationally averaging at least 15.0 points and 10.0 rebounds — and the lone freshman. Through two games in Portland, Filipowski has 31 points and 18 boards. In total, Duke has 11 newcomers on the roster — seven freshmen — all recruited and signed by Scheyer which comprise the nation’s No. 1 recruiting class, and four graduate transfers. Of the newcomers, graduate transfer Ryan Young is seventh nationally in offensive rebounds (4.3) and is rated by KenPom as No. 4 nationally in offensive rebound pct. (21.3). Junior Jeremy Roach (right) scored 21 — one shy of career high — in Friday’s win over Xavier, while freshman Mark Mitchell scored 16 — his fourth double-digit game this season.

Filipowski leads the Blue Devils in scoring at 15.6 per game, he’s also the teams leading rebounder – averaging 10 per contest. Jeremy Roach is the high assist man for the Blue Devils, averaging 3.9 assists per game to go along with his 12.7 points per game average.

The Blue Devils will face a Big Ten opponent in three of their next four games, hosting Ohio State Wednesday in the ACC/Big Ten Challenge and facing Iowa in the Jimmy V Classic on Dec. 6 at Madison Square Garden. Duke’s ACC opener vs. Boston College is Saturday in Durham.

Duke has won two straight and three of the last four in the series versus Purdue, but the Boilermakers lead the series 4-3. The teams have not met since the 2010 Sweet 16 in Houston — a 70-57 Duke win en route to the Blue Devils’ fourth National Championship. Head coach Matt Painter is a 1993 Purdue graduate, who succeeded legendary head coach Gene Keady in 2005. Purdue’s Zach Edey and Duke’s Ryan Young are two of the nation’s best offensive rebounders, with Edey ranking first nationally (5.0 per game) and Young seventh (4.3). Edey played at IMG Academy (Fla.) and was on the 2019-20 squad with former Blue Devils Mark Williams and Jalen Johnson.

Purdue improved to 5-0 with an 84-66 victory over No. 6 Gonzaga in the Phil Knight Legacy semifinals in Portland. Purdue is now 5-0 for the second straight season after last year’s team started 8-0 and rose to No. 1 in the national rankings. Purdue is 5-0 (or better) for the second straight year for the first time since doing it in three straight years from 2008-09 to 2010-11. Purdue is looking for wins in consecutive games against top-10 non-conference opponents for the first time in school history. The last time Purdue defeated top-10 teams in consecutive games came in Feb. 2011 (No. 10 Wisconsin, No. 2 Ohio State).

No team has shot better than 42 percent from the field against Purdue in its five games this year. West Virginia is the best so far at 41.3 %. Purdue has made 83 free throws this season, while opponents have shot just 48.

Braden Smith was named the Big Ten’s Freshman of the Week after scoring 20 points with three assists and two rebounds vs. Marquette. Through two games in Portland, Smith is averaging 11.5 points, 5.5 rebounds and 4.5 assists per game. He is one of three high-major freshmen to average at least 11, 4 and 3 for the season (Arkansas’ Anthony Black, Baylor’s Keyonte George). In two games in Portland, Ethan Morton is averaging 6.0 points, 6.5 assists and 3.0 rebounds. He has 13 assists against zero turnovers.

Purdue presents a unique challenge, really for any team they face. Zach Edey is a behemoth inside at 7’4, 290lbs but his size, this season has been augmented by skill. Edey is a huge target for his guards, especially on drives to the paint and lob situations but he is also very adept at passing out of the post to find open shooters. The Blue Devils will have to do a much better job of ball pressure on the Boilermaker guards and the Duke bigs will have to do their work early defensively on Edey. Ideally we will see Duke make Edey work on the perimeter on the defensive end possibly in pick and roll situations. If the Blue Devils can get out in transition before the Boilermakers can set up their defense they will have much better success than in the half-court. Duke bigs running the floor for easy opportunities may be Duke’s best offense.