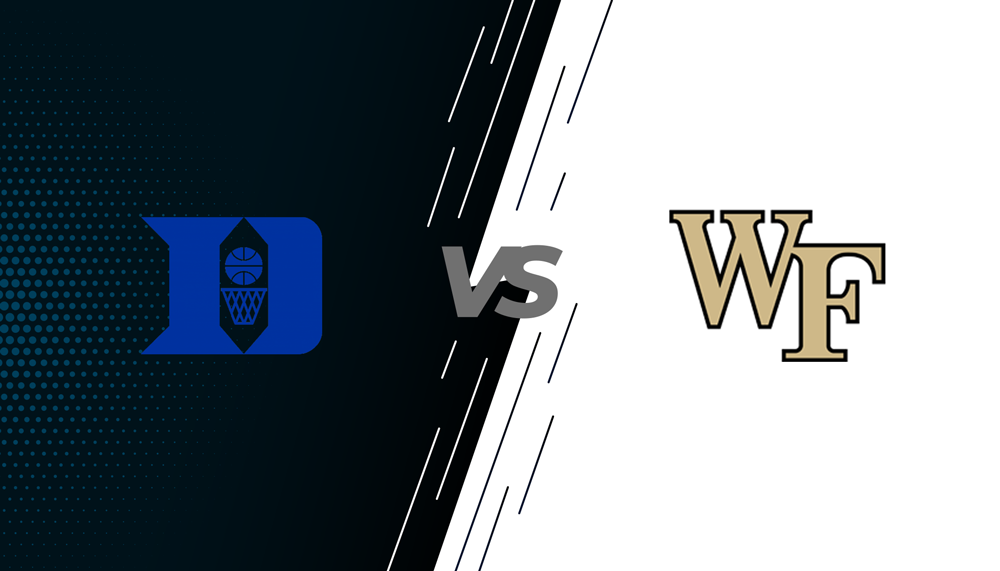 By Brian HoraceDecember 19, 2022No Comments

No. 14 Duke opens their road conference schedule traveling to Winston-Salem to do battle with the Wake Forest Demon Deacons in Lawrence Joel Veterans Memorial Coliseum.

Duke and Wake Forest will meet for the 258th time in a series that dates back to the 1905-06 season. The Blue Devils lead the series 178-79, including 52-40 in Winston-Salem and 19-12 at the Lawrence Joel Veterans Memorial Coliseum. When Duke played at LJVM last season, Jon Scheyer handled head coaching duties in place of Mike Krzyzewski (illness). The game on Dec. 20 in Winston-Salem marks Duke’s first road game this season, where the Blue Devils will put their eight-game road winning streak — all vs. ACC opponents — dating back to last season on the line. It stands as the longest active road winning streak in Division-I (as of Dec. 18). Duke won its final eight ACC road games last season — tied for the third longest ACC road win streak in team history. The team also won eight straight ACC road games in 2011-12.

After a nine-day break for final exams, No. 14 Duke puts two different winning streaks on the line Tuesday night with an ACC showdown at Wake Forest. The Blue Devils enter Tuesday’s game on a four-game winning streak and own an eight-game road winning streak dating back to last season, which is the longest active streak nationally. Following the Wake game, Duke has another 10-day break before hosting Florida State for a New Year’s Eve matinee. Duke’s light late-December schedule comes on the heels of playing 12 games over the season’s first 33 days — no power conference team played more. Duke’s grueling opening stretch — with no more than three days between any game and nearly 8,000 miles of travel — came against a schedule ranked 11th toughest nationally (sixth toughest by a power conference team). Duke’s past opponents are a combined 81-38 (.681). Duke is the nation’s best offensive rebounding team by grabbing 40.5 percent of its misses.

The Blue Devils are top 40 nationally in total rebounds per game (40.8, 19th), offensive rebounds per game (14.3, ninth), rebound margin (+10.9, fifth), scoring defense (58.7, 14th) and scoring margin (14.5, 33rd) — leading the ACC in each. Five Duke opponents — and four of the past six — have come versus teams ranked top 30 in KenPom (Kansas, Purdue, Ohio State, Iowa, Xavier). Four are top-10 in offensive efficiency. Duke has held every opponent below its season scoring average, including six to its season low for points. Iowa’s 62 points were 21 points below and Xavier’s 64 were 20 below.

Freshman Kyle Filipowski has scored in double figures in every game. His 14.8 points and 9.2 rebounds lead the team. The versatile 7-footer leads Duke in field goals, rebounds and steals. Junior Jeremy Roach leads the Blue Devils in assists at 3.5 per game to go along with his 13.1 points per game.

The deep and balanced Blue Devils have seen five different players lead the team in scoring over the last six games, including a career-high 15 by Dariq Whitehead (right) vs. UMES in his first career start — a game Duke started five freshmen for the first time in program history. Duke is 12th nationally (second in the ACC) in free throw percentage (.783), shooting .800+ in a game seven times this season — all coming over the last 10 games.

Wake Forest comes into Tuesday having had a tough stretch that saw them lost 3 out of their last 4 games including loses to LSU, Clemson and Rutgers. Guard Tyree Appleby leads the Demon Deacons in scoring and assists per game, averaging 18 points and 5.1 assists. Wake boasts 3 other double-figure scores in Damari Monsanto (10.4), Andrew Carr (10.1) and Cameron Hildreth at 12 points. Hildreth also leads the team in rebounds at 6.3 per game.

Despite their recent slide Wake is a well coached and talented team. They have weapons offensively and shoot the three fairly well. They are susceptible to be beaten off the dribble and give up a fair amount in the mid-range. Ball movement will be Duke’s friend, as will getting out in transition.

Duke’s perimeter defense will be tested by Wake’s shooters, they do not need a lot of space to get off their shots. Ball pressure will be paramount defensively. Offensively, the Blue Devils will have to be much more efficient, the pattern of offensive lulls could make Duke the get-right game for Wake, especially in Winston-Salem.