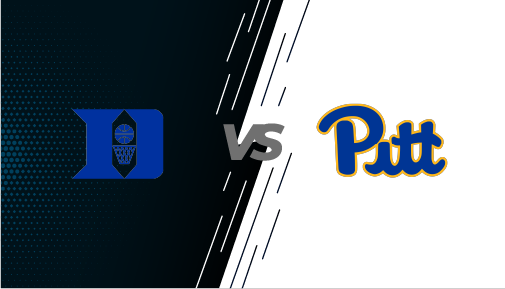 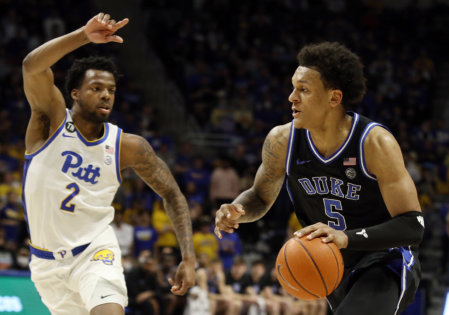 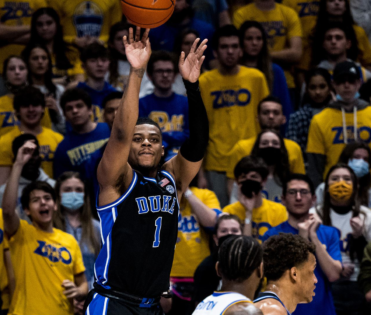 Duke did not show any signs of slowing down in the second half outscoring Pitt 50-37 in the half. Led again in scoring in the second half by Keels and Banchero the Blue Devils continued to score the basketball well and doing it multiple ways. In addition to shooting 5-11 from 3 in the Blue Devils scored 10 points off of Pitt turnovers. But the story of the night for the Blue Devils was Trevor Keels. Keels led the Blue Devils in scoring a career high 27 points off of 10-15 shooting including 5-8 from 3. Paolo Banchero was also hot for the road team scoring his 21 points off of 7-10 shooting and 3-3 from beyond the arc. Duke freshman AJ Griffin added 12 points in 5-7 shooting doing most of his damage in the paint and not his usual 3 point prowess. Griffin also led the team in rebounding, pulling down 7. Duke captain Wendell Moore Jr. added to Duke’s efficiency shooting 4-6 from the floor, grabbing 6 rebounds and dishing 5 assists in the win.

If the Blue Devils recent play is a trend then it bodes well for them going forward but there is still one game left and it’s hard to imagine the Blue Devil players aren’t feeling some sort of pressure. If the Blue Devils can approach the last home game of the season with the same focus they have their recent road games then the talent disparity should take care things.