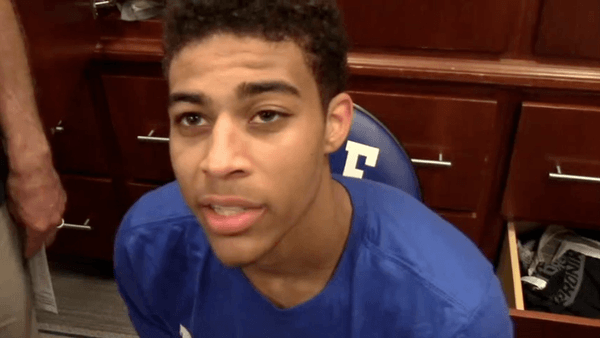 By Brian HoraceNovember 21, 2015No Comments

Coming off of a double-digit loss to Kentucky the Duke Blue Devils had a date with VCU in Madison Square Garden. Known as a physical, fast and swarming team a young Duke squad would need to do what it couldn’t do just days ago against Kentucky – be strong with the ball. The first half saw Duke once again struggle being strong with the ball. 7 first half turnovers were converted to 13 points for the Rams yet after being up 5 in the first half the lead was 1 at the halftime buzzer. A new look in this young season was sophomore Grayson Allen coming into the game off the bench. Grayson would use the demotion to his advantage to score a game high 30 points.

It was clear, after Duke’s last time out, Grayson was coached up. After only hitting 2 shots in the Kentucky game Grayson learned some hard lessons – like giving what the defense gives you. Grayson was able to successfully hit a couple of mid-range shots causing the defense to adjust and creating openings for Grayson to drive to get to the basket. The sophomore guard finished 9 of 15 in the game and hit 9 of 15, and 4-8 from three-point range.

VCU controlled the game for the first half and once the second half started, it appeared to be more of the same.  Once again VCU was able to take a 5 point lead but Duke did not wait too long before putting together the game winning run. Derryck Thornton had his best game of this young season with 19 points and 4 assists. The freshman guard helped key the run with his ability to get to the rim but also his ability to hit the mid-range jumper.

It was important for Duke to get points from its perimeter players as the early success Duke had with Amile Jefferson and Marshall Plumlee did not manifest in this contest. Jefferson and Plumlee only combined for 10 points and 10 rebounds. Duke eventually wore down the Rams and pulled away late, despite a horrendous shooting performance from the free throw line. For the game Duke shot only 55.9%. Duke took the game, winning 79-71.

With the breakout performance of Derryck Thornton Duke may have to keep him the starting line-up. 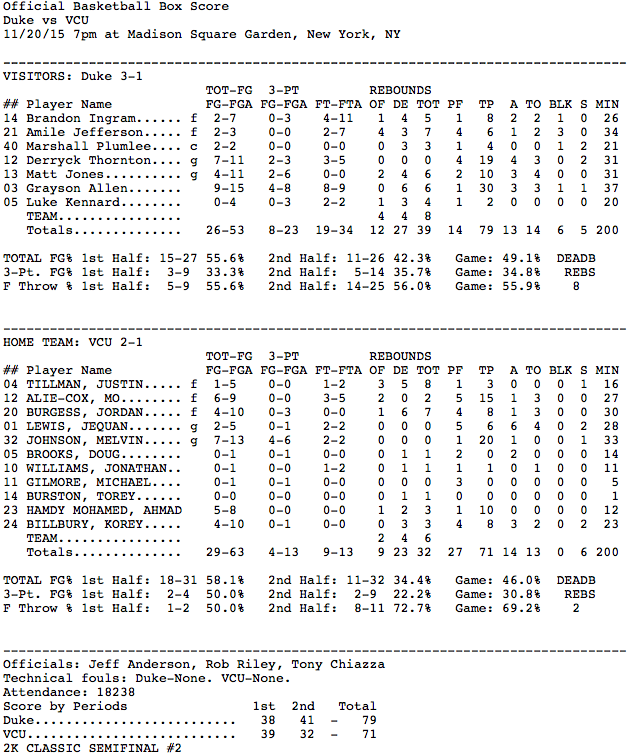