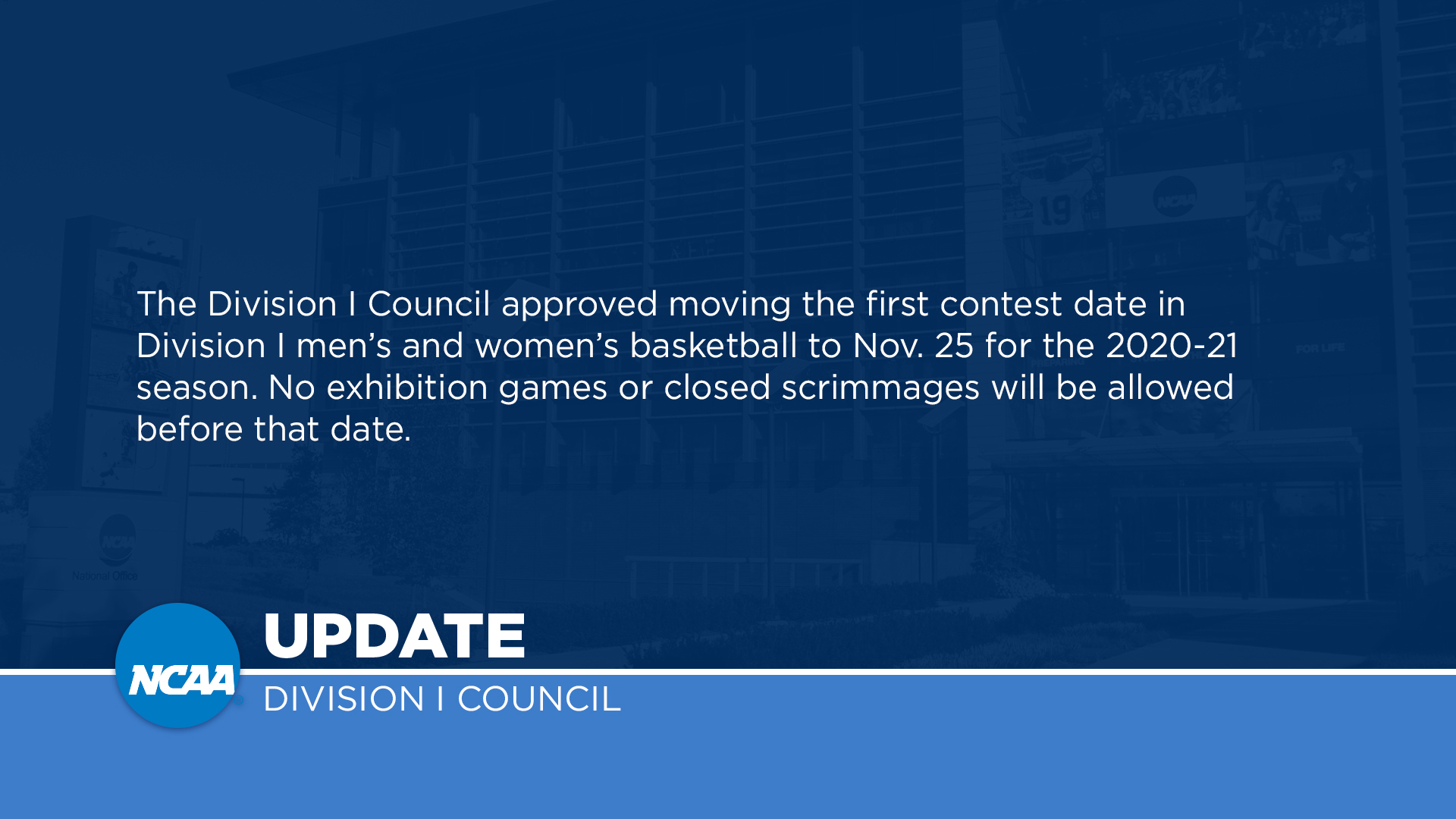 By Brian HoraceSeptember 17, 2020No Comments

Looks like we will have a College Basketball season, news we’ve all been waiting for. Now we have a date for full practice an an official start date for the 2020-2021 season. I’ll assume this is fluid and subject to change but here we go… here is the official release:

The Division I Council approved moving the first contest date in Division I men’s and women’s basketball to Nov. 25 for the 2020-21 season.

No exhibition games or closed scrimmages will be allowed before that date. Moving the start date back from Nov. 10 is intended to have contests begin when at least three-quarters of Division I schools will have concluded their fall terms or moved remaining instruction and exams online, creating a more controlled and less populated campus environment that may reduce the risk of COVID-19 that can occur between student-athletes and the broader student body population, the Division I Men’s and Women’s Oversight Committees said.

Teams will meet sport sponsorship requirements and be considered for NCAA championship selection if they play 13 games, which represents a 50 percent reduction of the current minimum. For NCAA championship consideration, all 13 games must be against another Division I opponent.  The Division I Men’s Basketball and Division I Women’s Basketball committees also recommended teams play a minimum of four nonconference games.

“The new season start date near the Thanksgiving holiday provides the optimal opportunity to successfully launch the basketball season,” said NCAA Senior Vice President of Basketball Dan Gavitt. “It is a grand compromise of sorts and a unified approach that focuses on the health and safety of student-athletes competing towards the 2021 Division I basketball championships.”

Programs can begin preseason practice on Oct. 14 and will have 42 days to conduct a maximum of 30 practices. During this time, players can work out up to 20 hours per week, four hours per day, and must have one day off per week. This model is generally consistent with the normal preseason practice period but permits additional flexibility for all teams to begin full practice on Oct. 14, regardless of when their first scheduled game occurs.

Council members also approved a transition practice period between current out-of-season activities and preseason practice. This transition period is designed to provide additional time for players to prepare for the upcoming season based on the mental and physical challenges basketball players are facing as a result of the pandemic. The transition period will occur Sept. 21-Oct. 13, and teams may participate in strength and conditioning activities, sport-related meetings and skill instruction for up to 12 hours a week, with an eight-hour limit on skill instruction. Players must have two days off per week during the transition period.