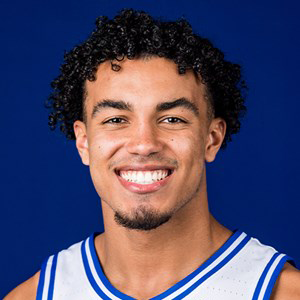 By Brian HoraceFebruary 27, 2020No Comments

DURHAM, N.C. – The Atlanta Tipoff Club has announced Duke sophomore Tre Jones as one of 10 national semifinalists for the 2020 Naismith Men’s Defensive Player of the Year Award.

Regarded as one the nation’s best on-ball defenders, Jones is averaging 1.7 steals per game, while on the perimeter Duke is limiting opponents to a .301 mark from three-point range — fourth in the ACC and 12th among power conference teams.

Jones, a three-time ACC Player of the Week, is one of two ACC players named as a semifinalist, alongside Virginia’s Mamadi Diakite.

The finalists for the 2020 Naismith Men’s Defensive Player of the Year will be revealed on March 12, with the winner announced on Sunday, April 5, during the Naismith Awards Brunch in Atlanta.