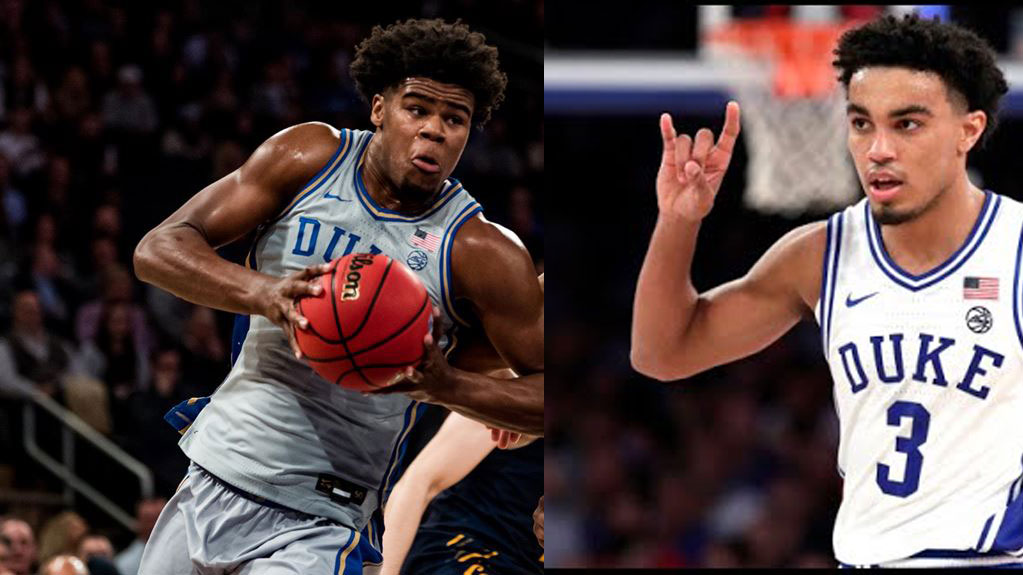 By Brian HoraceDecember 9, 2019No Comments

Jones played all but four minutes on the week, averaging 17.5 points and 8.0 assists, as Duke became the ACC’s first team to win consecutive road games this season. The Apple Valley, Minn., native posted his second double-double in the win at Michigan State, scoring 20 points and matching his career high with 12 assists and three steals, while holding MSU’s Cassius Winston to 4-of-14 shooting from the field. In Friday’s ACC opener, he netted 15 points to go along with six rebounds and four assists (10-5-2 in the second half) as Duke rallied from 12 points down to win at Virginia Tech for the first time since 2015. Defensively, Jones helped limit VT’s Landers Nolley (18.6 ppg) to a season-low seven points (zero in the second half), while holding the Hokies to a season-low 22 second-half points.

Carey earned his second ACC Freshman of the Week nod this season after another strong week, leading Duke in scoring at 19.0 points. The center from Southwest Ranches, Fla., also logged his NCAA-leading seventh double-double in the win at Michigan State with 26 points and 11 rebounds in 25 minutes. The performance was his fifth 20-10 game this season, as he finished 8-of-16 from the field and went a career-best 9-of-12 at the free throw line. With 12 points in Friday’s win at Virginia Tech, Carey has scored in double figures in every game this season. He continues to lead the ACC in field goal percentage (.598), is sixth in scoring (18.5) and third in rebounds (9.2).

With its second recognition of the season, Duke has now had an ACC Freshman of the Week in 57 of a possible 113 weeks over the last six-plus seasons. Fourteen different Blue Devils have won the award at least once in that time.