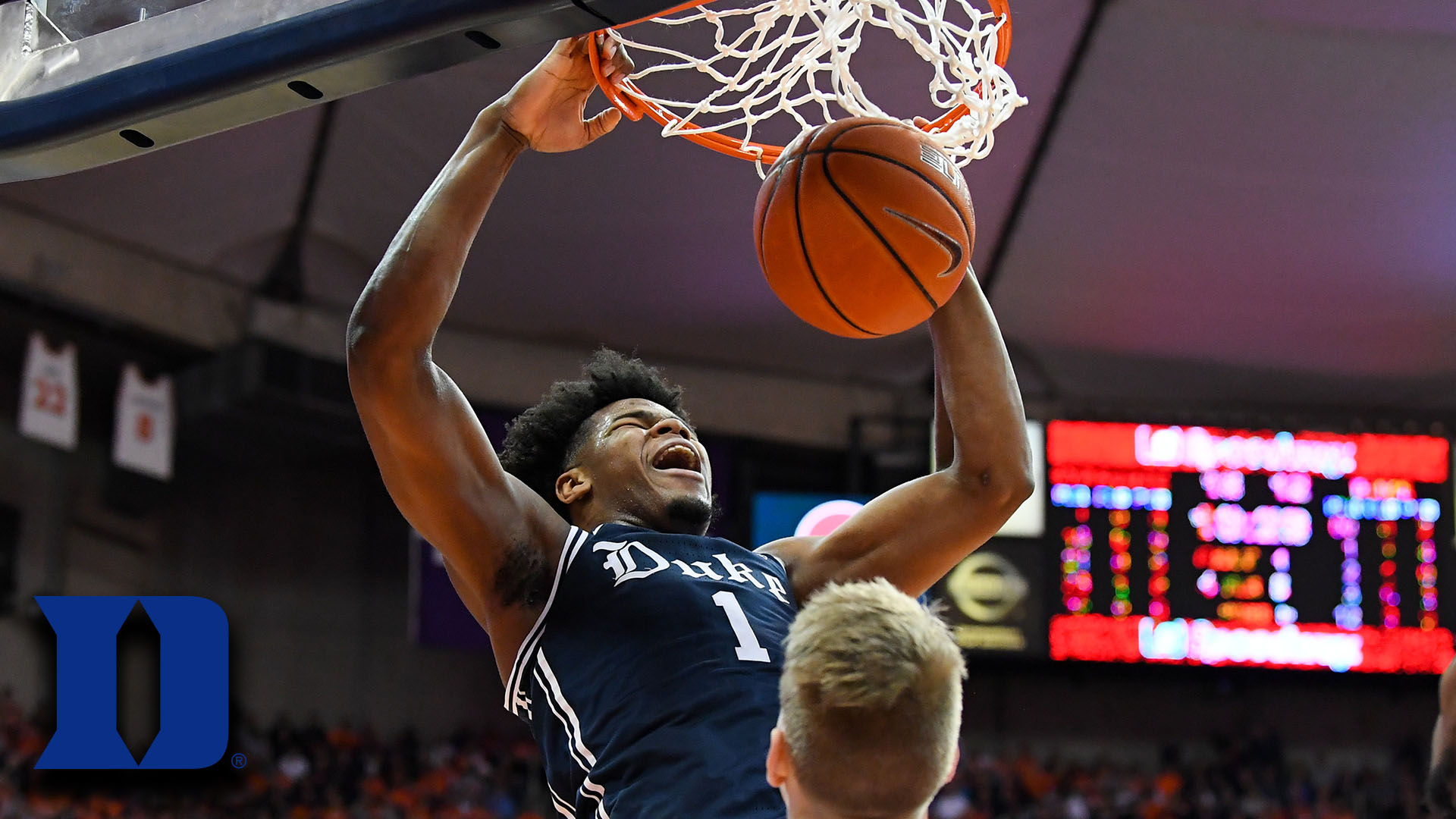 By Brian HoraceFebruary 3, 2020No Comments

ACC men’s basketball weekly honors are determined by a vote of a 15-member media panel and announced on Mondays throughout the regular season.

Carey averaged a 25-15 double-double and shot 64.5% from the field in a pair of ACC wins as Duke beat Pitt, 79-67, on Tuesday and won at Syracuse, 97-88, on Saturday. Carey scored 26 points in both victories, shooting 11-of-17 from the field with 13 rebounds and a career-high four assists against Pitt. At Syracuse, he grabbed a career-best 17 boards and was 9-of-14 from the field and 8-of-10 at the free throw line. Carey’s 17 rebounds against Syracuse matched Adonal Foyle and Patrick Ewing as the most by a visiting player at the Carrier Dome.

Carey now owns 10 double-doubles this season – each have been 15-10 games, and eight have been 20-10 efforts. Carey’s eight 20-10 games trail only the 10 by Iowa’s Luka Garza for the most by major conference players. Carey leads the ACC in field goal percentage and is the league’s only player ranked in the top five for scoring (third, 17.8), rebounding (fourth, 8.9) and field goal percentage (first, .597).