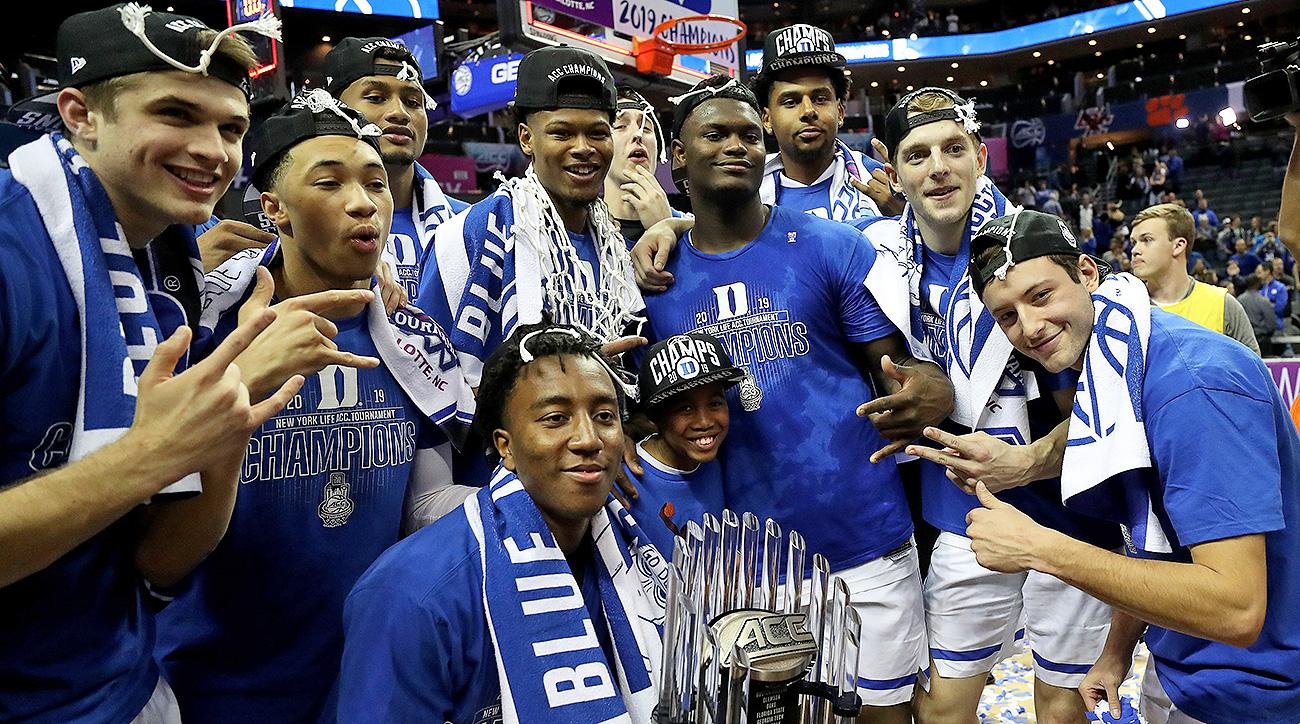 By Brian HoraceSeptember 13, 2019No Comments

Last night the internet was a buzz with the release of the ACC Basketball game schedule. It wasn’t a surprise who the Blue Devils were playing but the dates of these games are always key.

Just like in years past the first high major test for Duke will be in the Champions Classic, who could forget the dismantling of Kentucky last year. :). This season Duke will have their shot at the Kansas Jayhawks on November 5th.

A pretty significant test for the Devils will be playing on the road in East Lansing on December 3rd. The Spartans ended the Blue Devils hopes of a final four last season by the slimmest of margins and Duke is due a measure of revenge. Some of the faces have changed but this game will be huge for both teams – especially the matchup at point guard. Tre Jones and Cassius Winston should be an intriguing battle. Winston torched the Blue Devils fo3 20 points, 10 assists and 4 steals. It should be a pretty good battle an while some of the faces at Duke may have changed the intensity of this game should be palpable. An early grow-up game for the young Devils.

With Duke playing Michigan State on the 3rd and then the quick road game ACC opener in Blacksburg it will be interesting to see how they respond. The results of the ACC/Big10 challenge no matter which way it swings could effect the Blue Devils going into that first game. faith the late start time, the fly back and then the game preparation it will be an interesting point of reference for this team.

Another interesting game on the schedule is Wofford. As Wofford showed last year, winning 30 games and playing amen of the toughest non-conference schedules – including Kansas, UNC, South Carolina and Oklahoma – they are not afraid to play and do not shy away from the big game. Coming 7 points shy of knocking off the Kentucky Wildcats in the NCAA Tournament. This will be a tough matchup for Duke. Wofford welcomes new coach Jay McAuley, who moves over from associate head coach with Mike Young taking the job at Virginia Tech. Fletcher Magee, Southern Conference Player of the Year, has entered the pro-ranks but losing their best player will not deter an experience team like Terriers they return a lot.

The only stretch of games within the ACC schedule that could be a recipe for strife is the beginning of the month of February. The Blue Devils begin that month with 3 straight road games beginning on the first at the Carrier Dome against the Syracuse Orange, the 4th has them at Boston College and then the 8th takes them to Chapel Hill for the first matchup against the Tar Heels before returning back to Cameron for a couple of home games. It’s another chance for Coach K and crew to measure the resolve of his team on tired legs and to see how well they respond on a shortened timeline to game planning.

See the full slate of games here. View game details and add games to your calendar.