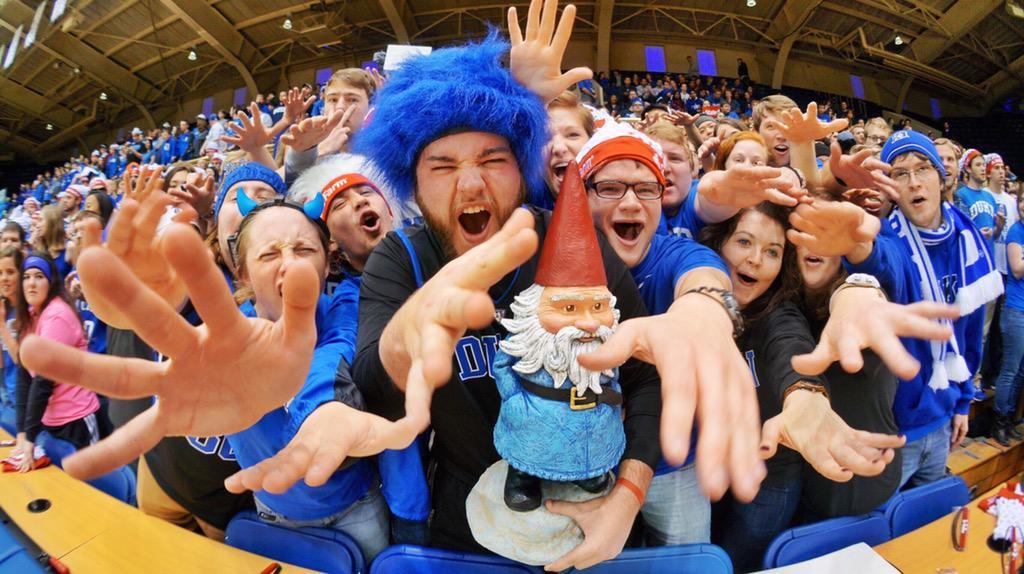 A little Fun with @Roaming Gnome Before Duke – UNC

By Brian HoraceMarch 5, 2016No Comments

The Roaming Gnome and his handler arrived in the Triangle this week to attend the Duke – UNC game and be on hand for College Gameday. While in town, the Roaming Gnome will look to uncover best pre-game food, fun and fan festivities. Fans are encouraged to reach out with local recommendations via Twitter (@Roaming Gnome) and Instagram (@RoamingGnome). He’ll also share photo and video highlights of his hometown adventures.

I was able to get a few questions in with the Gnome and his handler.

What is the most exciting part about attending the Duke- UNC game?

Everything! He wants to get a flavor of both universities and do all the cool things there are to do in Chapel Hill and Durham.​ The Roaming Gnome was also really excited when he found out that he was coming to Durham, as he can experience a lot of his favorite things. He is really looking forward to delicious barbeque at The Pit and hitching a ride on the east-west bus between the two campuses. He’s a little worried about getting lost in Krzyzewskiville. He already made a stop at the Perkins Library today!

Does the gnome get his own seat?

​​Of course, he gets his own seat! However, if there are any cheerleaders or students willing to give him a boost so he can watch the game, he’d greatly appreciate it (it’s difficult being a two-feet tall gnome).

What shade of blue is best?

​The Roaming Gnome rarely takes sides and usually just hopes for a really exciting game – although he does have a soft spot for the underdog (as two-foot high gnomes are almost always underdogs with anything having to do with basketball).​

Do you have any predictions for the game?

​He thinks the winner will win and it’ll probably be either Duke or UNC.
For kids in Durham what are your tips for Spring Break travel?

Spring Break is a busy travel holiday so plan ahead! In a Travelocity survey of 1000 people, it was revealed that over half (54%) of all respondents are likely to take a spring vacation in 2016 – with 70% of those under 35 being likely to do so. Both beach and city destinations are equally highly desired among respondents (90%), with fewer, about 70%, interested in a ski getaway.

​Also, ​Travelocity has collected all of its best offers for beach and cruise destinations atwww.travelocity.com/springbreak. Additionally, we are offering a special deal on Oahu packages booked now through April 15th (for travel returning no later than August 31st) at www.travelocity.com/oahu. By using coupon code OAHU100, travelers can receive $100 off of Oahu vacation packages of $1000 or more.