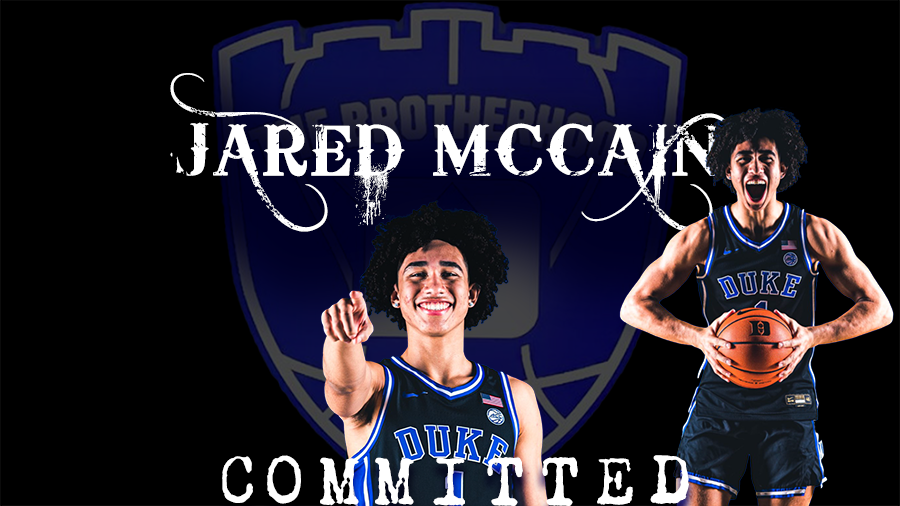 By Brian HoraceMarch 18, 2022No Comments

Jon Scheyer has struck again and garnered a commitment from 5 star shooting guard Jared Mccain. Mccain hails from Centennial High School in Corona California. Mccain is an elite shooter and a top 30 prospect in the 2023 class and was recently named the 2022 California State Player of the Year. Picture a guy on constant movement on the offensive end, coming off of screens a la JJ Redick or Seth Curry. What Mccain lacks in size he more than makes up for with an absolute nose for the bucket and a professional mindset in his preparation.