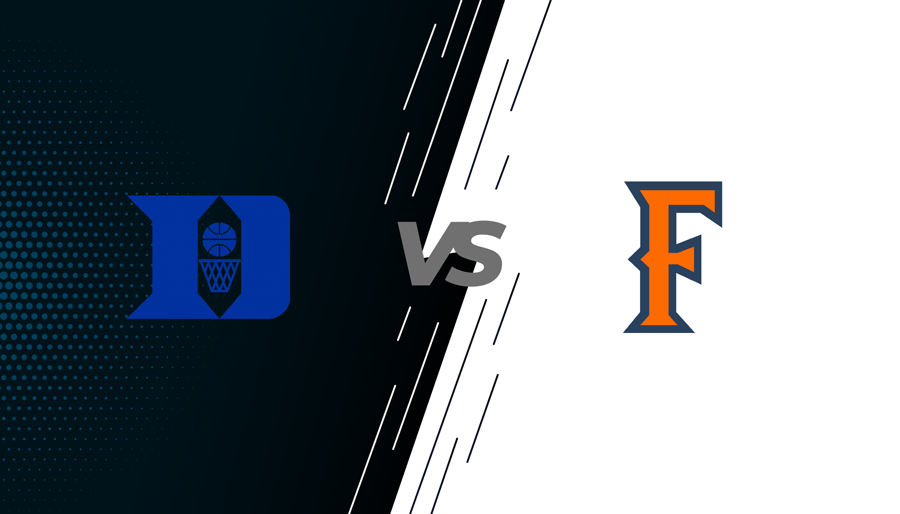 By Brian HoraceMarch 17, 2022No Comments

Duke in the NCAA Tournament

Duke and Cal State Fullerton have never met in men’s basketball. The Blue Devils are 4-0 all-time versus current members of the Big West Conference, last facing a BWC team on Dec. 30, 2015 at Cameron Indoor Stadium — a 103-81 win over Long Beach State. Duke has faced a former Big West member twice in the NCAA Tournament — UNLV in 1990 and 1991.

Champions of the Big West Conference, Cal State Fullerton enters the NCAA Touranment at 21-10 overall. CSF has won four straight games and seven of its last nine. The Titans defeated Long Beach State in the Big West Tournament title game after finishing second in the regular season at 11-4.

Ninth-year head coach Dedrique Taylor has guided CSF to two of the program’s four all-time NCAA Tournament appearances thanks to BWC titles in 2018 and 2022.

Nine of the 13 players on CSF’s roster are college transfers, including leading scorer EJ Anosike, who played three years at Sacred Heart and his senior year at Tennessee. Anosike averages 16.5 points per game and is also the leading rebounder for the Titans at 8.3 per game. Senior Damari Milstead is the leading assist man for Cal State with 2.8 per game on the season.

The regular season champion in the ACC, No. 9 Duke makes its 44th NCAA Tournament appearance when the Blue Devils battle Cal State Fullerton on Friday in a first-round game in Greenville, S.C.

The Blue Devils are 13-3 away from Cameron Indoor Stadium and ended the season on an eight-game road winning streak — the longest active road winning streak by a power conference team. The ACC Freshman of the Year, Paolo Banchero is averaging 17.0 points to rank second among all true freshmen nationally. He is sixth in the ACC in scoring and fifth in rebounding (7.8) — one of only three league players ranked top 10 in each category. A third-team All-America selection from the Sporting News, Banchero is the program’s 75th All-American (52nd under Coach K). Sophomore Mark Williams’ .707 field goal percentage is second on Duke’s single-season list. He would lead the nation, but falls just short of the minimum five field goals per game to qualify (4.8). Williams is the nation’s only player shooting .700+ from the field and .700+ from the free throw line (min. 100 field goals). One of the nation’s best offenses, Duke is ninth in offensive efficiency (KenPom). Duke is also ranked ninth nationally in scoring margin (+13.0), ninth in scoring offense (80.2), ninth in field goal percentage (.489) and 10th in assists (16.9) — leads the ACC in each.

Duke in the West Region

This marks the seventh time Duke has been placed in the West Region, and the Blue Devils are 7-6 when playing out of the West. Duke last appeared in the West in 2016, reaching the Sweet 16.

The recipe for victory for the Blue Devils has shifted a bit in the last month of the season. They’ve been unreliable on the defensive end and enter this tournament with a cloud over them as to whether or not they can right the ship. The Blue Devils are loaded with young TALENT but that is a double edged sword as they are loaded with YOUNG talent. Matching up against old teams has been an Achilles heel for this team. In their first matchup with Miami and even in the second matchup, even though they pulled out the victory, in large swaths of that game  the Blue Devils played young. Finally, in the ACC Championship against one of the oldest teams in ACC and possibly the country, Duke was just blasted. Virginia Tech dismantled this young Duke squad systematically and with relative ease. Duke was consistently slow, out of position and made mistakes that a young team makes.

This Cal State team is an older team, not quite as old as Miami or Virginia Tech but they do start 2 seniors and 2 juniors. I’m not one who assumes Duke will roll in this game unless something has clicked between Saturday and Friday.  Duke cannot turn the ball over, cannot take bad shots and cannot let offensive droughts lead to sub par defense. Nothing about what Duke needs to do is rocket science.