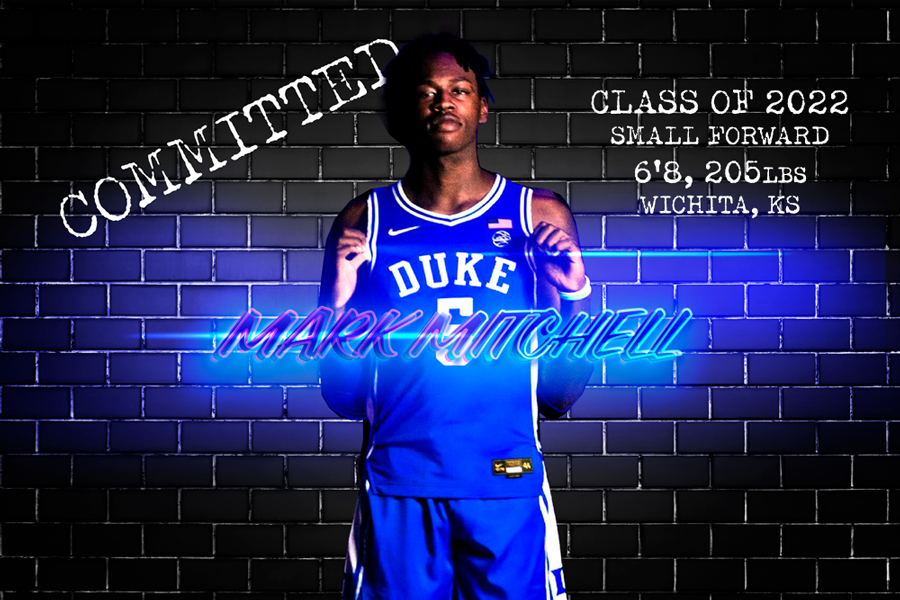 By Brian HoraceDecember 10, 2021No Comments 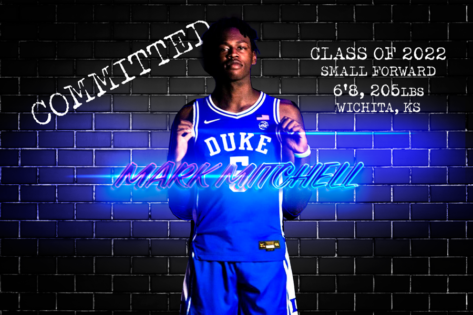 Future Duke head coach Jon Scheyer has reeled in his final target in the class or 2022, garnering a commitment from the 6’8, 205lb small forward who announced his intentions Friday afternoon. Mitchell chose the Blue Devils over the likes of UCLA, Kansas (his hometown school) and Missouri although it’s been public knowledge that the battle between suitors had been narrowed down to Duke and UCLA. UCLA had been a perceived leader with Mitchell’s brother (a dancer and choreographer) living there and the potential for huge NIL deals that come with being in Los Angeles. In the end Mitchell chose the Blue Devils who offer similar potential with deals but also the chance to join a super class in Coach Jon Scheyer’s inaugural year. Mitchell took his official visit to UCLA on Sept. 19 and visited both Missouri and Duke in October.

Mitchell currently attends Sunrise Christian Academy in Kansas where he plays alongside fellow 5 star recruit Gradey Dick (a Kansas commit). They led the Buffaloes to a state title this season. Mitchell has been struggling with an elbow injury that kept him out of action for a while but has since returned healthy to the Buffaloes.

Mitchell is a versatile combo small forward that can handle the basketball well, attack off the dribble and is best suited as a slasher with good ability to finish. Mitchell is a good rebounder, can post up and fits the mold of a Duke forward who can grab the rebound and go on the break. To this point shooting the 3 isn’t the strongest part of his game but he is capable of making enough to keep defenses honest. The most impressive thing about Mitchell, in addition to his length, is his drive and motor. He’s a guy that works and should be a plus defender. Mitchell is currently ranked 30th by ESPN and 10th by 247 Sports.

The addition of Mitchell puts Duke’s class as the number 1 ranked for those interested in such things. The Blue Devils will likely need to add more players to their class either via the transfer portal or late pickups in the recruiting process to offset what could be a mass exodus of talent.