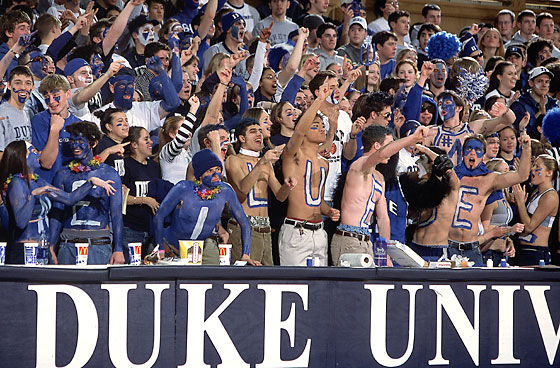 By Brian HoraceFebruary 19, 2012No Comments

It wasn’t Dukes best performance on the road this year but it was a convincing win in Chesnut Hills 75-50. Duke was much improved on defense holding the freshman laden Boston College Eagles to only 50 points on 34% shooting.Â  At one point the Eagles went more than 14 minutes without making a basket something that they never could recover from and Duke, with a stronger, more organized effort on offense could have easily gone in at the half up by 20 points instead of 9. In the second half Duke was able to put things together and put some distance between themselves and the Eagles.

Duke was much more selective with the 3 point shot going 10 of 22, choosing instead to work on inside play, unfortunately Mason Plumlee got into early foul trouble and was unable to exploit his advantage underneath.

On offenseÂ  Duke struggled mightily to get the ball down low in scoring position but was able to win the rebounding battle 45 to 21 which Duke turned into 15 second chance points.Â  In the second half Duke was able to break down the BC defense off the dribble using Austin Rivers and Seth Curry, which opened up shots from the perimeter from Andre Dawkins who was 3 of 7, and Quinn Cook and Ryan Kelly who hit 1 each.

Duke was paced by Seth Curry who scored 18 on 4 of 8 shooting. Seth has seemingly come out of his earlier slump scoring at a much higher clip in the last few games. Austin River chipped in 16 points still putting together solid outings in his freshman year, Rivers also had 7 rebounds second highest on the team.

Coach K in his post game pointed out the weaknesses in his team is the lack of consistency and sloppiness, but also that rebounding is much improved. Going forward Duke will have to shore up the sloppy play, Duke turned the ball over 18 times against a young BC team on mostly unforced errors. The Devils were able to overcome the mistakes with much better execution and staunch defense.

Next up for Duke is the rematch with Florida State, the winner will be in the drivers seat for the regular season ACC crown, it will be a game where Duke will have to grow up.