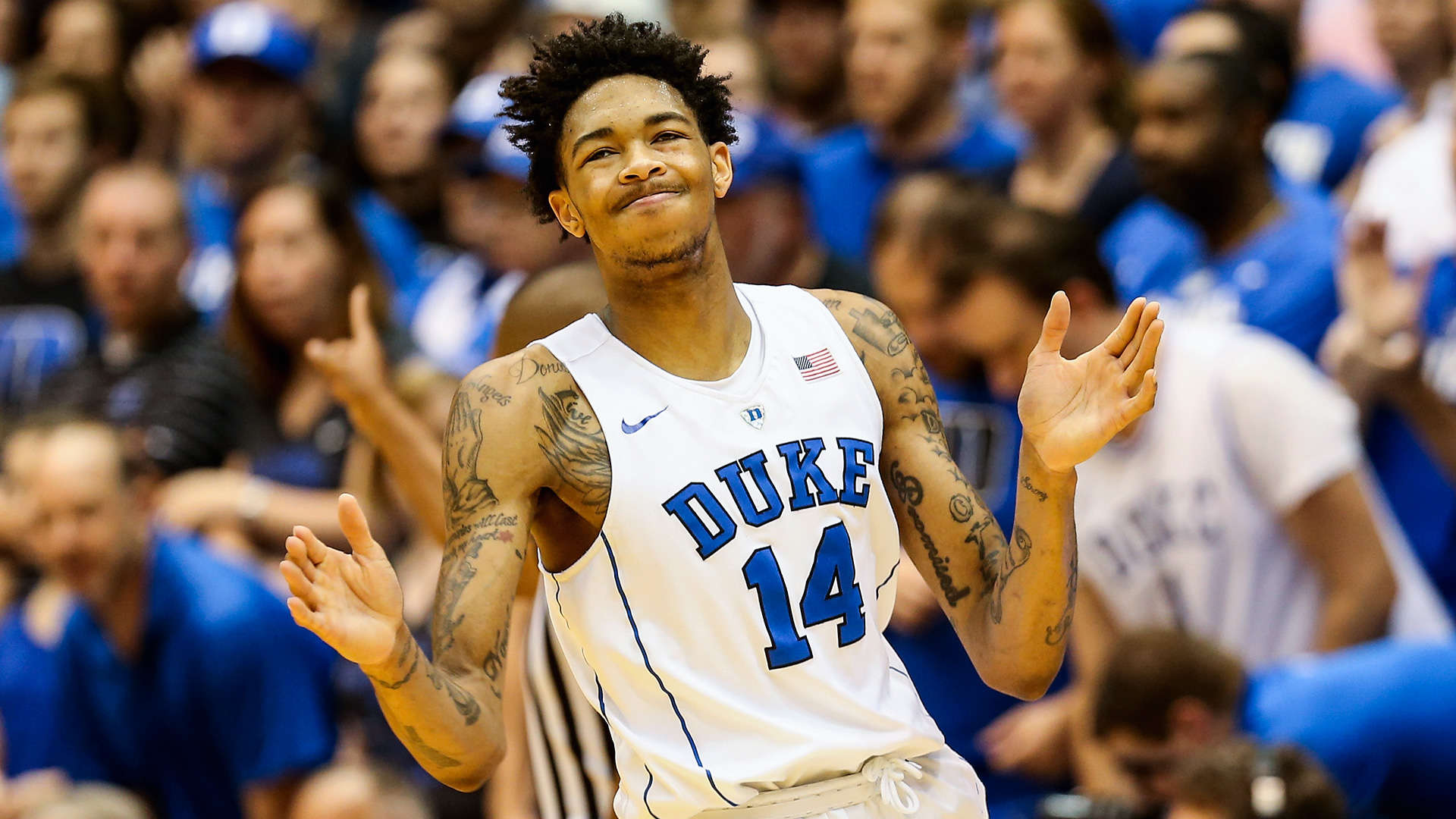 A lot of things would have needed to happen for this young Duke squad to take down the number 1 seed Oregon Ducks and unfortunately for the Blue Devils none of those things happened. Duke fell to the Ducks 82-68 in a game dominate by the athleticism and steadiness of Dana Altman’s team. Duke showed it’s youth as they had most of the year with a mix of confusion, hesitance and lapses on both sides of the floor. The funny thing is despite all that Duke still had a punchers chance of pulling this game out and kept the game within reach for most of the game until fatigue set in and the move experienced and confident team took over. Dillon Brooks was key in the Oregon victory scoring 22 points, pulling own 9 rebounds and dishing 6 assists. Elgin Cook pulled down 9 boards and chipped in 16 for Oregon.

Duke was paced by freshmen Brandon Ingram who scored a game high 24 points on 9 of 20 shooting, the freshman had good numbers despite missing shot after shot at the rim. Duke did not get its typical output from sophomore Grayson Allen who scored 15 points on 4-13 shooting, Allen did however pull down 6 boards and added 3 assists.

Oregon set the tone early defensively giving Duke nothing at the rim but also managing with speed and athleticism to cut down Dukes open looks from beyond the arc. Duke’s drives were bothered all night by shot blocking whether the actual threat or perceived.

Per usual Duke was dominated on the glass by its opponent (42-32), but kept second chance points to only an 8-4 deficit. Duke did not shoot well from 3 point range which has been a clear indicator of how this team fairs in games, Duke shot 31.8% and had to work to get it that high after an awful 2-10 showing in the first half. Duke also struggled from the free throw line, an area that Duke has to dominate to win games. The Devils were 9 of 15 for 60% which should be worse but missing the front end of 1 and 1 chances only count for one miss. Duke missed a few.

In the end Duke showed it’s weaknesses or better said it’s weaknesses were exposed by Oregon. But the loss was equal parts being outplayed by a better team and mental errors. Duke’s 12 turnovers were hard stat to overcome and its struggles defensively containing a very patient and smart Oregon team were on full display. But again despite all of that Duke found themselves still within striking distance.

It’s hard to imagine a Duke fan that is truly a Duke fan being disappointed at this years run. With so much working against this team they still made it fun to watch despite:

This Duke team still provided many great moments on the court and overachieved in terms or results, getting to within a game of a second string elite 8.

Now the hard part of the season when players come down off of emotion and consider their options for next year. Duke will wait for decisions from Brandon Ingram and Grayson Allen as to whether or not they will return to make another run. It seems a no-brainer that Ingram will jump to the NBA with his draft stock only having risen after this tournament. Grayson Allen has a tougher choice. Allen can return to a Duke squad loaded with talent and the horses to put Duke back o top or he can choose to ride the wave of shine he’s gotten this year. It’s hard to imagine him higher next year than this year but it remains to be seen what will unfold. Duke fans will be watching closely over the next few weeks most assuredly.