By Brian HoraceJanuary 4, 2017No Comments 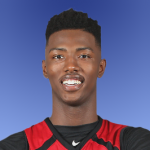 Chances are good that if you allow a team to shoot 51.6ﬁ from 3 point range and 55.7% overall you are probably going to get blown out, especially if you only shoot 14% and 35% respectively. I wasn’t sure what Georgia Tech to expect after they beat UNC and honestly I wasn’t sure what Duke team I was going to see. Needless to say I was surprised by both.

Duke came into this game with so many questions and primed to be upset but against a very weak defensive team Duke thrived to the tune of a 110 to 57 drubbing. Duke looked like a completely different team against Georgia Tech – they shared the ball, looked remarkable unselfish and seemed to have fixed a lot of what ailed them against Virginia Tech. Duke dominated from beginning to end overwhelming Josh Pastner’s team who despite beating North Carolina is still in a rebuilding year.

Offensively Duke had 24 assists to only 10 turnovers and had 7 players in double figures. Duke was led by sophomore Jayson Tatum who scored 19 points and dimed out 4 assists. In Grayson Allen’s return to action the junior guard scored 15 and dished out 7 assists. In his first start for Duke, Harry Giles had his first double-double snatching 12 rebounds and scoring 10 points in 17 minutes of action.

The takeaway from this game is that Duke seems to have tossed aside the Virginia Tech game and is starting to come together. Duke fans will look to see if Duke can carry this momentum into the Boston College game and on the road in Tallahassee.  Also of note with Coach K having hernia surgery, the era of Capel at least for the recuperative time for the aforementioned surgery begins.

The Bad:
Duke did not turn Georgia Tech over as much as one would have thought (13).
Duke had several instances of ball watching on rebounds and loose balls.
Just a 4 to 6 advantage in fast break points for Duke.