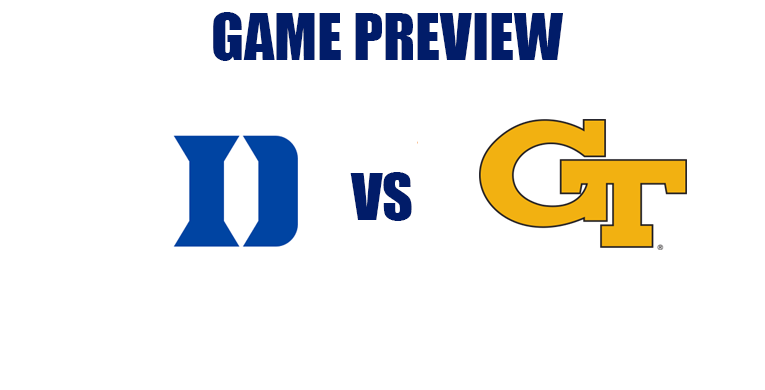 By Randy DunsonJanuary 3, 2017No Comments

Apologies for the brief preview but I had technical difficulties that prevented me from completing the usual format.

Ever since exams Duke has had many more questions than answers. Duke is a team in transition right now. With one of its best players suspended and new pieces to the puzzle in Harry Giles and Marques Bolden still rounding into shape. This team is primed for a very tough game against a Georgia Tech team looking for another upset.

With Coach K surgery and subsequent recovery time looming everyone will be watching how Duke comes out. Will they come out with more fire or still looking like a team in October mode rather than January?

Georgia Tech was able to pull off an impressive upset of a very good North Carolina team behind their solid defense that ranks 49th in scoring defense and 28th in defensive FG%. Duke struggled without Grayson Allen on the floor, however, this is still a very talented team that currently ranks 31st in scoring offense and 34th in scoring defense. Georgia Tech is just 1-2 on the road this season and can struggle scoring the basketball and as I think the Blue Devils will bring a better defensive effort in Coach K’s last game on the sidelines before his back surgery, I’m taking the Blue Devils to make comeback at home, more so if Grayson is back. I’m going with the Devils 75-70.