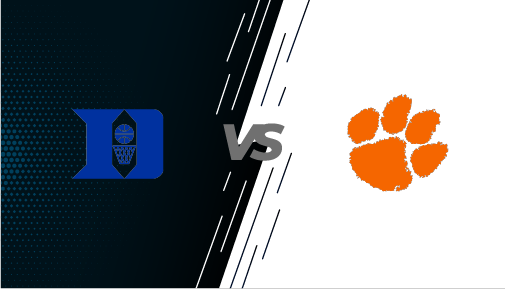 By Brian HoraceJanuary 25, 2022No Comments

The Blue Devils, to their credit, cleaned up the turnovers in the second half, only committing 3, but the first half energy that that Clemson played with creeped into the second period and they played the Blue Devils possession for possession. Duke, at times, were their own worst enemy and even without turning the ball over significantly in the second half went for long spells without making shots. Dukes sluggish offense and bad shot selection allowed Clemson to eventually take a late 2 point lead at the 3:19 mark on a layup from Hunter Tyson who’s layup came off of an offensive rebound. Tyson had 4 offensive rebounds for the Tigers on his way to 8 for the game to go along with 13 points. Back to back buckets by Jeremy Roach and senior Joey Baker gave the Blue Devils back the lead and a jumper by Paolo Banchero with 1:27 left put the Blue Devils up 4 to ice the game. The Blue Devils would squeak by 71-69.

Banchero led the Blue Devils in scoring once again with 19 points to go along with 7 rebounds. Mark Williams notched a double-double for the Blue Devils with 10 points on only 3 shots, and 10 rebounds. Williams also blocked 3 shots. Wendell Moore Jr. added 13 points and 5 boards. The stars of the game for Duke, the players that kept Duke afloat as Coach K put it were Joey Baker, Jeremy Roach and rarely used reserves forward Bates Jones. Baker, who had one of his best games with 11 points, went 3 of 4 from beyond the arc. Bates Jones gave Duke extended minutes while Banchero sat the bench win foul trouble and contributed 5 points in 9 minutes. The most critical player in this game may have been sophomore Jeremy Roach who hit big shot after big shot, and delivered some perfect set ups for his teammates. Roach scored 8 points but most impressive were his 9 assists to only 1 turnover. Roach played all 40 minutes in the game. In his last 3 games Roach has dished 24 assists and only turned it over 3 times.

The Good:
The win is always good.
Only 3 second half turnovers.
Duke only gave up 1 free throw.
The Blue Devils shot 10-20 from beyond the arc.
Roach, Jones & Baker combining for 24 points.