By Brian HoraceMarch 20, 2019No Comments

Often heralded as the academy of basketball, Duke has produced a number of superb NBA players over the years. The current crop of Blue Devils alumni plying their trade at the highest level include superstar point guard Kyrie Irving, young gun Jayson Tatum and veteran J.J. Redick.

But there’s a new name to add to the growing list of former Duke stars lighting the league up: Brandon Ingram, as it seems the 21-year-old’s time in the limelight is finally here.

When you consider how tall Ingram (6’9″) is, coupled with the sort of wingspan he boasts and the flashes of scoring, passing and rebounding brilliance we saw before he was drafted by the Los Angeles Lakers in 2016, the sky is the limit.

However, his progress was slow on the hard courts of the NBA, with Ingram struggling to get to grips with the men’s game and the physicality it demanded of his slight, wiry frame. 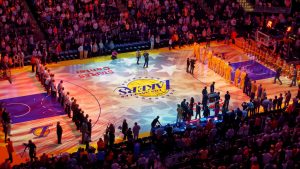 Despite this, there were green shoots of potential. From the beginning, you could see that he actually cared on defense, unlike many of his teammates. And, when it came to scoring, you could tell that when he finally felt right in his body and confident in the league, as his journeys to the rim wouldn’t end in highly contested floaters or backboard-rattling bricks.

The Lakers are now a franchise that seem to be perpetually in turmoil, but this hasn’t stopped Ingram from growing and finally now playing the basketball of his life.

Since December 19th, Ingram has been averaging around 20 points on 57 percent true shooting, grabbing six rebounds a game with four assists. It seems the Ingram we all wanted to see immediately in the NBA, is finally here. 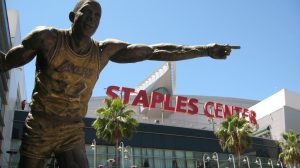 Although the Lakers are struggling despite being one of basketball fans’ must-watch NBA picks this season, the numbers Ingram is producing this term are not meaningless. He is so much more aggressive when heading to the rim, really using his length to finish when he gets there and his ball-handling is far improved, too.

Ingram now plays like a man that knows how good he can be and is determined to give everything he has in reaching that potential.

What does this mean for the LA Lakers? In the short term, it means that the franchise has someone to hang their hat on if LeBron isn’t firing on all cylinders; a player to emotionally invest after seeing him progress from timid rookie to legitimate baller.

What may be more intriguing for some Lakers fans is that Ingram’s form is rapidly adding value to him and that could sway a trade tussle for Anthony Davis this summer. A package featuring Ingram may go toe to toe with that of the Boston Celtics’, centered around Jaylen Brown or Tatum.

The Lakers have a real player on their hands. If he heads to the New Orleans Pelicans in a trade for a superstar, ‘Magic’ and his backroom staff will be ecstatic. However, if he stays and fulfills his potential, it’ll make the blow of missing out on Davis a far easier pill to swallow.