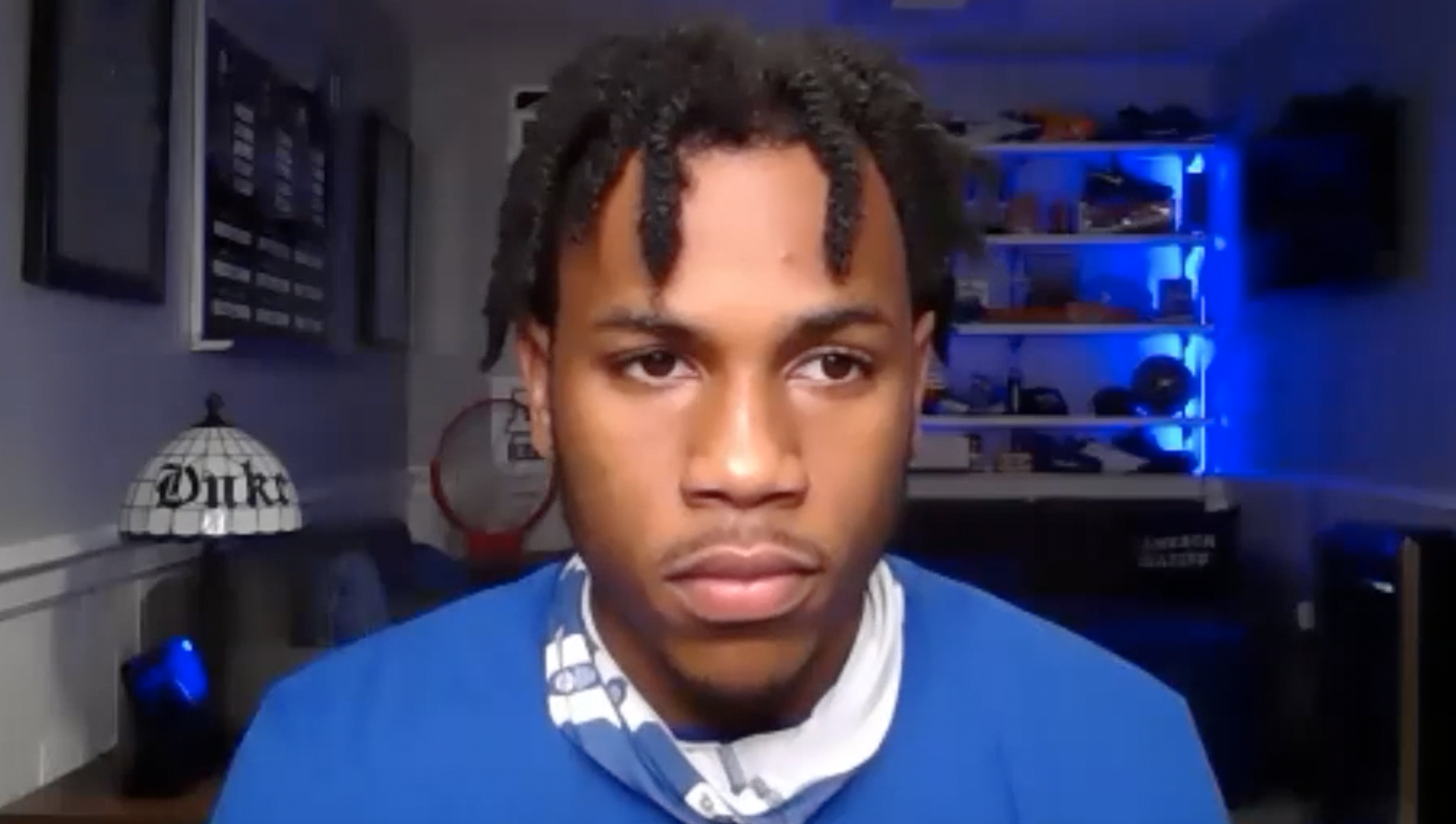 By Brian HoraceOctober 27, 2020No Comments

On how he is feeling physically during the first couple weeks of practice:

“I think my body is coming along great since I’ve been down here. I’ve been getting stronger, been getting bigger. Coach (Krzyzewski) has definitely been on me about my weight. I think just coming from the WCAC [Washington Catholic Athletic Conference] and playing for Team Takeover, I’ve just been accustomed to those practices and been used to them over the years, so I’m adjusting pretty well.”

On what he brings to Duke:

“I’m a scoring guard, I get my teammates involved, lead the team, play defense, just do anything that it takes to win.”

On how his three-point shot is progressing:

“It’s definitely something I’ve got to work on, just getting that consistency in my jump shot. I think it’s coming along and I’m ready to show everybody during the season.”

On what he’s learned so far about playing point guard for head coach Mike Krzyzewski:

“You’ve just got to be very confident, communicate and you’ve got to be very vocal. That’s one of his main things – you’ve got to lead the team, direct everybody and make sure they’re in the right spots. Just be the leader on the team and basically that extra coach on the floor.”

On what it’s like to run this offense as a point guard:

On how senior Jordan Goldwire has helped him get acclimated:

On how the playing time will be broken down among the guards on the team:

On Quinn Cook being his favorite Player:

“I picked him,  just he’s a DMV guy, played in the same conference as me we’ve just been close throughout the years.  I’ve seen him in the gyms and I’ve always looked up to him. He’s definitely one of the reasons I came to Duke. I haven’t gotten a chance to talk to him after the big finals win though. I’ll definitely get in touch with him soon though.”

On who will be the go-to player when the team needs a basket late in a game:

On what led to his decision to commit to Duke:

“My first decision to go to Duke was I came my junior year to the Duke-UNC game and I just saw the atmosphere, how Coach K carries himself, how he cares so much about of his staff, his team – he just cares for everybody in this organization. That was a big part of me coming to Duke.”

On if he and Jordan Goldwire have had opportunities to play together during practice:

On what he’s learned from Jordan Goldwire defensively:

“[He’s] definitely one of the toughest defenders I’ve played against. I’m trying to just pick up on techniques that he does, the little thigs that he does to make him such a great defender.”

On how far along he thinks the team is since coming to campus later than other teams:

“I feel like when everybody came back, Coach always told us to stay ready – don’t get ready, stay ready. I feel like when we got down here, everything started rolling. I think we’re at a pretty good level right now for the season.”

On how competitive five-on-five practices have been:

“They’ve been very competitive. You’ve got a whole roster full that can be on the floor at any time, so the five-on-five, they’ll be battles. It’s good for us. It gets us ready for the games and all the close moments that we have. Duke is one of the biggest schools in the country, so we’re always going to have that target on our back. It’s iron sharpens iron, so five-on-five is great.”

On if Coach K’s willingness to start a freshman at point guard influenced his decision to come to Duke:

“Yeah, it did, but he always told me that the spot would never be given. He said [for me to] work my butt off and if it’s right then he can give me the starting spot. It’s never going to be a locked starting five. We have so many guys that can play and be on the floor at one time, so just take it one game at a time.”

How the playing in the half-court is coming along:

“We’ve def worked on some half-court stuff, but I think the main thing is just spacing out. We have so many guards that can break people down one on one and find the open man, swing it one more time. There’s just so much stuff we can do in the half-court because we have guards that can break people down. We definitely have sets but its really just 4-out – 1-in and guards just breaking people down.”