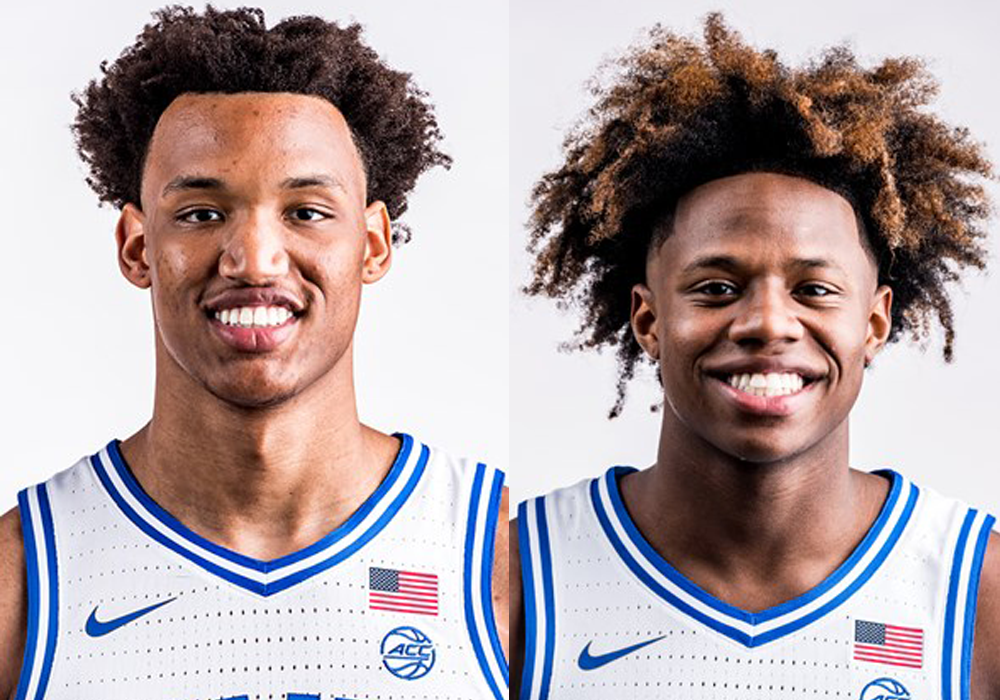 By Brian HoraceOctober 25, 2020No Comments

Next position up for the Blue Devils is the 2 guard spot. Once again, the Blue Devils have 2 legitimate choices for a position and both bring something a little different to the table. Wendell Moore Jr. and DJ Steward are the two players that I see vying for the starting spot here. We’ll start with Moore.

Moore is listed as a forward and at 6’5″ and 216 lbs he presents as such, but in this era with taller 2 guards and small forwards almost being interchangeable, Moore fits right in. Moore for Duke can be a plug-and-play asset all over the floor – a capable defender who has a nose for being in the right place at the right time (see Duke @ UNC last season).

Moore averaged just under a steal per game and 4 rebounds to go along with his 7.4 points a game. Where Moore can improve on the floor are with his ball handling and his overall confidence in himself – both issues are a function of youth and time. The game will slow down for Moore in year two, people forget that he is still a very young player having just turned 19 in September – as a comparison, Moore is only 2 weeks older than freshman DJ Steward.

Early practices have yielded a much more confident Wendell Moore Jr., who is embracing his role as one of the leaders on this Duke team both on and off the court. As individual skill training began back in August, Moore relayed that the biggest change from last year to this year for him was “developing that confidence that I felt that I was missing last season ultimately to make me a better player in the long run.” Early indications are that Moore has arrived and is poised to make a very big impact on the floor this season.

DJ Steward presents a different animal at the second guard spot: listed at 6’2” and 163 lbs, Steward is built like a prototypical guard. What Steward brings to the floor in addition to his trademark smile is the ability to put the ball in the basket from all 3 levels. 3 point shooting for the Blue Devils from the guard spot the last few seasons has been serviceable at best; sure, Duke hit big shots, but the guard position wasn’t a strength in terms of shooting the ball. Steward could be that for the Duke this season. They talk about players wired to score and, with the ball in his hands, Steward is just that. He plays with energy, quickness and purpose. He has the ability to break down defenses and finish. Like most incoming freshmen, there is a period of adjustment that takes place going from high school basketball to the college game. For Steward, having a player like Moore there in addition to a point guard like Jordan Goldwire is going to aid him tremendously to shorten that period of adjustment.

I would give Steward the nod in terms of handle and for the 2 guard spot, but on a team where defense is going to have to be at a premium, I see Wendell Moore being in the game at tip-off. I do believe Steward will the first man off the bench for this Duke squad and could be the most valuable 6th man in the ACC by the end of the season. I wouldn’t be surprised if Steward got time at both guard spots for the Blue Devils this season.