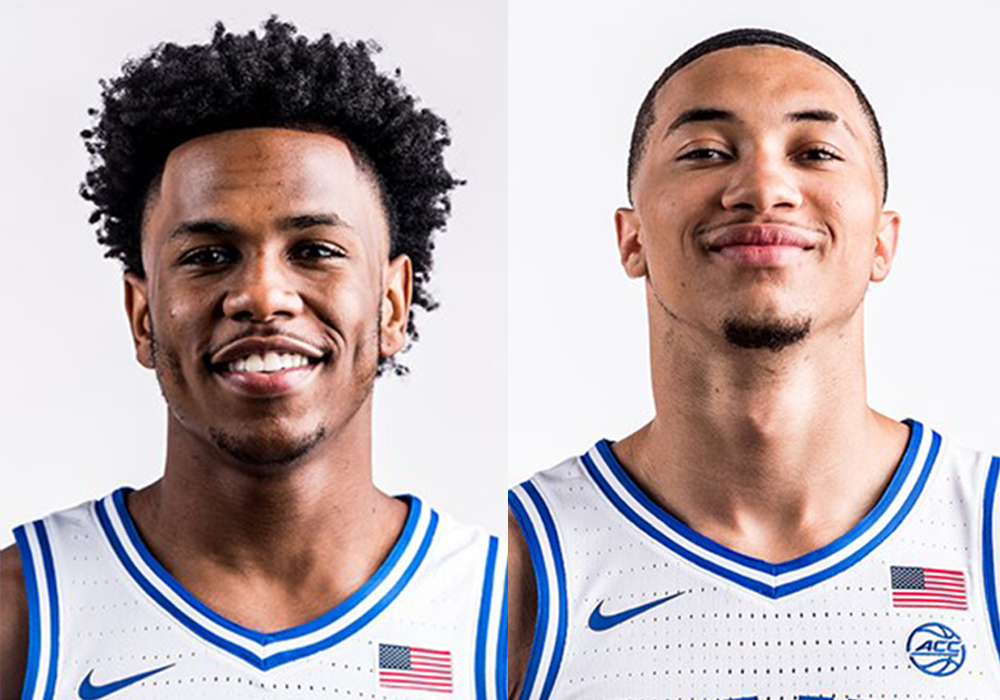 By Brian HoraceOctober 23, 2020No Comments

The point guard position presents a unique but nice problem for the Blue Devils. Boasting two capable guards to play the position in senior Jordan Goldwire and a 5-star freshman in Jeremy Roach, the Blue Devils can exercise two schools of thought. Each guard presents a particular set of skills, as Liam Neeson might say.

Having a senior point guard is a luxury, even if Jordan Goldwire is not necessarily a high assist guy (but then again he hasn’t had to be, playing the last two seasons behind Tre Jones, who last season was 2nd in the ACC in assists). Goldwire did manage (in 24 mpg) to average 2.3 assists to just under 1 turnover a game. Not jawdropping numbers, but for a non-starting point guard, they’re solid. Goldwire’s offensive game has slowly emerged over his 3 years at Duke and though he doesn’t shoot a lot of 3 point shots, he has however increased his percentage from under 20% to around 35%. Even if he were to just duplicate his percentage and add a few more attempts it will be a net gain for the Blue Devils.

What separates Goldwire from other point guards is his dogged defense. Goldwire was 9th in the ACC in steals this past season, averaging 1.5 steals per game. The difference between Goldwire and the other players in the top 10 is that he did it while playing under 25 minutes a game – every other player played 30 or more.

Jeremy Roach comes into Duke coming off of an ACL injury, but by all accounts the freshman came out of his rehab a more explosive player – add that to an already smooth game and he just may be the next heir apparent Duke point god. Missing a good chunk of his junior season with the injury, Roach returned to action as a force at Paul VI Catholic High School where he averaged 19.1 points, 6.3 rebounds, 2.8 assists and 1.9 steals per game as a senior and guided his school to the VISAA D-I State Championship. We know that he is an athletic point guard, who has the high IQ Duke needs at the position; what we don’t know is how good of a shooter the freshman will be coming in. Fortunately, if he is just a passable shooter from beyond the arc, then his speed, handle and ability to finish explosively should be amplified. Duke has other shooters. The word I get when asking around about Roach is toughness – that is also a good sign for the Blue Devils – especially coming off of a year with tough-as-nails Tre Jones.

I do think to begin the season, Jordan Goldwire may get the nod as starter. I expect Duke’s defense to be ahead of the offense, but as the season progresses Roach could overtake Goldwire in the starting lineup. I definitely don’t see this as being a demotion for Goldwire but a promotion for Roach. Having a strong second team is crucial for Duke if they want to play fast this coming season. Having a steadying influence on that second unit could be paramount to guys getting rest. Goldwire could be key to that.

Coach K could very well play both at the same time, a la Chris Duhon/Jay Williams or Tyus Jones/Quinn Cook. While I do think there will be times that both natural point guards play together, I don’t think it will be the prevailing lineup for the Blue Devils as it takes away a spot for a natural shooter at the 2 guard. But for some defensive purposes, much like last year – with Jones and Goldwire together – it could happen.