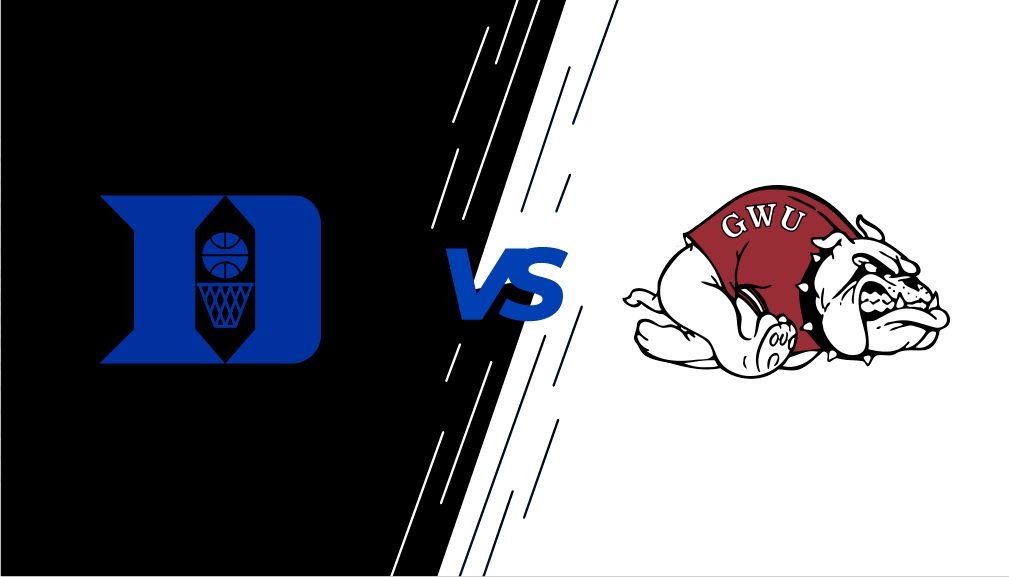 By Brian HoraceNovember 15, 2021No Comments

The Bulldogs are playing a rather tough early schedule with games at UNLV, at Arkansas and Tuesday night at Cameron Indoor stadium. Even with those early losses the Bulldogs have been competitive, losing by 6 to UNLV and by 17 to the number 16 Razorbacks. The 0-2 start to the season were both road games against power conferences. The Runnin’ Bulldogs were picked third in the Big South’s South Division after finishing last season 11-15 overall and 10-10 in conference play.

Head coach Tim Craft is in his ninth season at the helm, leading GWU to the Big South title in 2019 and a berth in the NCAA Tournament. Craft is just the second Big South coach to win 17+ games in each of his first four seasons. Of GWU’s nine returnees from last season, D’Maurian Williams was a Big South All-Freshman pick and Kareem Reid was the Big South Scholar-Athlete of the Year.

Gardner-Webb’s leading scorer through 2 games is Lance Terry at 14.5 pg, the leading rebounder is Zion Williams with 7 per game, the leading assist man is Jordan Sears with 3.5 per game.

Versus Arkansas the Bulldogs shot 41.9% from 3 with Lance Terry going 4 for 9 from beyond the arc. Kareem Reid added 16 points in the loss. Julien Soumaoro scored 20 points to lead all scores from the bench versus the Razorbacks going 5 for 7 from beyond 3.

Putting its three-game winning streak on the line, No. 7 Duke welcomes Gardner-Webb Tuesday night at Cameron Indoor Stadium. The game is the Blue Devils’ second straight versus an opponent from the state of North Carolina after defeating Campbell, 67-56, Saturday in the Duke Veterans Day Weekend Showcase and the second opponent from the Big South Conference after beating Campbell on Saturday. Duke and Gardner-Webb have met just twice previously with the Blue Devils winning both at Cameron Indoor Stadium. Following the GWU game, Duke hosts Lafayette Friday and The Citadel Monday to cap a stretch of five games in 10 days.
This week’s ACC Freshman of the Week, Paolo Banchero is leading Duke in points (19.3), rebounds (8.7) and field goal percentage (.667) through the first three games of his career. Over the last nine seasons, Banchero is the 19th different Blue Devil to win the ACC Freshman of the Week award. In that time, a Duke freshman has won in 65 of a possible 137 weeks. Banchero made his debut with 22 points and seven rebounds in the win over No. 10 Kentucky and followed that with his first career double-double (18 points, 12 rebounds) in the Army win and another 18-point effort with seven more rebounds in the win over Campbell. Banchero shot .667 (21-of-31) from the field for the week, including 20-of-24 (.833) from two-point range.
Junior Wendell Moore Jr., who recorded the program’s fifth triple-double with 19 points, 10 rebounds and 10 assists in the Army win, is averaging 15.3 points, 6.3 rebounds and a team best 6.3 assists. Moore’s performance vs. Army was Duke’s first triple-double since RJ Barrett vs. NC State in 2019 and just the third in the Coach K era. 2 other Blue Devils starters are averaging double-figures: Jeremy Roach is scoring at an 11.3 points per game clip and freshman Trevor Keels is at 13.7 in three games.

It will be interesting to see if Duke decides to go small. The Razorbacks did the opposite against the Bulldogs going twin towers and found themselves down early. Hot 3 point shooting by the Razorbacks and ill advised shots from Gardner-Webb helped Arkansas to take control of the game and coast to victory.

For Duke guarding the perimeter will be paramount and guarding the athletic Kareem Reed who did some damage in the paint against a talented Arkansas front court. Taking good shots and not settling will go along way toward Duke getting a nice working margin early in this game. Duke should be able to overpower the Bulldogs but playing with the frequency they have been it will be an interesting sidenote to see if they come out fatigued or ready to rumble.