By Randy DunsonDecember 21, 2014No Comments 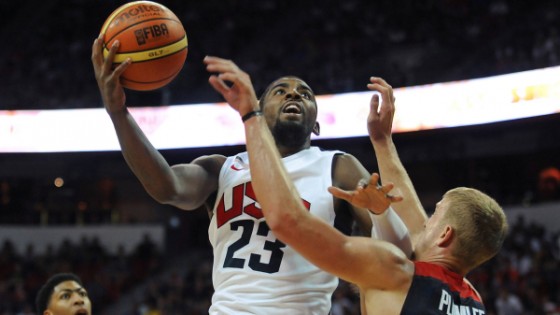 “It’s truly an honor and a blessing to be among such a great lineage of award winners and USA Basketball was the best experience of my life thus far, just being a part of a team that’s bigger than yourself,” Irving said. “The sacrifice we all had to make in order to make that team work and the adversity that we faced – and we came home with a gold medal. We were together through it all, and we won a gold medal together, so I’m going to remember it for the rest of my life.”

In the gold-medal game of the tournament, which was held from Aug. 30 through Sept. 14 in Bilbao, Barcelona and Madrid, Spain, Irving scored a game-high 26 points on 10-of-13 shooting from the floor, adding four assists. Irving shot a perfect 6-of-6 from beyond the three-point line to set a USA World Cup record in the contest.

“I think Kyrie came of age,” Krzyzewski said. “He’s a terrific player, but he became a great player during the summer of 2014. I think sometimes to become that great player, you need a stage to do it on, and the stage was the World Cup. He performed his best on that stage, and now that’s the level he is expected to play at. I’m really proud of him.”

Established in 1980, the USA Basketball Male Athlete of the Year recognizes the male athlete who made a significant impact on the success of the team’s performance.