Music You Wouldn’t Mind Paying For | Amerigo Gazaway’s Yasiin Gaye: The Departure (Side One)

By Brian HoraceFebruary 27, 2014No Comments 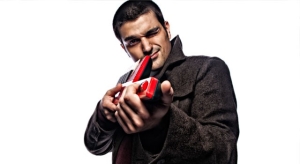 It’s very rare that I write about things other than Duke on this blog but on occasion something pops up that grabs my attention and I feel that I can use my little piece of internet real estate to speak on it, promote it or just comment on it. This isn’t something I was asked to do, just something I was moved to write, express and share.

I recently downloaded Amerigo Gazaway’s Yasiin Bey (FKA Mos Def) + Marvin Gaye conceptual collaboration and I was wowed. I’ve been a fan ever since hearing the work he did with A Tribe Called Quest & The Pharcyde fusion. It’s a really well done piece – from there the Fela Soul piece is something you cannot put down or turn off.

Yasiin – Gaye took me by surprise, I love Mos Def and who doesn’t love Marvin Gaye, but the fusion of both is a perfect. It is such a seamless integration one lends itself to the other effortlessly. It’s not just a function of 2 great artists that makes this great, it’s the 3rd piece to the puzzle – Amerigo Gazaway. He is the glue, the adhesive that makes this union, dare I say, more than the sum of its parts.

It’s like a soundtrack to whatever you have going on in your daily life but unlike a normal soundtrack that plays in the background, this music is in the forefront coloring your actions, enhancing them.

You don’t have to love hip-hop or soul music to appreciate the artistry of all three collaborators in these pieces, but it might make you want to go out and buy some. This is one of the few pieces of work that I truly wouldn’t have minded paying money for, it’s well worth a listen, a download and a share.

With the breakthrough release of 2011’s *Fela Soul*, Amerigo Gazaway’s sophomore effort was declared “a virtual web hit” (MTV) seemingly overnight. As the creator of one of the year’s most buzz-worthy independent releases, the 26 year-old Nashville native successfully showcased his unique ability to blend multiple genres into a singular dance floor groove. The son of renowned Jazz trumpeter, Gary “El Buho” Gazaway, the producer’s culturally diverse upbringing is reflected in his nuanced, multilayered instrumental arrangements. With a process the LA Times describes as “drawing a different design within a similar framework”, Gazaway’s cleverly executed remix/mashup projects gives audiences a familiar, yet fresh and distinct way to experience their favorite songs.

In 2011, Gazaway gave Roots’ drummer, Questlove, a copy of his recently completed Fela Kuti/De La Soul mashup fusion, *Fela Soul* after a DJ set in Gazaway’s hometown of Nashville. Thompson would later call the album “brilliant” and publish it to his website, Okayplayer. Quickly spreading to other outlets, the album made MTV (Hive), The Source and BoingBoing before taking top 5 rankings on both NPR and Soul Train’s year-end “Best of 2011” list.

On the one year anniversary of his *Fela Soul* release, Amerigo found success a second time with the now unavailable *Bizarre Tribe; A Quest To The Pharcyde*. In merging Pharcyde vocals over re-orchestrated A Tribe called Quest samples into an album Vulture.com calls “a trip worth taking”, the album was downloaded over 30,000 times in its first two weeks of release.