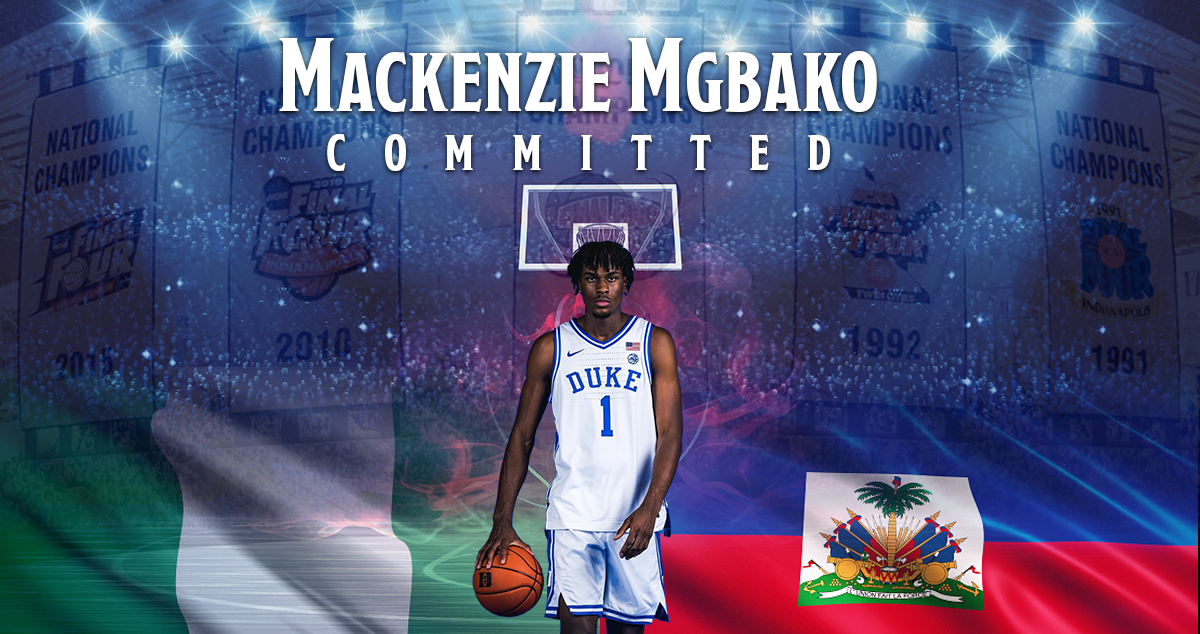 By Brian HoraceApril 8, 2022No Comments

Literally on the heels of landing international combo guard Tyrese Proctor – 27 hours to be exact, Jon Scheyer has once again hit a recruiting home run with 5-Star, 6’8 small forward, Mackenzie Mgbako committing to Duke in the 2023 class. Mgbako is an interesting prospect in that he has the height of a power forward or small forward but possesses the skills of a guard. He’s a very adept 3-point shooter who shoots a high percentage (38% during EYBL)  which is rare for a high schooler. He’s impressive off the catch, in transition or off the dribble and does have a solid mid-range game as well. He’s build in the mold of other Duke wings who can rebound the basketball then push to create fast break opportunities and take advantage of a non-set defense. He’s built in the mold of Duke wings that are versatile and can be plugged in to multiple positions. Mgbako reminds me of a cross of Jayson Tatum and Cam Reddish. Mgbako is currently ranked as the number 3 prospect in the 2023 class.

Duke fans can get a glimpse of Mackenzie and other Duke signees and targets at the Nike Hoops Summit. The Hoop Summit will be livestreamed for free on Friday at 10 p.m. ET on usabasketball.com and nba.com, @usabasketball (Twitter) and the NBA’s YouTube and Facebook pages.