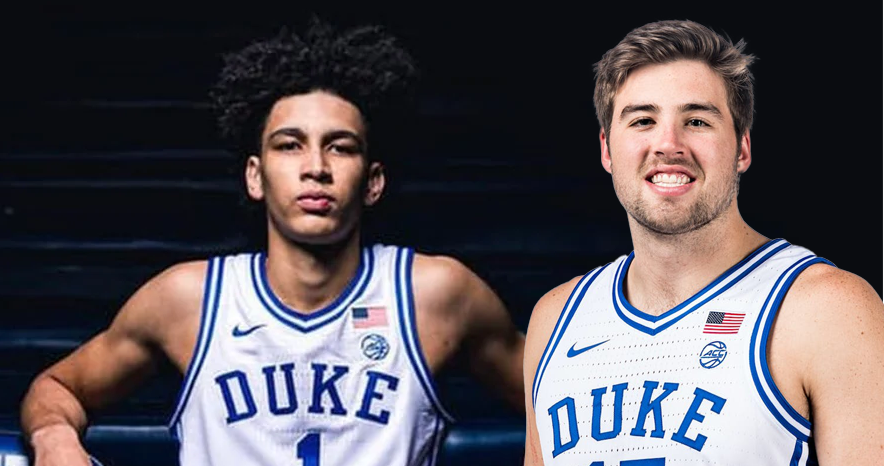 By Brian HoraceNovember 2, 2022No Comments

On the team’s depth and how it’ll help during the early portion of the season:
“It’s exciting to really not know how it’s going to play out. Having depth is a great thing because it gives a lot of guys opportunities.
Obviously at this point, we’re all one unit moving forward. It means there’s a lot of minutes and time in games and roles up for grabs
still. It adds competitiveness to practices, which is awesome. We’re one unit and we’re one team, but early in the year, there’s a lot
of uncertainty, and that’s exciting for our guys to be competing, playing their best, playing their hardest to carve out time and roles.
Which is a good thing.”

On Coach Scheyer’s coaching style:
“The biggest thing that stood out for me ever since I was just recruited here just a few months ago was how hungry Coach Scheyer
is. For a guy that’s already been to the top and won it all, that really stands out. Just how excited and how hungry he is to be here
and to be at the head now. That’s been really exciting throughout the whole time. But in terms of personal interactions, it’s been
awesome to be coached by somebody who’s able to be into the drills with us. I’ve had great coaches throughout my career that I’ve
and been inspired by, but none of them have as active as Coach Scheyer is able to be in drills with us. So that’s been something
that’s been really helpful and useful, just the way he can really still be on the court and play with us and map things out by actually
being in the drills with us.

On the difference between international basketball and college basketball and what adjustments he might make:
“The biggest adjustment for me is just footwork. I feel like in FIBA, there’s a lot of different rules regarding that. But they’re both
physical leagues. Competitive and physical are the main two things that pop up into my head when I think about the similarities. I
wouldn’t say there’s much difference. I would say the pace is pretty much the same too. The majority of it is the same.”

On what the team has improved on the most since the start of practice this fall:
“I think our communication, especially on defense. Early on we were really quiet, and we had Jeremy [Roach] and our main leaders
that have experienced it in the past, sort of speak up and try to guide everyone. But I feel like as a group, over the practices, we’ve
all come together. It’s a lot louder practice now. As well as our chemistry, I think that’s one thing. I wasn’t here in the summer and a
couple of guys were in and out, so just being able to have a good solid few weeks with everyone here, we really locked in on that
and it’s starting to show.”