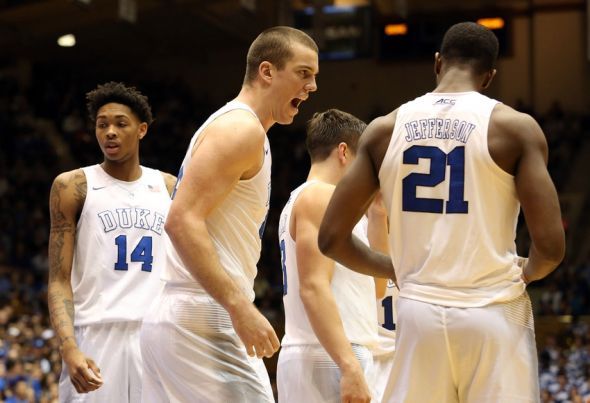 By Brian HoraceDecember 30, 2015No Comments

Duke was able to grind out a 6 point lead by driving the ball and getting to the foul like. Duke shot 17 of 18 from the free throw line.

Duke came out from the locker room with a renewed energy and outscored the 49ers 61 to 45. Long Beach State was held to 45% shooting to Dukes 66%.

Grayson Allen led Duke in scoring with a huge 24 point second half. Allen finished the game with 33 points, 6 assists and 5 rebounds and seemed to shake off any rust from his flu. Duke got 18 from freshman Derryck Thornton who was aggressive on offense taking the ball to the rim, hitting his mid-range jumper and also going 2-3 from the 3 point line. Matt Jones and Brandon Ingram also both scored in double figures with 21 and 14 respectively.

Duke’s next game will be its first on the ACC schedule against Boston College on the road on January 2.