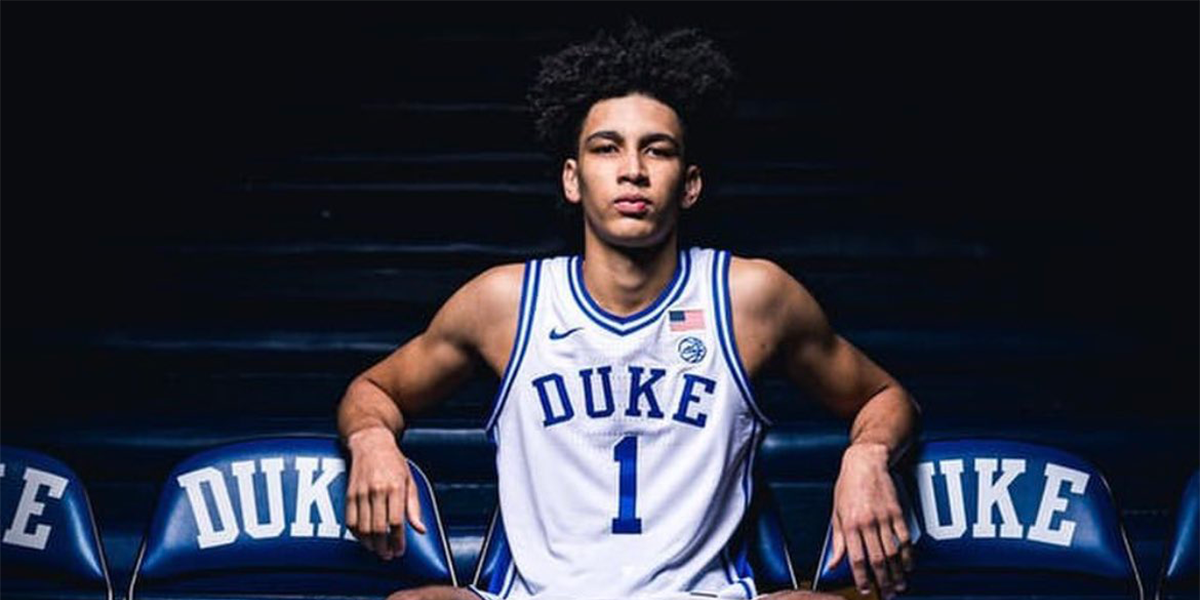 Thoughts on the Addition of Tyrese Proctor and What’s Next

By Brian HoraceJune 3, 2022No Comments

With the departure of freshman Trevor Keels to the NBA as an early entrant, where the process to most fans felt like waiting for cold molasses to pour, Duke was in need of a little more in terms of roster. Throughout the process the staff had kept tabs on and in contact with multiple possible transfers to add to the roster should Keels make the move… he did. Unfortunately for Jon Scheyer and company the choice was a tough one for the freshman, one that took him to the 11th hour to decide. While it may have possibly handicapped the staff in terms of what they could promise and deliver to a perspective transfer, loyalty to Trevor and his process is something that the program will always abide by. Once the decision was made there were rumors abound regarding guard Courtney Ramey, a solid veteran guard out of Texas with a reputation as a lock-down defender and even prior to Keels announcement Jacob Grandison, a big guard out of Illinois with a similar build to the departing Keels but a solid stroke from beyond the arc, seemed to possibly be in play.

Behind the scenes talks had begun with a certain international prospect, one who was already committed to Duke. Tyrese Proctor, the lanky 6’4 combo guard out of Australia entered the picture and the stage was set for a reclassification. Proctor, originally slated in the class of 2023 will step onto campus after summer session and step into the role vacated by Trevor Keels.

What is Duke Getting in Proctor

What Duke is getting in Tyrese Proctor is a player with oodles of talent and a guard with high basketball IQ who can score the basketball, defend and make guys around him better.  Proctor is a native of Sydney, Australia, and has been developing his game at the NBA Global Academy. Proctor comes in with a reputation for shooting the ball well from 3 and the ability to play both on and off the ball.

“He has the look of a multi-year college player who can take some of the initiation burdens off the primary ball handler but also make shots from beyond the arc. What you notice first about Proctor is the jump shot. He has excellent fundamentals, with a high shot pocket and a repeatable release. He is a consistent shooter off the catch.

Proctor is also an advanced passer. He can whip the ball around, left-hand, right-hand, one-hand, etc., creating looks for his teammates in the half-court. These two aspects of his game are truly high-level.”

Will the addition of Proctor preclude the Blue Devils from making another addition? Hard to say. The two glaring holes on the perimeter, in my opinion, will be defense and experience. Surrounding a junior point guard with a handful of freshmen is never the ideal scenario but sometimes you can’t necessarily dictate your own circumstances. Looking at the lineup from top to bottom there does seem to be a good amount of minutes available for another guard. One scenario for the perimeter could be:

The quandary for Scheyer and company will be convincing a worthwhile transfer that it’s a role worth taking. There’s a fine line to walk with what it appears Jon Scheyer is working towards which is not doing anything that will be detrimental to the development of his young guys. His trajectory and vision are going to be much different from Coach K who knew he was coaching on a limited timeline. Duke’s new coach will need to build a more sustainable model which means possibly enduring the bumps and bruises of letting a young team develop over a number of years and melding a mix of high level talent with guys that have a longer runway.

Coach Scheyer has definitely put shooting at a premium as well as interchangeable parts. The key will be getting guys in, seeing how they mesh and getting them to commit to things on the defensive end. That is the remaining question mark in my eyes.

This is Jon Scheyer’s first year at the helm and with that he’s had to remake the team, for the most part, from top to bottom. There is going to be an adjustment that needs to happen for the fanbase who are used to seeing a revolving door of players that come in day one as NBA talent – Scheyer has to be much more focussed on development. That’s a model that a young coach needs to have to build a program and honestly to maintain sanity.