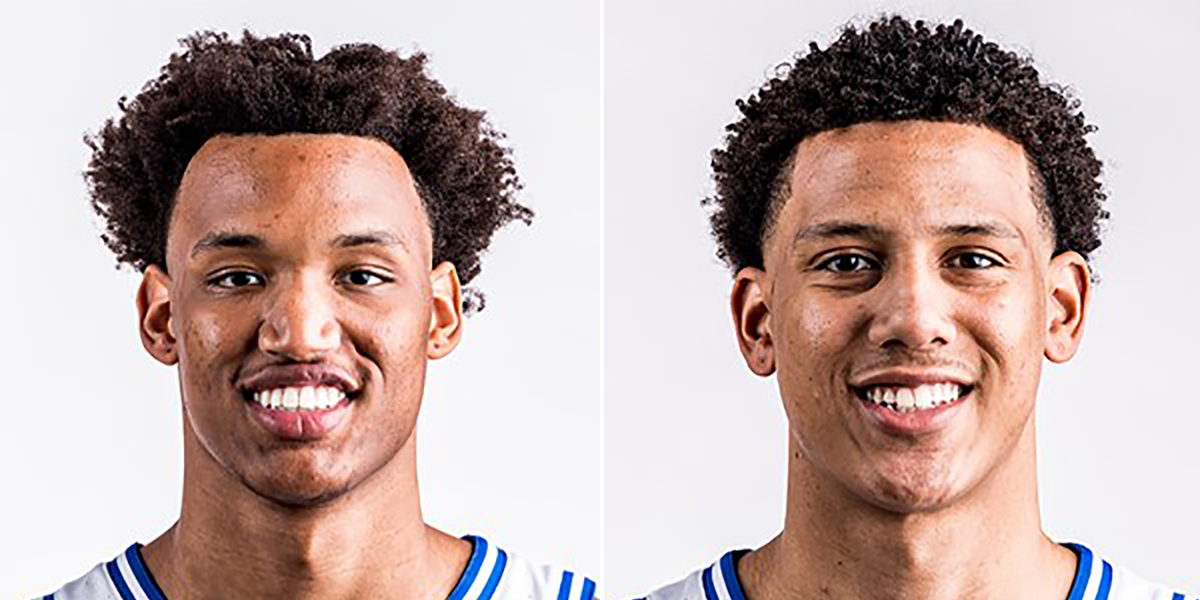 By Brian HoraceNovember 4, 2020No Comments

Sophomore Wendell Moore and freshman Jalen Johnson have been named to the THE JULIUS ERVING AWARD 2021 PRESEASON WATCH LIST. The Julius Erving Small Forward of the Year Award is an annual basketball award given by the Naismith Memorial Basketball Hall of Fame to the top men’s collegiate small forward.

Named after Class of 1993 Hall of Famer and 16-year professional basketball player Julius Erving, the annual honor in its seventh year recognizes the top small forwards in Division I men’s college basketball. A national committee of top college basketball personnel determined the watch list of 20 candidates.

A 2019-20 ACC All-Academic Team selection, Moore registered 7.4 points, 4.2 rebounds and 1.9 assists per game in 25 contests during his freshman season. The Charlotte, N.C., native had several marquee performances for the Blue Devils, including his game-winning tip-in to beat North Carolina at the buzzer in overtime on Feb. 8. Moore also scored a career-high 25 points at Wake Forest on Feb. 25 and set a Duke freshman single-game record with 15 made free throws.

Johnson enters his rookie campaign as the No. 12-rated player in the ESPN 100 rankings for the class of 2020. The Milwaukee native was the top-ranked prospect in the state of Wisconsin, and averaged 24.6 points, 10.9 rebounds and 4.8 assists in nine games during his senior year at Nicolet High School. A 2020 Jordan Brand Classic selection, he played for Team Phenom University in the Nike Elite Youth Basketball League (EYBL) in the summer of 2019 alongside fellow Duke newcomer Jaemyn Brakefield. Johnson is one of three freshmen nationally named to the Erving Award watch list.

In late January, the watch list of 20 players for the 2021 Julius Erving Small Forward of the Year Award will be narrowed to just 10. In late February, five finalists will be presented to Mr. Erving and the Hall of Fame’s selection committee. The winner of the award will be presented on Friday, April 9, 2021, along with the other four members of the Naismith Men’s Starting Five. Additional awards being presented include the Bob Cousy Point Guard Award, the Jerry West Shooting Guard Award, the Karl Malone Power Forward Award and the Kareem Abdul-Jabbar Center Award, in addition to the Women’s Starting Five.