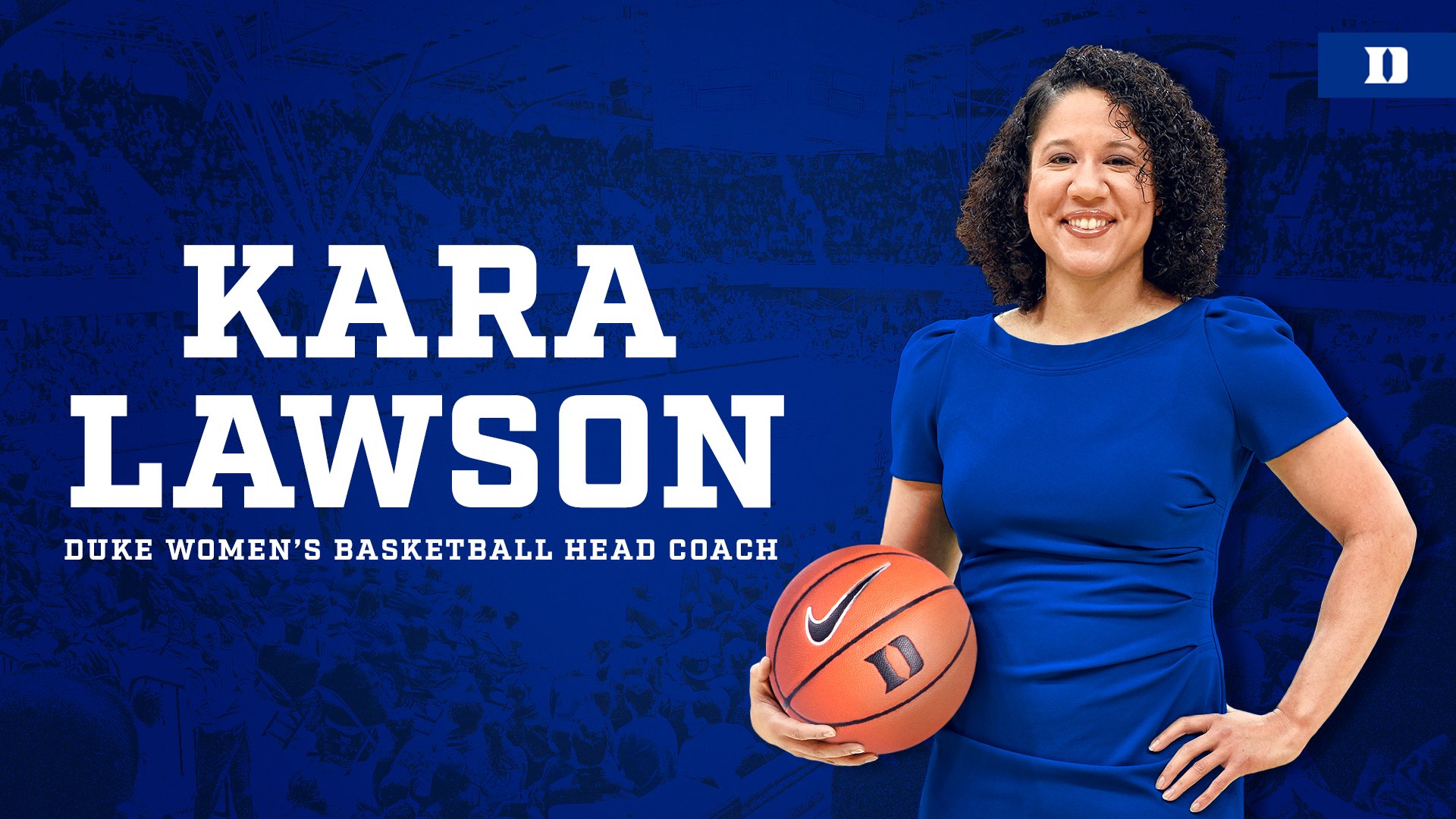 Duke Women’s Basketball has secured their new head coach after the resignation of Joanne P. McCallie, who coached the Blue Devils from 2007 to 2020. 39 year old Kara Lawson will step into the role in Durham. McCallie finished her Blue Devils career with a 330-107 record (.755) and a record in the ACC with 150-56 (.728). Under McCallie the Blue Devils reached the Elite 8 4 straight times. She was ACC Coach of the year twice and coached 3 ACC Tournament Champions.

Kara Lawson leaves an assistant coaching stint with the Boston Celtics. She is a former American professional women’s basketball player in the Women’s National Basketball Association playing from 2003 to 2015. Lawson played at Tennessee under Pat Summit from (1999–2003) and was the 5th overall pick in the 2003 WNBA Draft as a point guard. Lawson is also a 2x Gold Medalist.