By Brian HoraceJanuary 1, 2014No Comments 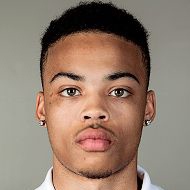 I recently spoke with pure-shooting class of 2016 point guard Lamonte Turner who has been lighting it up as of late. This future Division 1 point guard has a jump-shot that is pretty to watch and is becoming one of the top point guards in the class. College coaches are taking an interest and his offer list is growing by the day. Here are some highlights of the young man and also what he had to say when I caught up with him:

Dukeblogger: First off man  thanks for the time man, I appreciate it.

Lamonte Turner: No problem, no problem, thank you.

Dukeblogger: Just had  a couple of questions for you.

Dukeblogger: So what do you think is the strongest part of your game.

Dukeblogger: What do you feel are parts of your game that you want to work on before you get to the next level?

Lamonte Turner: Just being a point guard, being able to run a team, getting everyone else involved and making the right decisions.

Dukeblogger: Is there a player right now in college  or the pros that you kind of mold your game after?

Lamonte Turner: Definitely Kyrie Irving, I try to do his workout, I  watch his highlights, I go practice his moves. I definitely try to mold my game after Kyrie Irving.

Dukeblogger: That’s a real good one to model your game after, definitely.

Dukeblogger: So you have one of the purest jump-shots Ive seen in your class, is that part of your game that you’ve focussed on a lot lately

Lamonte Turner: When i was younger, defenders would never play off me, so I’ve always been a fan of getting in the gym and shooting up a lot of shots, trying to be consistent so it’s a part of my game Ive put a lot of focus into.

Dukeblogger: And it seems like that ability to shoot makes you able to play both guard spots is that also something you’ve wanted t work on? Being a combo guard?

Dukeblogger: Obviously you’ve had some interest from some big schools can you name a few you’ve had contact with?

Lamonte Turner: You mean like in offers or just in recruiting?

Dukeblogger: Who is recruiting you right now the hardest?

Lamonte Turner: I would have to say probably NC State or Florida those two are recurring the hardest.

Dukeblogger: This are some pretty big names

Dukeblogger: Hows your team doing so far this year?

Lamonte Turner: We’re doing pretty good, took some tough losses to some teams we think we’re better than our 11 and 3 right now, we’re doing good, we’re gonna get better, we’re getting to that part of the season where we are definitely going to start playing a lot better.

Dukeblogger: What kind of things do you do away from basketball, what do you do for fun?

Lamonte Turner: I go to the movies, i watch a lot of movies, I like watching movies, hang out with friends and family, thats always good. Really I just play basketball I like basketball.

Dukeblogger: Nothing wrong with that man, I appreciate the time, thats all I got for right now, good luck on the rest of your season, I look forward to hearing and seeing more good things about you.

Lamonte Turner: I appreciate that