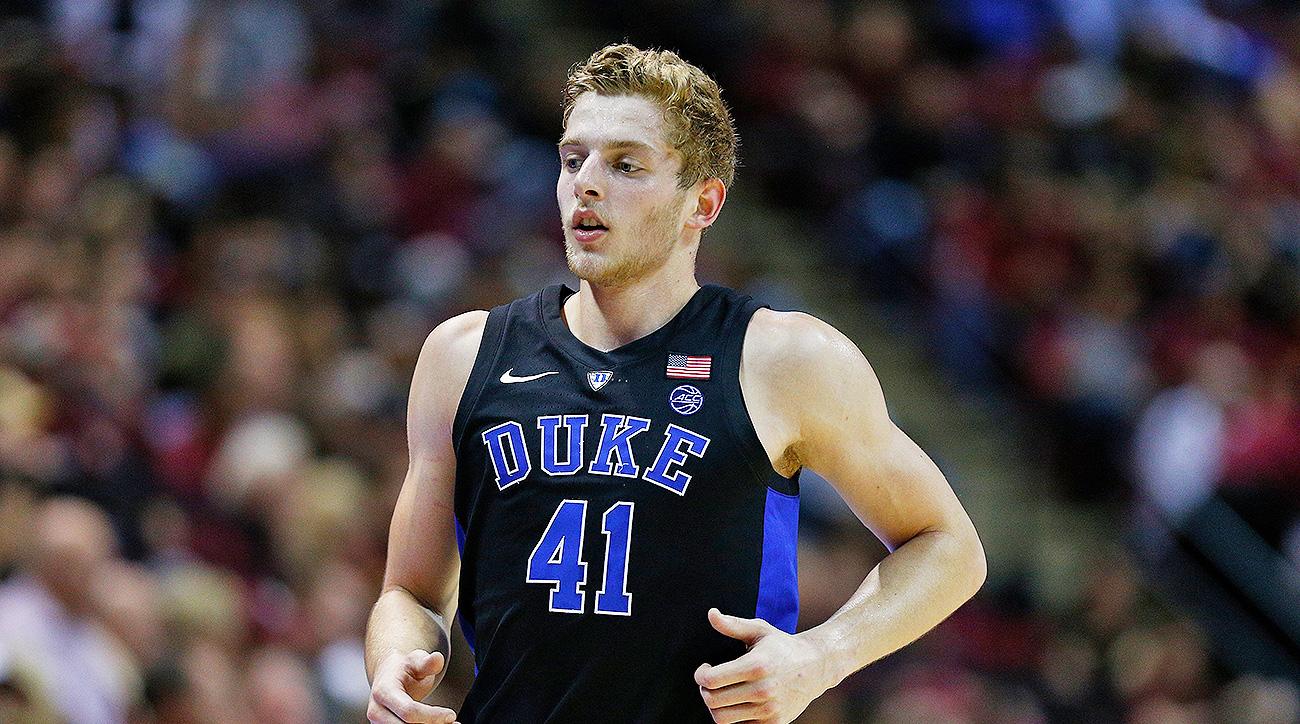 Jack White took some time to do a zoom call with media where he discussed his new signing, his part to support Black Lives Matter and his time at Duke.

On his involvement in Black Lives Matter protests in the Durham area:

“It’s something that I’ve definitely learned about over my time in the U.S., especially. My girlfriend is black. My best friend, Javin [DeLaurier] is black. A lot of people that are very close to me are people of color and go through things that I don’t experience as an international person in the U.S. and just as a white person. Just seeing the events that transpired, to come to that point where there were protests and everything like that, I really tried to educate myself and try to come to a better level of understanding so I could really just support my friends and people that I care about in this time. When my girlfriend, or Javin, for example, saw what happened to George Floyd –- he’s getting killed and you just feel like that could’ve been anyone. It’s not just him, it could’ve been anyone. I just really felt like it was appropriate for me to stand in solidarity, as did a lot of people who weren’t people of color at those protests. I just try to stand for the right thing and what I was raised to believe was right, and that’s that everyone should be equal and no one should feel unsafe or at a disadvantage to anyone else just because of something they can’t control. It was a big thing for me to step up, understanding that I have a platform and people look up to me. I have a pretty strong voice, I’d like to think, so for me to be there, especially as a white man, to stand up and acknowledge that something’s wrong and as a community we’re trying to stand up against it. I thought that was the right thing to do.”

On head coach Mike Krzyzewski calling him ‘The best teammate ever’:

“First of all, that made me feel really good. I’d probably have to disagree with him actually, though. I really think in my experience, J Rob [Justin Robinson] was one of the most selfless [people]. He just cared about you a lot. He was super selfless, and he just really wanted to see you do well. I’ve got to say, I was just so happy for how his stuff finished up and March Madness would’ve seen a new player come into light with J Rob, I reckon. Obviously, it was a huge honor for me to hear him say that and just to have him be part of my career for the four years, especially in the stage of his career that he’s at, and to be able to be captain twice of his teams and learn from him on a daily basis, I feel like I’m one of the luckier basketball players on the planet in terms of that stuff. Just to have him on my side and pushing me every day, and just watching him push himself every day like he’s not 72 years old, it’s just incredible. To hear him say those nice words about me, it definitely made me feel good.”

On how his family reacted to him signing his first professional contract:

“They were really happy about it. Throughout the whole process of me deciding, I really kept them in the loop. It was funny, even though I’m 22 years old now, I’m still kind of checking in with Mom and Dad and seeing if they were all good with my decision and everything like that. They were really happy. It’s a bit of a bonus that the best spot for me was in Melbourne, so I’m about a two-hour drive away from my hometown. I haven’t been that close to home in six years. It feels a bit weird being home for good, per say, because I just haven’t had that feeling in a while, so just having the opportunity to hang out with my family and friends whenever I got back to the country has been good. They were really happy for me and I’m really happy where I ended up.”

On if there is a moment in his career at Duke that stands out as his favorite:

“The thing that probably stands out the most is just those big wins — the ACC Tournament wins my freshman and junior year were huge, just because it’s all part of the group getting that done. That’s probably the thing that I think about the most, actually, is just the different teams and groups that I’ve been able to be a part of and the amazing talent that I’ve been able to play with and build relationships with. Obviously, there’s a pretty big turnover each year, so just being able to have more or less a fresh start and bringing a team together, it’s a big thing. But I think really grinding to make that happen at the start of each season in the summer, you kind of work your way through and by the time you get to the postseason, you really feel like a tightknit group. Thinking back on that, just the relationships I’ve made with not only the players, but also the coaches and people around Durham and Duke in general – those are probably the things that stick out to me most. But if I was to highlight a moment, it was probably those big wins where we bring home a trophy or win a tournament, where our hard work feels rewarded.”

On what led to him signing with Melbourne United of the National Basketball League:

“Pretty much straight after the season was confirmed suspended – obviously, I’m a senior and I knew that the next step was coming after the season and that got obviously pushed forward a bit. I really just tried to start to work through that agent process and work out who was the best person to represent me and what I’m about. I signed to SIG Sports and agent Sammy Wloszczowski, which I’m really happy with and I guess from there, I already had pretty good relationships with teams in the NBL. Knowing coaches, it’s a pretty tightknit league. Especially as an Australian, I was already pretty familiar with all the players and coaches and everything along those lines. Teams, once they kind of got their finances and got themselves together, they started conversations with me and everything like that. I was pretty fortunate that I had every team in the league reach out to me in one way or another. I was pretty fortunate there in terms of my options, but I really thought Melbourne was the best spot for me regardless of it being one of the closer teams to my hometown and my family. I just really felt like I have a good opportunity there to come in. There are a couple big re-signings and veterans that I’m really excited to learn off on the team. Obviously, Dean Vickerman is a great coach. Every time I’ve come home in the summer between college seasons, I’ve been able to work out with them and they’ve been very welcoming of me, so I already had an existing relationship with him as well as a fair chunk of the players. I really just felt like it all kind of came together pretty well for me and I was pretty lucky.”

On what he learned about leadership in four years with Mike Krzyzewski:

“First, just being around Coach, and even just the coaching staff – they were all captains of his teams and are all familiar about what it takes to be a good leader in that team. When I came in as a freshman with Amile [Jefferson] and Matt Jones and obviously Grayson [Allen] – those kinds of guys, great guys to learn from straight away. They really did a good job of taking me under their wing and not only making me just feel welcome to the group, but it just felt like there was a real place for me and I could really grow within the Duke basketball program. Just understanding that leadership is something that you can even exhibit when you don’t think you are. When you are a leader, the things that you don’t think are that important pull more weight than you think. The little things, in terms of just checking in with a teammate after a game or playing your [butt] off at practice, just leading by example and getting the talk going, getting the atmosphere going and little things like that. I think really, just understanding that you can control your environment. That was probably the biggest thing that I learned from coach, is that he really controlled his environment, put himself around really good people and constantly reinforced what he believed in and tried to take us – his team – with him on the path of success. That was something that I really try to emulate. I’m a pretty verbal person on the court. I like to talk a lot, but understanding that you’ve got to have action to back that up and that’s really what gives your words substance. You can’t expect other people to do what you ask if you’re not doing it yourself.”