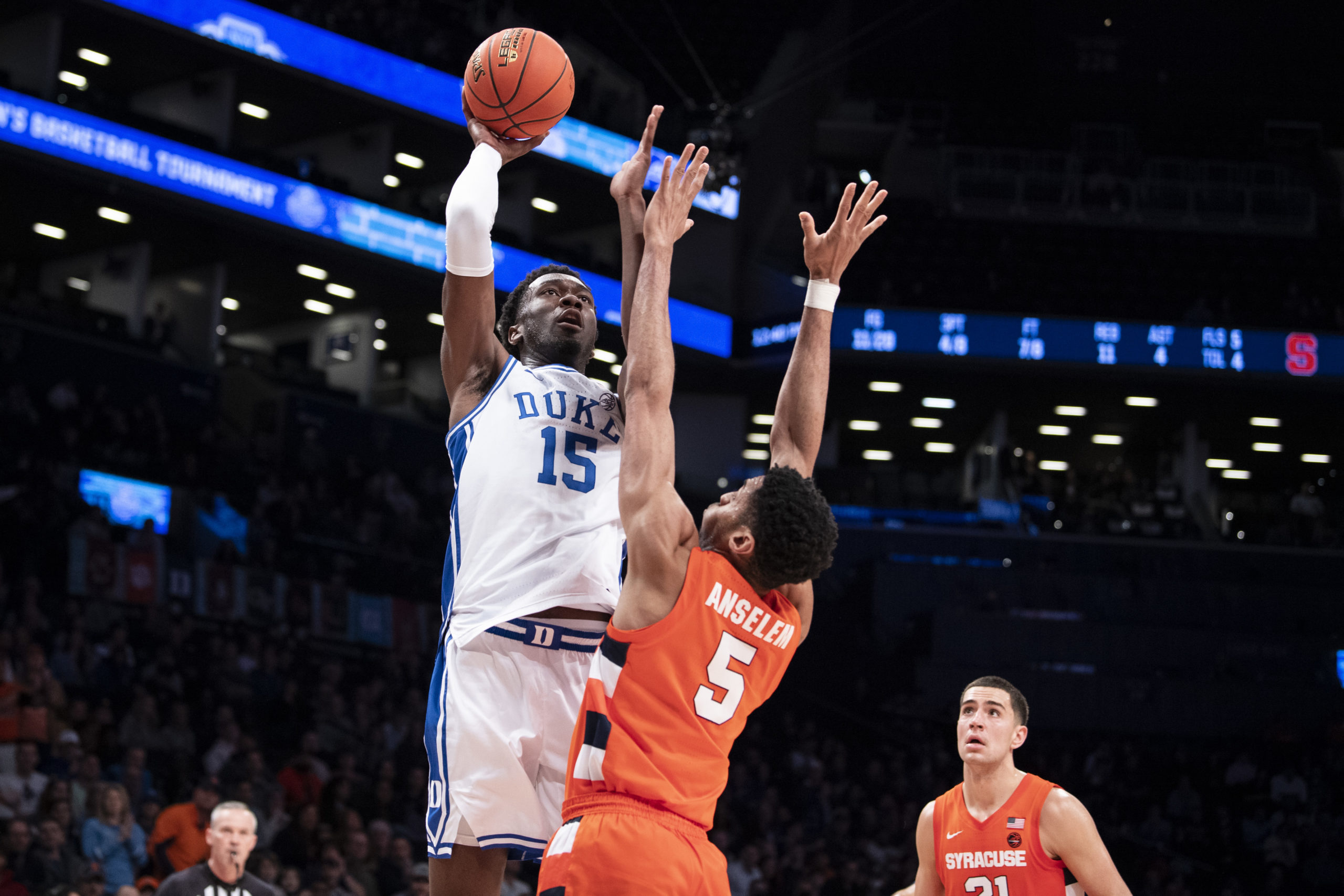 By Brian HoraceMarch 10, 2022No Comments 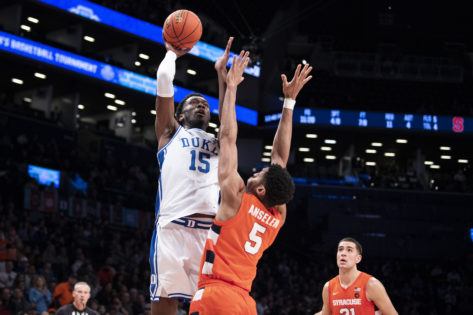 Many expected Syracuse to roll over for the Blue Devils without their leader and arguably their best player Buddy Boeheim, who would miss the game do to a suspension,  apparently Duke players were among that many. I mentioned yesterday that missing a key cog in their lineup, while possibly a net negative for the Orange, also could be a net negative for the Blue Devils. It becomes hard to scheme for a team that probably has to do things differently than you have tape for and Syracuse did that. They used a “chip on our shoulder” mentality to put the Blue Devils in a ton of game pressure.

The Blue Devils spent 2 games shredding the Syracuse zone so Boeheim threw several different defenses at the Blue Devils – varying between Man to Man, 2-3 and a Triangle and 2 defense. While it gave Duke a ton of open looks, which they capitalized on early, when those shots stopped falling Duke hit an offensive rut, falling in love with the 3 and not playin aggressively. Even worse than the offensive rut the Blue Devils got themselves into, they have hit a multi-game rut defensively. Duke played poor and porous defense against UNC and that effort carried into their inaugural game in the ACC Tournament as well. There were miscues all over, starting with lazy closes on 3 point shooters, missed assignments and inexplicably leaving the best shooters on the floor open – multiple times. Duke seemed to inject life into the Orange and they went from hitting open shots to hitting unbelievably tough shots. Belief is a powerful drug. 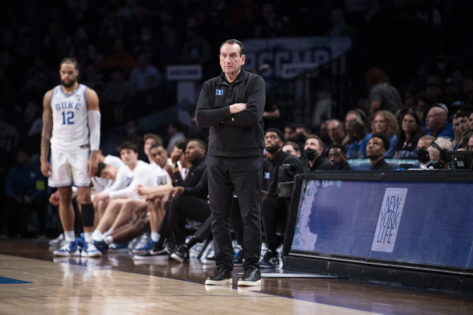 Syracuse, well aware they were playing a young team, used their moxie as well as their knowledge of the game to confound the Blue Devils who seemed to have left all theirs somewhere in Pittsburgh. Jimmy Boeheim, who is by no means a scrub but far from a world beater torched the Blue Devils for 28 points on 11-20 shooting. Joe Girard also had a huge game for the Orange, scoring 23 points on 7-17 shooting. It’s not like the Blue Devils were run out of the gym, they won the game, just in less impressive fashion than expected. The letdown for the Blue Devils is that they’ve been a defensive minded team for the majority of the season and for 2 games it seems to have escaped them.

A 3-pointer by Jimmy Boeheim put Syracuse up by 7, their largest lead of the game, at the 16:34 mark. The Blue Devils used a 12-3 run to regain the lead but lost Cole Swider who stuck another 3-pointer to give Syracuse a one point lead. Duke never surrendered the lead again until the 3:32 mark on a Jimmy Boeheim layup off of a Jeremy Roach turnover. Syracuse would not score again. The Blue Devils down 1 point, ended the game on a 10 – 0 run. The sense of urgency for the Blue Devils materialized and the defensive effort picked up.

So where does this game leave the Blue Devils? In my estimation, with a lot to clean up and very little time to clean it. This team knows how to play defense and it’s unfathomable how they seem to forget it in stretches. They have the firepower to recover but putting yourself in needless peril seems like a bad recipe this month.

The biggest issue for me was something revealed in the post game comments by Mark Williams. He noted that he was thinking about this possibly being the last time they get to play in this tournament. While I understand that sort of thinking, one has to wonder if the gravity of everything is sinking in for this this team. Can you focus on the mission at hand with that amount of pressure? I’m not 100% certain. I can’t imagine relaxing and enjoying playing with that sort of weight on me. If this was a team of juniors and seniors, maybe, as a team of mostly freshmen and sophomores who are essentially freshmen? It’s hard to say but a lot has to change and most of it is mindset.