By Brian HoraceAugust 20, 2013No Comments

There are many keys to the upcoming season’s success for Duke, some of which are known entities and some that are still questions. All signs point to guard and perimeter play being a strong weapon for Duke. Duke is blessed with great experience at the guard spot in senior Tyler Thornton, junior Quinn Cook, sophomore Rasheed Sulaimon, senior Andre Dawkins and playing the role as understudy freshman Matt Jones. In order for Duke to maximize potential and opportunity for success it is going to need the ability to score the ball on the inside. Relying on outside shooting, while usually a strength for the Devils, can be a recipe for disaster if it isn’t coupled with an honest post presence. That post presence can be achieved several different ways and I will try to break down the likelihood of each method.

In a perfect world Duke would be able to start Marshall Plumlee or Amile Jefferson at the center position. Being a 7 footer is not a teachable asset but what do we really know about MP3’s game? Not a whole lot. Playing only sparingly during his first official active year due to injury, most have written off Marshall but true Duke fans know that one of Coach K‘s mottos is “run your own race” and we as fans need to give Marshall the space to do that without dismissing him for not being his brothers. The few times we actually got to see Marshall Plumlee on the court it was not a thing of beauty but what I hope is that in the same fashion as Brian Zoubek before him, better late than never. Marshall has a great attitude, is not down on himself and has the physical skills to compete. If he can marry that positive attitude with a couple of go-to post moves he should have a solid season either in a starting or back-up role.

It’s one thing to be a 7 footer, it’s completely another to play like a 7 footer. Hopefully, Marshall will embrace “being big” something I’ve heard Coach K, on more than one occasion, have to say to a Duke big man – “play big, be big”. Some of this applies to offense and some to defense. Catching and keeping the ball high on offense, away from slapping hands is a must for Plumlee, having the core strength to not have to gather himself before going up for put-backs or off of post passes is a trait that could come in handy for the 7 footer. The benefits of playing with Quinn Cook at the guard position should pay dividends for Marshall should he get adequate time on the court.

There is also the possibility that the 6’9 Amile Jefferson could get the starting spot in the post for Duke -in fact, all signs are pointing to that as the case. With Duke expected to run a much more up-tempo style of offense this would feed right into the theory that Amile will get the nod at center. Being much leaner at around 215lbs, quick and a good finisher, Amile is a perfect fit for that quick strike offense that we are expecting to see. The only drawback to Amile being the man in the middle in the half-court is the same as what makes him perfect for the faster style, his size. While 6’9 and 215 isn’t too small for a college 5, he will definitely be, at times, giving up a good amount of height and weight although his 7 foot wingspan should aid him at both ends of the court.

The other power forward on Duke’s roster is Josh Hairston, and while undersized at 6’8 he does possess the girth (235lbs)Â  to bang with some bigger players in the middle for offensive and defensive rebounds. Where Hairston is limited on offense, his go-to shot has generally been a mid-range jumper that is pretty hit or miss at this point in his career. He has shown potential as a decent rebounder and garbage man around the rim and those types of points and recycled possessions could really off-set a poor shooting night a la the championship year in 2010. 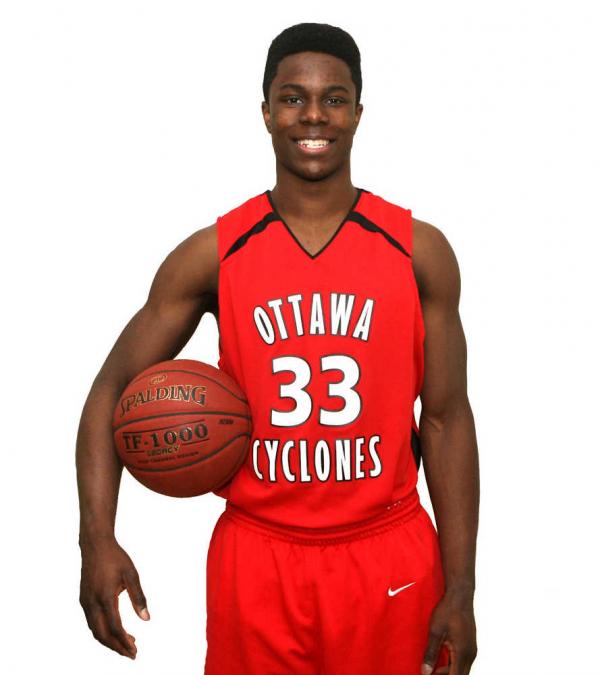 Freshman Semi Ojeleye is one of the many unknowns at this point. What we do know of Semi is his physical ability (6’7 / 230). Semi can jump out of the gym, has a great physique and scored a hell of a lot of points in high school. We haven’t seen what he can do against elite competition and we have yet to really see is where his strengths lie. I don’t foresee Semi being a productive post player, and that’s not to say he can’t be, it’s just not something I have seen from him as of yet. He will be one to watch and we should know soon what the young freshman can bring to a pretty full table this year.

Duke, on occasion, employs non-traditional means of garnering points in the paint and Duke has a multitude of non-traditional forwards that are for the most part perimeter players. Jabari Parker, Rodney Hood and Alex Murphy are all between 6’8 and 6’9. Just as Ryan Kelly did last year, each of Dukes stretch 4 players has the ability to draw bigger players away from the basket but each also has the ability to drive the basketball as well.

It’s hard to say exactly how Duke will use each “going forward” with only Alex Murphy actually having played in a game for Duke. What we know about Rodney Hood is what we saw at Mississippi State, he is an adept 3 point shooter but isn’t afraid to challenge a bigger player at the rim. He also can handle the ball well and in addition to being listed as a forward he can also be used at guard. He should be able to post up smaller players for easier shots as Ryan Kelly did last year at times.

Alex Murphy with another year under his belt should be able to contribute much more to the cause. Duke does not have a “big 3” like they did last year and minutes should be there for the taking. Murph has shown flashes of being able to put the ball in the basket and obviously with more floor time his confidence will improve and to get that floor time he must step up his defensive game. I think another off-season in the gym and another year to know exactly what is expected on both ends should do wonders for his game this year.

The other option at that spot is freshman Jabari Parker. Jabari comes to Duke with a lot of “hype baggage” and one has to wonder if that baggage will weigh on the freshman. Parker says all the right things and is clearly a good teammate but one has to wonder what role he sees himself in or better yet what role do the coaches see him for him. At this point everyone knows that Parker is a talented kid, smart, makes the right play, high basketball IQ (hate that phrase) – but if Duke really wishes to embrace the versatility of Jabari Parker they will use him all over the floor. As good a shooter as Parker is I honestly don’t want to see him settling for the first shot he gets. I love the outside shot as much as anyone, but where I think Parker can really be an impact player is around the foul line and inward. 10-15 foot jumpers, posting up or even driving to the basket using the slip screen as Kyle Singler used so often. I see the coaches giving him the green light to be that wild-card player, and let the situations dictate the delivery. Jabari clearly can put the ball in the basket at a very high clip in the mid-range game and that could open up even more high percentage opportunities at the rim and consequently at the foul line.

While Duke may not be typical in how they attain their interior scoring I do believe that each player at the forward and center spot has the chance to give Duke an added dimension and exactly what it needs to go far in the tournament and hang another banner in Cameron Indoor Stadium.