By Randy DunsonFebruary 16, 2016No Comments

When you think of college basketball, there are a few iconic programs that immediately spring to mind. It is always a little exciting when a pair of those programs clash in a big match-up. Wednesday marks the first 241st edition of the Tobacco Road Rivalry, and this season, it begins at the Dean Smith Center when the 20th-ranked Duke Blue Devils travel to Chapel Hill to face 5th-ranked North Carolina Tar Heels.

There may be no better game on the Wednesday NCAA basketball calendar than this one. You have the defending champion going against the team that many believe will win it all this year, and that makes for a tasty wagering proposition.

Duke has dominated the recent history between the two teams. Mike Krzyzewski’s side has won three straight, five of the last six, and seven of the last ten against the Roy Williams’ side. Their last matchup came at Chapel Hill last March. Tyus Jones led Duke to a massive 53-point second half, giving the eventual national champions a seven-point win over the Tar Heels.

After experiencing a vertigo scare last week against Boston College, it is good to see Roy Williams back on the bench coaching, especially for a game of this caliber. Williams is 10-15 against Duke as the coach of Carolina and 11-18 overall. Meanwhile, Coach K has notched 42 career wins over Carolina.

In Carolina’s losses this year, rebounding has been a problem for them, especially in their most recent loss to Notre Dame. Though the fifth-ranked Tar Heels outrebounded the Fighting Irish by one, 41-40, Notre Dame notched 20 offensive rebounds with starters Bonzie Colson, Zach Auguste, and Demetrius Jackson notching 14 of them. Carolina will need to be sure to not give up many second chance opportunities or else, they will find themselves in yet another losing proposition.

On the season, particularly after the loss of Jefferson, Duke is a middle-of-the-road rebounding team, averaging just over 37 a game. Meanwhile, Carolina is averaging over 40 rebounds a game, which ranks them as one of the top 30 rebounding teams in the country. However, Notre Dame averages less rebounds compared to Duke, so if the Blue Devils get themselves in prime position on missed shots, they could definitely come away with a road victory.

Players to Watch For

Brandon Ingram: The 6’9’’ forward is one of the highly touted prospects from this year’s class. He is currently averaging 17 points and six rebounds a game as well as an assist, steal, and a block. A stellar performance in a big-time rivalry game like this will solidify him as the second-best prospect behind LSU’s Ben Simmons.

Brice Johnson: In a battle of freshman vs. senior, Ingram is most likely going to be matched up with Carolina’s 6’9’’ forward, Brice Johnson. The senior leads Carolina in both scoring and rebounding, averaging a double-double of 16 and 10. He also adds in an assist, steal, and block as well, just like Ingram.

Why the Blue Devils Will Win 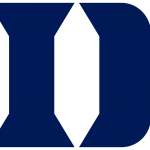 Just a couple of week ago we were talking about how this Duke (19-6, 8-4) team was a pale shadow of the one that won it all. Things have changed dramatically in that time, though, as Duke have won four straight, and have knocked off a pair of ranked opponents in the process. This is beginning to look like a team that has its swagger back, as well as one that is gearing up for a deep run in the Tournament. A trio of those four wins came on home court, but the Blue Devils have also managed to win two of their last three on the road. More importantly, though, they have momentum on their side, as they are really starting to look like a team that is peaking at just the right time. Duke is averaging 83.4 PPG, and is giving up 70.9 PPG.

Why the Tar Heels Will Win 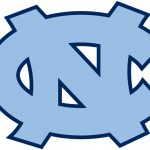 Like many of the teams that have sat atop the rankings this season, the North Carolina Tar Heels (21-4, 10-2) have had a little fall from grace. Back to back losses versus Louisville and Notre Dame dropped them down, but they have since climbed back to #5 with two wins in a row. The first of those wins was a rather nervy looking one against Boston College, but the Tar Heels looked more like their old selves with a hefty thumping of the Pittsburgh Panthers in their last game. North Carolina has only had three games versus ranked opponents, but they did manage to win two out of three, although that lone loss did come in their last meeting against ranked Louisville. The Tar Heels are averaging 83.8 PPG, and are giving up 70.2 PPG.

Despite rankings, there really is not much that separates these two teams. Both are extremely talented but have underperformed throughout the season. What this game will come down to is which team has more players that can deliver in the clutch moments, which Duke has with Ingram, Allen, Luke Kennard, and Matt Jones. I am sticking my neck out and will go with Duke 82 – North Carolina 77.

Eight Notables to Watch for in This Game