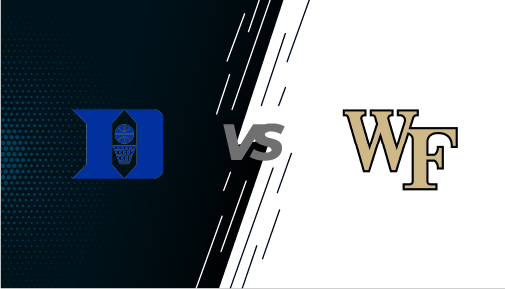 By Brian HoraceFebruary 14, 2022No Comments

Wake is 20-6 and 10-5 in conference. Had won 3 in a row before losing to the Hurricanes. They have wins over UNC and UVA. Wake is second in the ACC in scoring, 3rd in blocked shots and 4th overall in rebounding they are first in field goal percentage.

Duke and Wake are first and third in scoring offense and first and third in three-point defense; first and fourth in blocked shots and second and fourth in rebounding margin. Wake and Duke are first and second in the ACC in field goal shooting. A grad transfer from Oklahoma, Alondes Williams averages 19.8 points, 5.2 assists and 6.9 rebounds to pace Wake in all three categories — his scoring average and assists per game also lead the ACC, while he ranks fourth in field goal percentage (.532).

Jake Laravia and Daivien Williams round out the double figure scorers at 14.4 and 12.8 respectively with Laravia contributing 6.6 rebounds and 3.8 assists as well.

The Blue Devils have won seven of their last eight, including five straight ACC road wins. Duke is in a first-place tie in the ACC and holds the tiebreaker over the three of the five teams within 1.5 games. Leading the ACC in both field goal defense (.402) and three-point defense (.291), the Blue Devils have allowed opponents to shoot .267 from three-point range since Jan. 1 (68-of-255) — the best three-point defense by power conference teams in that span. The Blue Devils are also leading the conference in rebounding, assists and blocked shots.

Paolo Banchero leads a group of 4 double-digit scorers, averaging 17 and 8.7 rebounds to lead the team. Wendell Moore leads the Blue Devils in assists at 4.4 per game, he also averages 13.7 points and 5.6 rebounds per game. Trevor Keels and Mark Williams are also averaging in double figures for the Blue Devils with Keels at 12.1 and 3 assists and Williams at 10.4 points and 3 blocks per game. Keels is averaging a team-leading 15.3 points and shooting .541 from the field and .533 from three over the last four games, including 25 points and a career-high 11 rebounds at Clemson — just the sixth game in the Coach K era of player going for 25 and 10 with no turnovers. Duke is 15-1 this season when Keels scores in double digits.

Behind 24 points from Paolo Banchero and 22 from AJ Griffin, the Blue Devils won the first meeting at Wake Forest, 76-64, on Jan. 12. Alondes Williams scored a game-high 25 points, but Duke limited Wake to just 2-of-16 from three and forced 15 turnovers.

Duke vs Wake Forest: Keys to the Game

Wake comes into Cameron as another very experienced team and so once again the Blue Devils have to play play older. They cannot turn the ball over against the Demon Deacons. The games where Duke has secured the basketball they’ve won. Hopefully with a bit more rest and a return home after a grueling two game road trip the Blue Devils will be rejuvenated and can match the energy of a good Wake Forest team who come in as a 20 game winner.