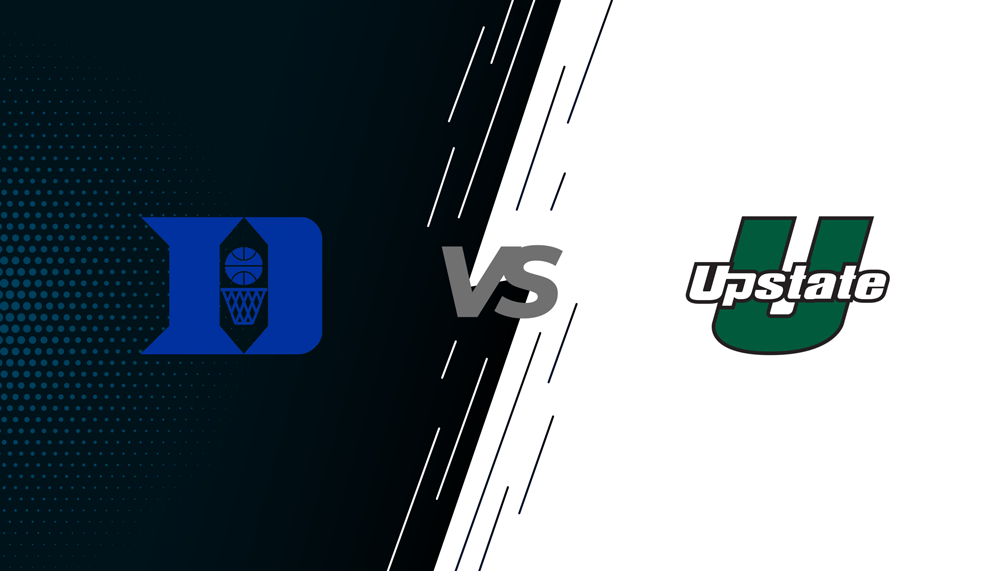 By Brian HoraceNovember 11, 2022No Comments

Fresh off a season-opening win on Monday night, No. 7 Duke welcomes USC Upstate to Cameron Indoor Stadium on Friday evening. The Blue Devils ushered in the Jon Scheyer era by beating Jacksonville, 71-44, on Monday thanks to four in double-figure points. Freshman Mark Mitchell scored a game-high 18 and classmate Kyle Filipowski (right) recorded a double-double with 10 points and 12 rebounds. Junior guard Jeremy Roach, a preseason first-team All-ACC pick and a member of the watch list for the Cousy Award, returns after helping lead Duke to the Final Four, an ACC regular-season title and a 32-7 mark last season. Roach, who scored 16 on 4-of-7 shooting from three-point range in Monday’s win, averaged 8.6 points last season, but upped that to 11.8 points and 3.0 assists in Duke’s five-game run to the Final Four as he was named to the West Region All-Tournament Team. Roach is the Blue Devils’ lone captain for 2022-23. The expectation is for injured freshman big man Dereck Lively to have his first game action Friday night

The Blue Devils shot 34.5 % from beyond the arc and 45.8% overall from the field in the opening night win.

Following Friday’s game, Duke faces No. 5 Kansas on Tuesday in the State Farm Champions Classic in Indianapolis. The game tips at 9:30 p.m. ET on ESPN. Duke and Kansas comprised half of last season’s Final Four in New Orleans with the Jayhawks winning the 2022 title.

Friday’s opponent, USC Upstate, is 1-0 after a season-opening 90-42 win over Brevard. Making his first start in an Upstate uniform Monday night versus Brevard, redshirt sophomore guard Floyd Rideau Jr. tied for the team lead in scoring with his ninth career double-figure scoring game as he was one of three 12-point scorers for the Spartans in the game. Complementing his team-high 12 points, Rideau Jr. led Upstate with three steals—a career-high—and tied for the team lead with two dunks, including one off a steal.

USC Upstate was 15-17 last season and 10-6 in the Big South, falling in the Big South semifinals to Longwood. Upstate opened the season with a 90-42 win over Brevard on Tuesday, with five Spartans in double figures. Dave Dickerson enters his fifth season as Upstate’s head coach and his 10th overall as a head coach after serving at Tulane from 2005-10. His overall career mark is 107-165. Dickerson played for Maryland from 1985-89.

Friday night’s meeting between the Spartans and Blue Devils marks the first meeting between the two programs in Upstate’s Division I era (2007-pres.). The game marks the 14th all-time game for the Spartans against an ACC team in the program’s Division I era with Upstate going 2-11 in such games, earning victories over Georgia Tech and Virginia Tech.